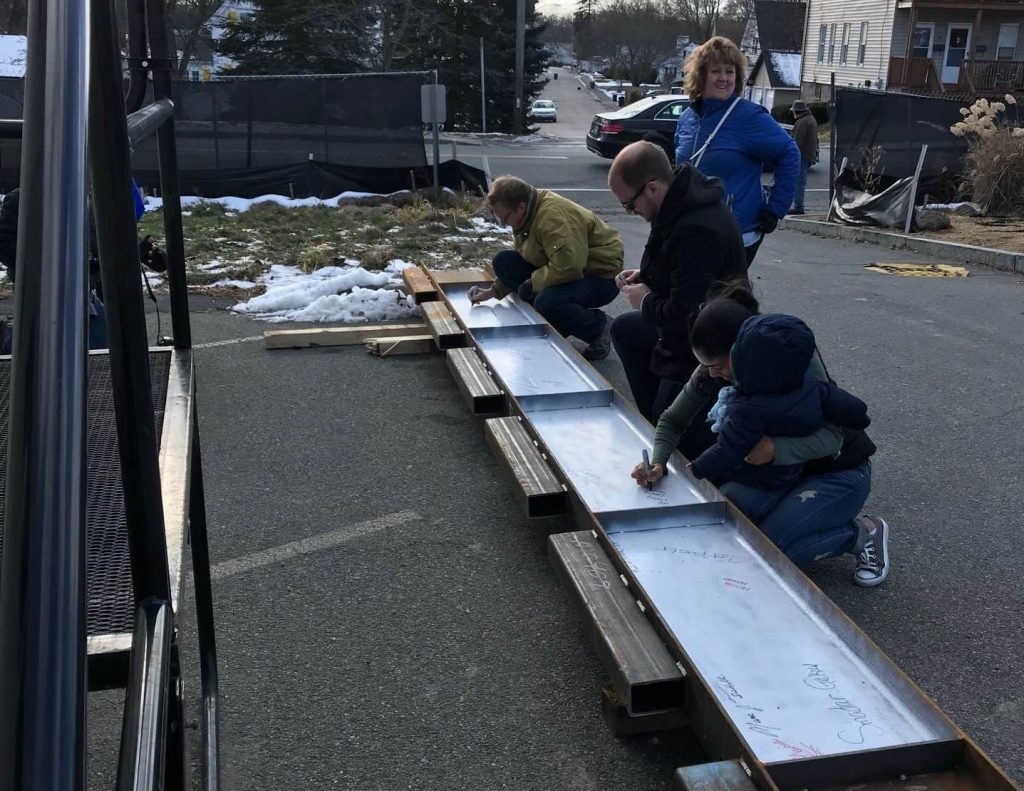 Traditional signing of the beam

Stoughton, MA – The town of Stoughton and Finegold Alexander Architects announced that construction has topped off for the Stoughton Library as of December 8, 2017. The project is expanding and renovating the current structure of 22,000sf to approximately 31,000sf, bringing thoughtful, program-driven spaces that are flexible, comfortable, and welcoming to more effectively meet the demands of a growing population.

The design will provide an entirely new experience inside and out. The interior will feature an expanded atrium concept, which will allow additional daylight into both the enlarged adult collection and the entry gallery. The entry will feature a tile floor, a larger circulation desk with a porcelain base and quartzite top, and self-checkout stations. Improvements to the children’s area will offer an enclosed craft and story hour space, and the reading area will feature all new flexible furniture options creating multiple activity and study areas. For young adults, the design will provide a separate, transparent but enclosed space. Similar attention has been given to the adult reading room which will have comfortable, flexible furnishings and workstations in a variety of seating arrangements. The community room will feature a variety of lighting options, new furnishings, and seating capacity for 200. 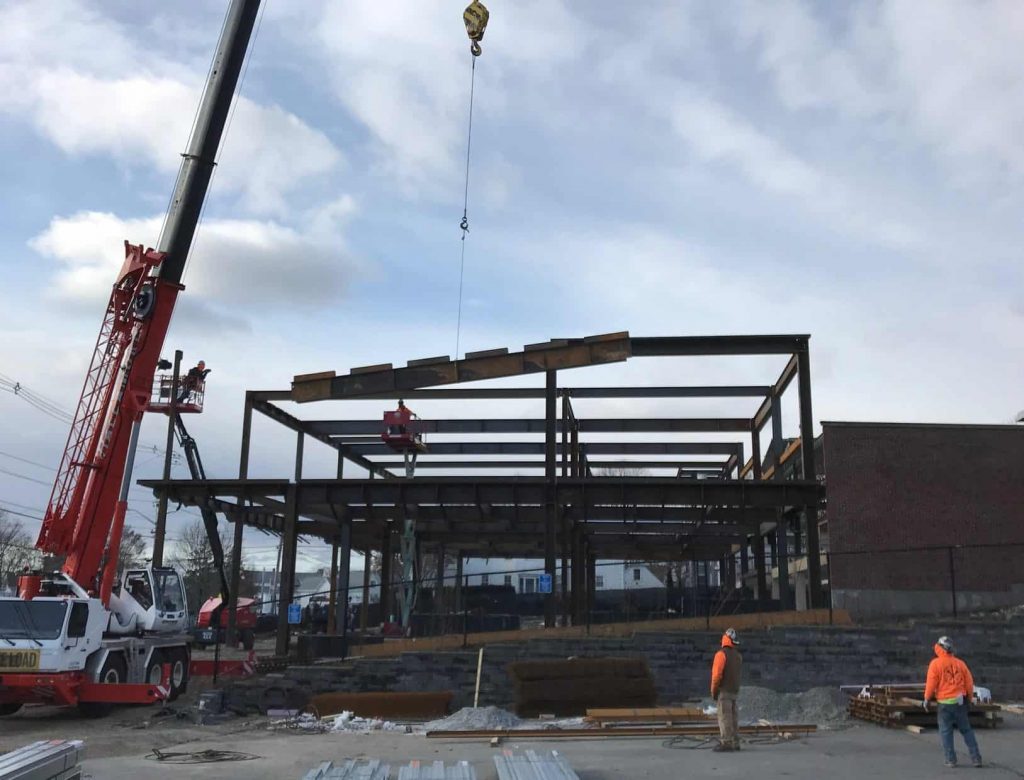 The design also creatively reuses the main structural and foundation elements of the existing building and will feature new façades and glazing, which creates the appearance of an entirely new building. The second floor will feature an addition that extends over the new main entrance terrace, creating visibility to the main road and the town green beyond.

All systems will be replaced with energy-efficient components, and new security and technology will allow the library to manage with its current staff headcount. The building will be universally accessible and will increase existing parking spaces as well as offering a variety of meeting spaces for library programs and community use.

The project will be complete and ready for move-in the fall of 2018.

“The Town of Stoughton has been working diligently to significantly improve our library to meet the needs of patrons of all ages,” said Pat Basler, Town of Stoughton, Library Director. “This topping off is an exciting milestone for the project.”

“It has been a pleasure to work with the Stoughton Library Board, and we look forward to completing what will be a state-of-the-art library facility for this wonderful town,” said Finegold Alexander Principal, Ellen Anselone.

The Stoughton Public Library originally opened its doors in 1969 with 22,000sf and a capacity of 96,000 books. By 2006, the population of Stoughton was about 27,000 and projected to be 30,000 by the year 2030. The collection was already over capacity at 100,000 books, and the Library was unable to meet the demands for public technology and computer access, community and meeting spaces, and technology training. In addition, the library hosts an extensive 17-language adult literacy program and needed updating for universal accessibility.

The existing 1969 library was well designed for its time with a large central stair, atrium, and clerestory windows throughout. The open plan was innovative and allowed the library to evolve for many years. With the advent of technology and the passage of time, the building became outdated.

The Stoughton Public Library completed a feasibility study in 2009. After securing funding through the Massachusetts Board of Library Commissioners and funds from the Town of Stoughton, the Board retained Finegold Alexander Architects in 2015.