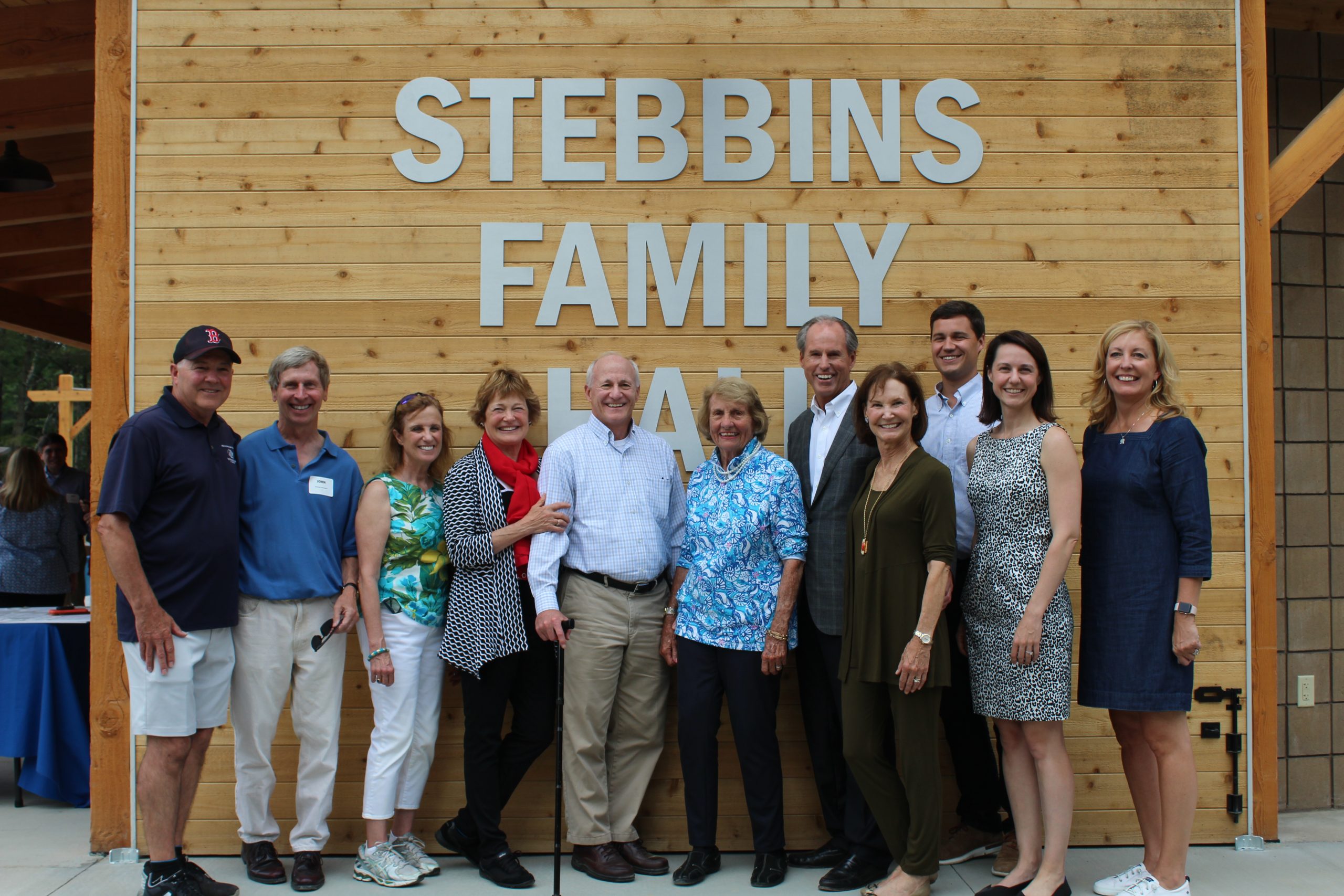 Bedford, NH –  The Boys & Girls Club of Manchester (BGCM) held a ribbon cutting ceremony recently on its newly refurbished Camp Foster in Bedford. It was the culmination of a dream made possible, in large part, to the long-term support of PROCON Owners Mark and Sally Stebbins.

BGCM CEO Diane Fitzpatrick and her team welcomed the Stebbins family, Manchester Mayor Joyce Craig, and many of the club’s loyal supporters and alumni to the event. 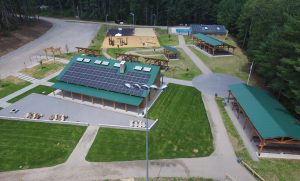 The festivities included a ribbon cutting for the newly named Stebbins Family Hall to honor the family that has partnered with the club for more than three decades. Stebbins family members from three generations were on hand to mark the occasion.

Fitzpatrick told attendees that “The club is so honored that the Stebbins Family has generously supported the More Kids, Brighter Futures capital campaign as true leaders. With the renovations to Camp Foster complete, we now turn to expanding the Union Street Clubhouse. This will allow kindergarteners to attend the club, and it will expand our Kids Club program by 100 youngsters. Once again, the Stebbins went above and beyond and came forward with a generous matching gift challenge to help us finish the capital campaign.” 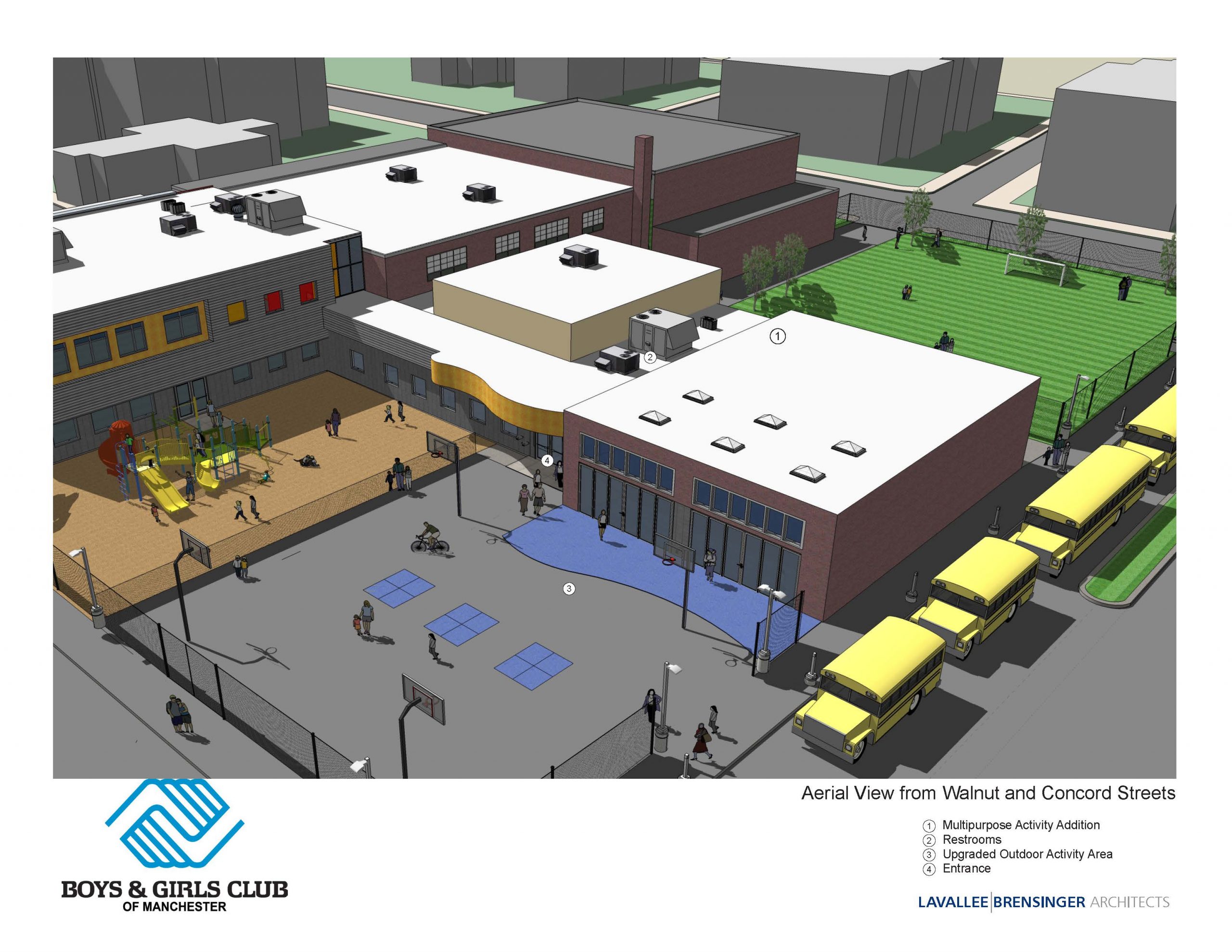 Camp Foster’s overhaul was long overdue, as it had fallen into disrepair with no major building renovations in the last 60 years. Post camp improvements feature a new pool house, amphitheater, basketball courts, a softball field, and a “beach” volleyball court. The camp serves kids ages five to 18 from the Greater Manchester area, with financial aid available for low-income families.

Before renovations, the camp served 410 kids each week. It now has a new goal of eventually serving 470 kids weekly. Additionally, in 2019, donations made it possible for $90,000 in scholarships to be awarded to kids participating in BGCM summer programs.

At the center of the club’s dream is Diane Fitzpatrick, whose face lights up when she talks about “her kids.” As the story goes, some years ago she and the board of directors began to strategize ways for taking the club to the next level and reached out to faithful friends and supporters for their feedback. Among the “first responders” were Mark and Sally Stebbins. The Stebbins made recommendations about future uses of the facility beyond an 11-week kid’s summer camp. “Their input caused us to envision bolder thinking – to dream bigger for the organization,” stated Fitzpatrick, which is why the board called the campaign “More Kids, Brighter Futures.”

Fitzpatrick and her team pulled together a new business plan fueled by those ideas that laid out a strategy for maximizing the camp’s vision and purpose within the community. The plan also included ideas for positive changes at the Union Street Clubhouse, which was overflowing at 200% capacity. Ultimately, a two-phased plan was conceived to renovate Camp Foster followed by the Union Street location.

But, to achieve the dream they needed to raise $5.85 million. At first the goal appeared daunting but remarkably, as the word of mouth spread, club supporters and community partners stepped up to donate to the cause. Diane said, “It all came about because of our relationships in the community.”

Phase one concluded the Camp Foster makeover when the summer camp re-opened in July 2019. Recalling the day, Fitzpatrick said, “A few of the former camp counselors came to the event and had tears in their eyes at seeing their old spaces renovated, and fresh joy at seeing their grandchildren experiencing these beautiful new spaces.” The reinvigorated camp, which is available to rent for business or social events, including weddings, has already generated bookings.

Now, with the Camp Foster renovations complete, there is still work to be done. Fitzpatrick has already turned her attention to phase two, which is adding a 4,700sf multi-purpose space to the existing Union Street building, which is maxed-out at a 200% capacity with about 100 kindergarten through second grade children on its waiting list.

As for Fitzpatrick, like a pendulum in motion, she must balance a profound satisfaction about the achievements-to-date while recognizing there is still much work to be done.