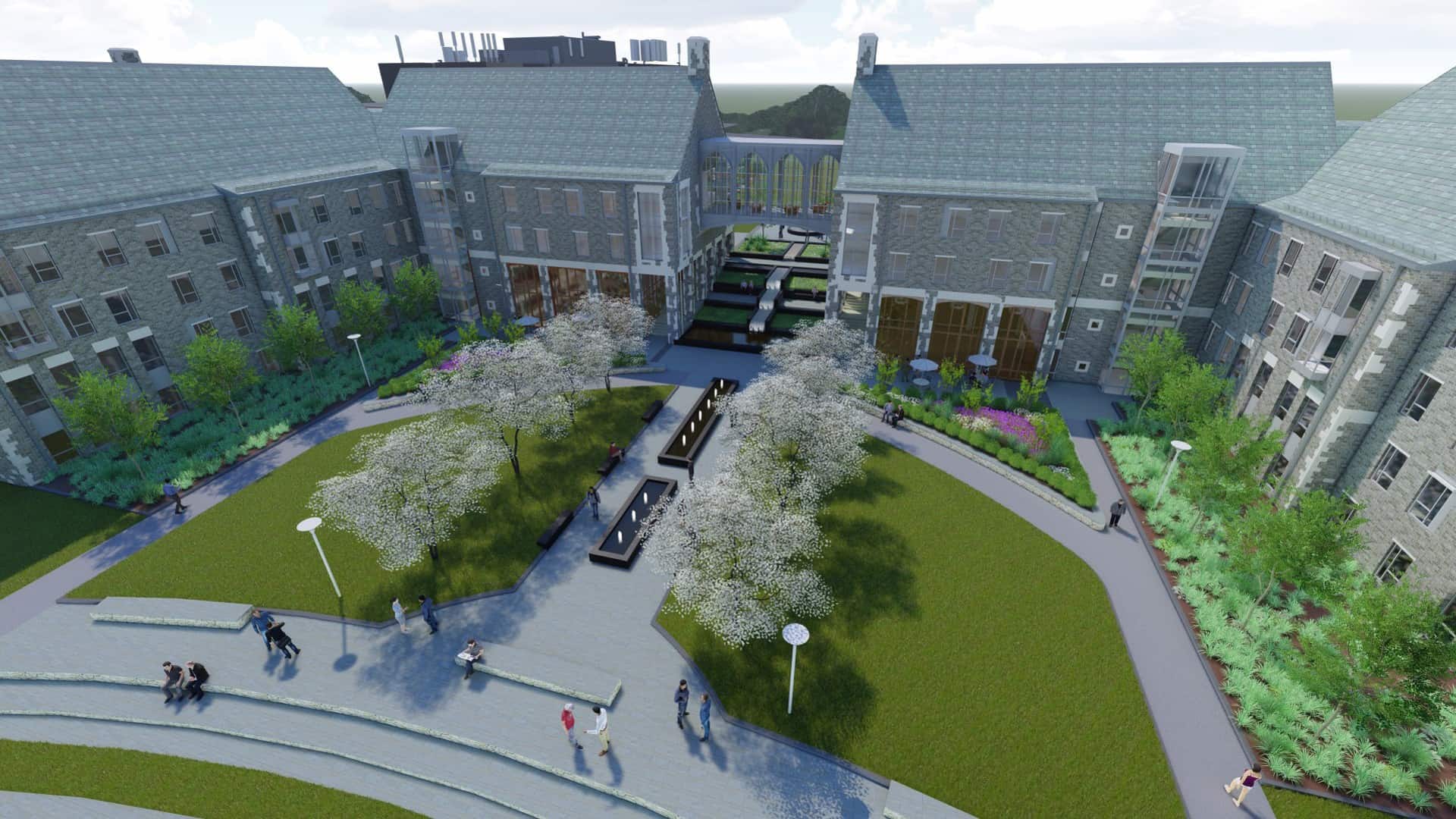 Fairfield, CT – Construction is underway for two additional halls that will make up the residence village on Sacred Heart University’s Upper Quad.  The architect for the projects is SLAM Architects and the contractor is Turner Construction.

The first of what is anticipated to be six residence halls, housing more than 900 students, opened early this year. It is named after Pierre Toussaint, a freed slave who became a noted philanthropist.

The halls under construction will offer a combination of apartments and suites, each housing four or five students. They are expected to open in the fall of 2019.

The apartments will include living rooms, kitchens, and bathrooms. Mike Kinney, senior vice president for finance and administration at SHU, describes the buildings as state-of-the-art. “In addition to the modern and spacious suites and apartments, the halls will offer study spaces and lounge areas for the students,” he said.

“We anticipate the Upper Quad will eventually include a new dining facility, in addition to its close proximity to Linda’s and JP’s Diner,” Kinney noted. “These housing facilities are also conveniently located next to the new Bobby Valentine Athletic Center, which is currently under construction and will be open to all students.”

Kinney predicts that eventually there will even be retail businesses on campus — something that students have often requested.