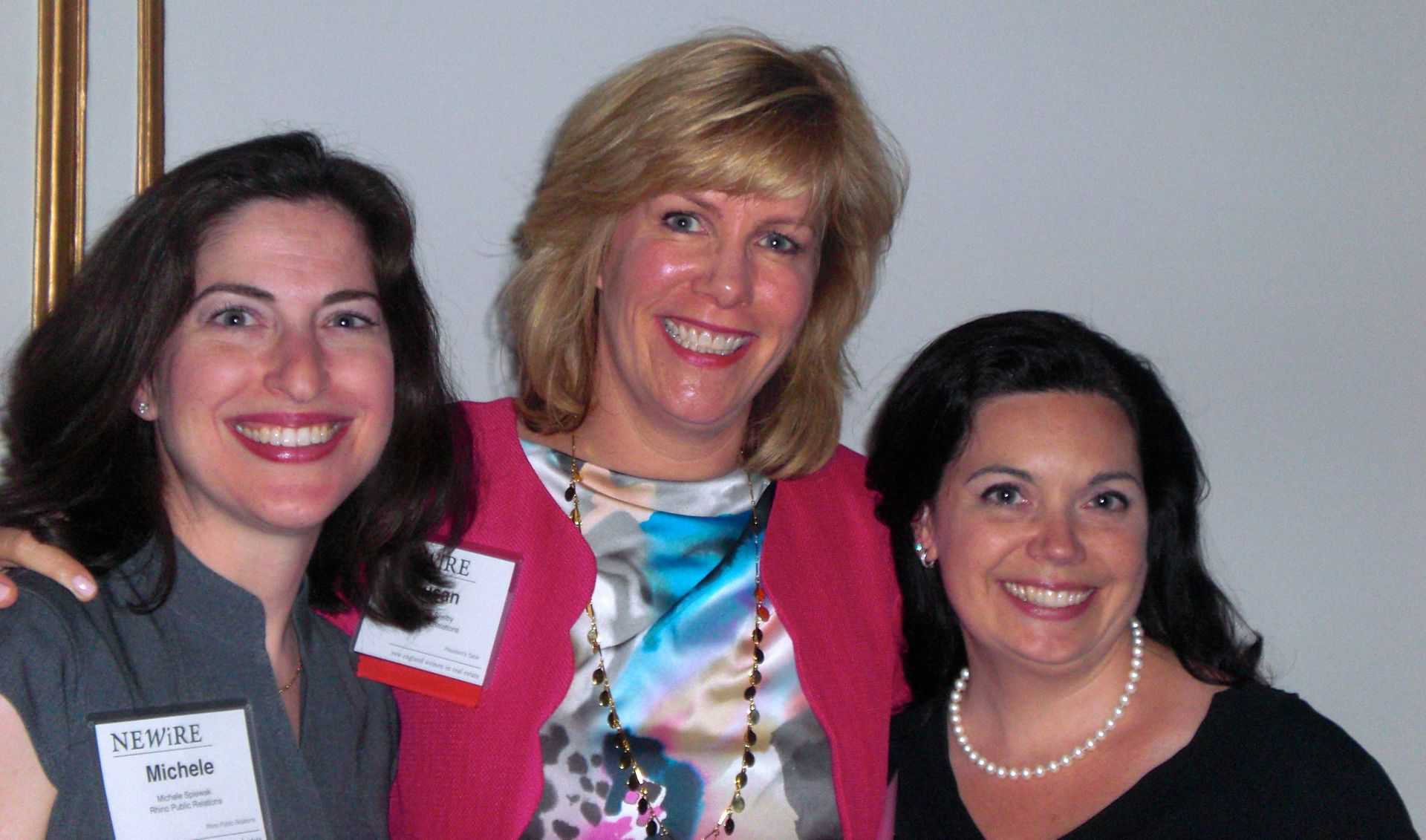 Getting laid off usually has the effect of crippling one’s sense of confidence and security for the future. It often takes days, weeks, or months to put a plan together to move on and begin again. Not so for Susan Shelby, FSMPS, CPSM. On November 18, 2004, Susan was informed she was being let go from her position as director of marketing and business development for a local architecture firm due to a corporate downsizing measure that eliminated her department entirely. So on November 19, with pluck and determination, Rhino Public Relations was born.

In the 10 years since launching Rhino PR, Susan has taken the AEC industry by storm, making a name for herself as a respected leader, a knowledgeable resource, and a networking whiz. What started as a one-woman consulting business has grown into a team of three highly qualified communications professionals: Jennifer Shelby, CSPM – no relation to Susan – joined Rhino in 2007, and Michele Spiewak joined the “crash” (a group of rhinos) in 2008. Today, their clients include some of Greater Boston’s most well-known and respected firms within the design, real estate, and professional services industries, each of whom rely on the Rhino team to keep their marketing and communications programs running.

Susan and her team have never seen themselves as consultants in the true sense of the word. When Rhino works with a client, they become an extension of their client’s marketing departments, taking on the culture and accountability for each client’s success. Susan herself makes a point of having face time with each client as often as possible and communicates consistently through status calls, strategic planning, and sometimes just by passing along interesting information or making an introduction that contributes to a client’s best practice or bottom line.

Rhino PR’s very first client, Margulies Perruzzi Architects (MPA) is still a client today. “Rhino PR has been a terrific partner for the past 10 years,” says Marc Margulies, AIA, LEED AP, founding principal of MPA. “At Rhino’s instigation, we have integrated their PR program with our marketing and business development efforts to communicate a seamless message about our firm. It has proven a very successful strategy, clearly giving us a strong presence in the marketplace in a world where quantifying that success is often difficult. We count on Rhino PR to be an integral part of our team and trust their judgment.”

Of course, it’s the results of these efforts that matter most. Rhino PR has worked with clients toward several memorable accomplishments, and many have reported their own return on investment (ROI) from the agency’s PR efforts, mostly in the form of new leads and secured projects. A lead can even come from reading the author bio at the end of a contributed article. Often, maintaining a PR program that promotes visibility by keeping a firm in the news is enough for people to pick up the phone to learn more.

For example, a colleague complimented a Rhino PR client on the fact that she was “seeing them in print everywhere lately.” This client replied that her firm’s PR program had really become a well-oiled machine, and it was really nice to get outside recognition for all of their efforts. Another Rhino client, a well-established architecture and interior design firm, was interviewed and quoted in a facility management publication article focused on collaborative offices and work engagement. A prospective client saw the article and invited the firm to interview for a project.

While its name is Rhino PR, the agency offers much more than PR and prides itself on having the ability to operate as a virtual marketing department for its clients. With services from crisis communications, website management, and special events, to marketing plans, audits and social media, Rhino PR can create and implement a comprehensive PR and marketing campaign uniquely devised to help achieve a client’s PR and marketing goals.

You can learn more about Rhino PR by visiting www.rhinopr.com.