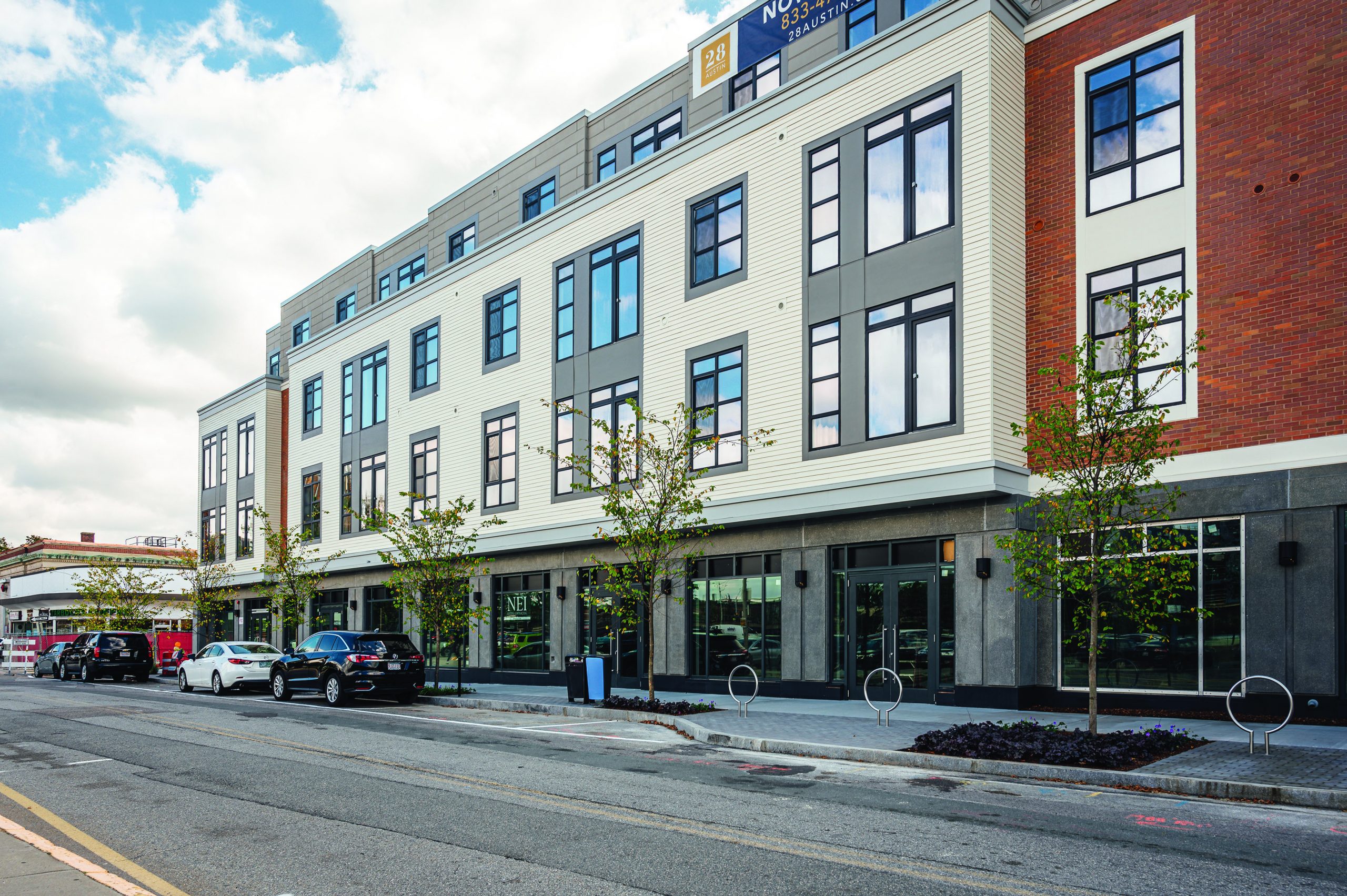 The four-story, 82,000sf mixed-use development has replaced a crumbling surface parking lot in the heart of the village of Newtonville with 68 mixed-income one- and two-bedroom apartment residences, with 23 designated as affordable housing units. 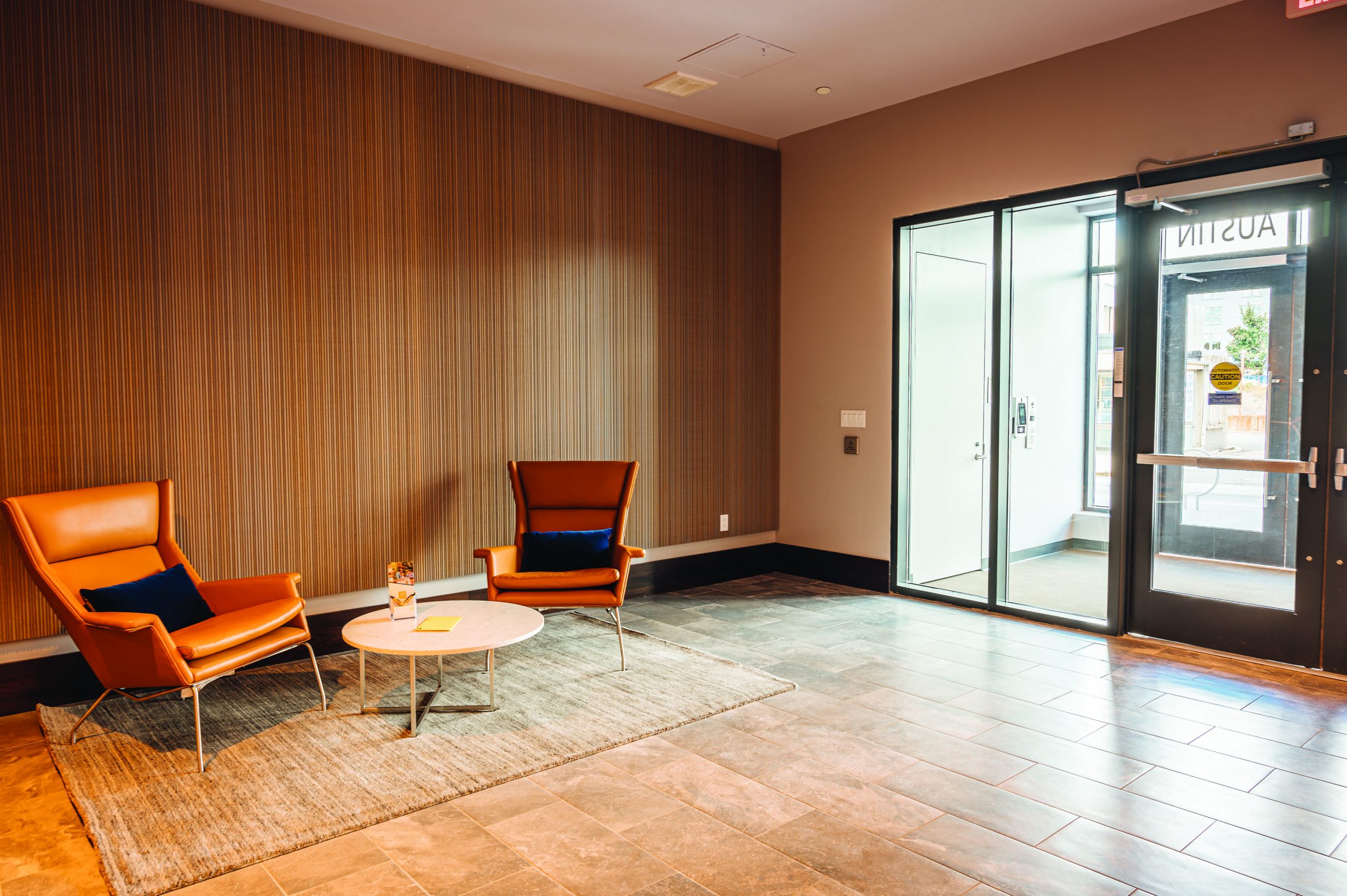 NEI worked with GreenStaxx, a modular consultant to the architect-of-record, to play a major role in coordinating the project’s design and engineering.   The customized unit layout increased the complexity of mechanical design and coordination for this project.

Resident amenities at 28 Austin Street include a hotel-like lobby; a lounge with dining, meeting and living spaces; a fitness center; a guest suite; a common roof terrace; and a dog park. 5,000sf of ground floor retail space houses Caffe Nero, the international bakery and café, and Henry Bear’s Park, a toy store. In addition, a new landscaped public plaza and a playground have been constructed on site.

The development features energy-efficient heating, cooling and ventilation systems; lighting fixtures; and EnergyStar appliances. The building’s roof is covered with solar panels, providing up to 50% of its electricity. Built on Newton’s Austin Street Municipal Parking Lot, 123 public spaces have been rebuilt at ground level, along with an underground garage with 90 new parking spaces and bike storage for residents.

This is NEI’s sixth modular project following The Flats at 22 and 44 for Mitchell Properties LLC. Located in the vibrant Box District in Chelsea, these two innovative buildings included a mix of 96 market-rate and affordable units. Constructed in a design-build partnership with DMS Design LLC, the buildings were designed and assembled with prefabricated modular units over fixed podiums and incorporated a small existing historic building. Complete site development blended the buildings together and revitalized the streetscape.

In May 2014, Austin Street Partners, a joint venture of Dinosaur Capital Partners and Oaktree Development, was selected by the city of Newton to redevelop the Austin Street Municipal Parking Lot in Newton’s village of Newtonville. 28 Austin supports the city of Newton’s initiative to provide quality housing options for households of all income levels, increase diversity within its vibrant villages, and support its local business districts.

“We selected NEI General Contracting based on their experience with modular construction as well as mixed-use developments in constrained urban and suburban environments,” said Scott Oran, managing partner at Dinosaur Capital Partners. “This was a very challenging project. Building in a tight time frame on a city-owned parcel with active parking required significant coordination with the owner and city regarding parking, utilities, and road construction. NEI managed the process so the project moved forward seamlessly. We are excited to unveil these new housing options for the residents of Newton.”