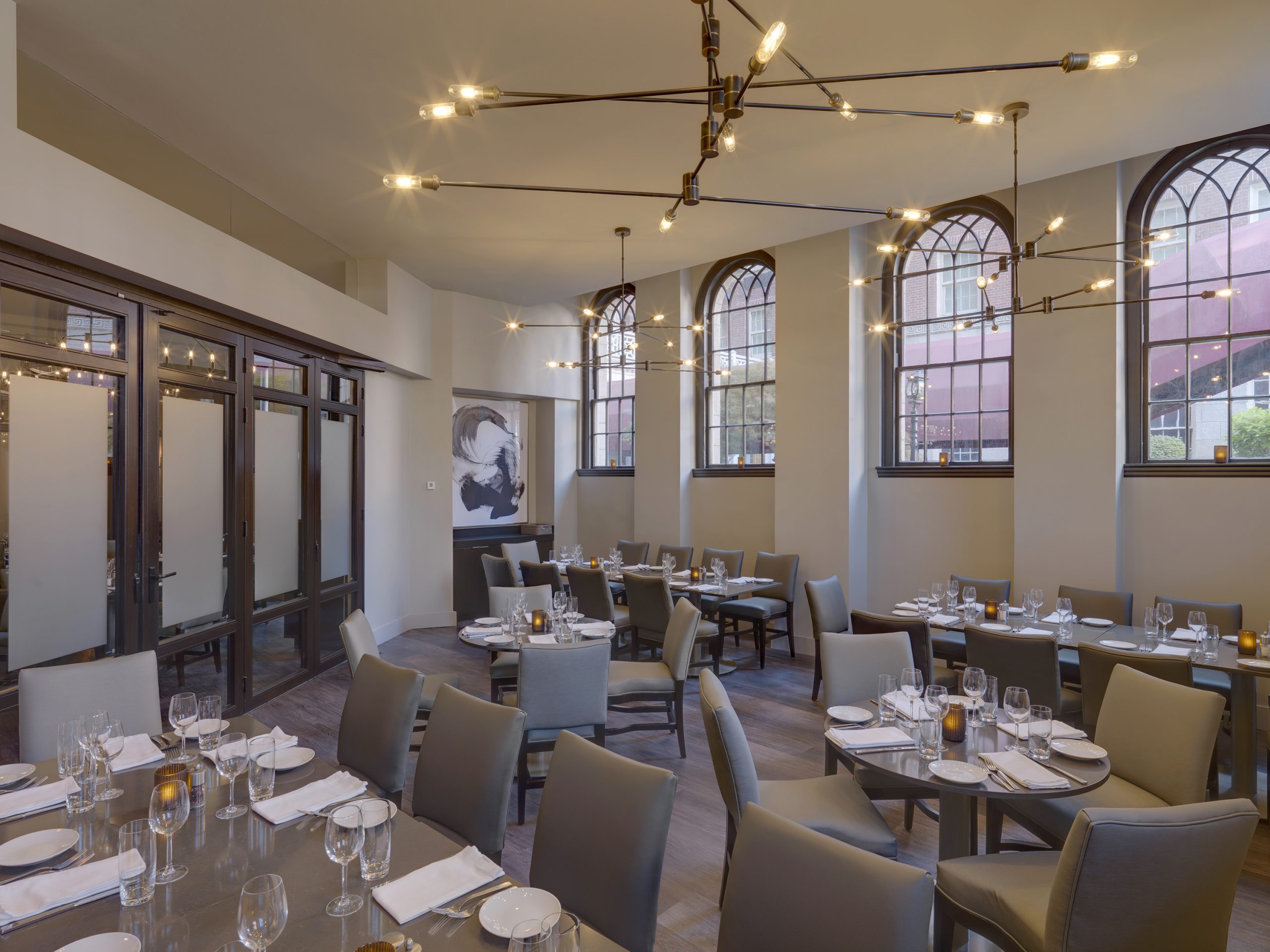 Cambridge, MA – Nauset Construction has completed renovations to Nubar, the restaurant and lounge set in the Sheraton Commander Hotel in the heart of Harvard Square.

This popular neighborhood gathering space was redesigned to expand its private dining capabilities and modernize its look while retaining its revolutionary-era ambience. 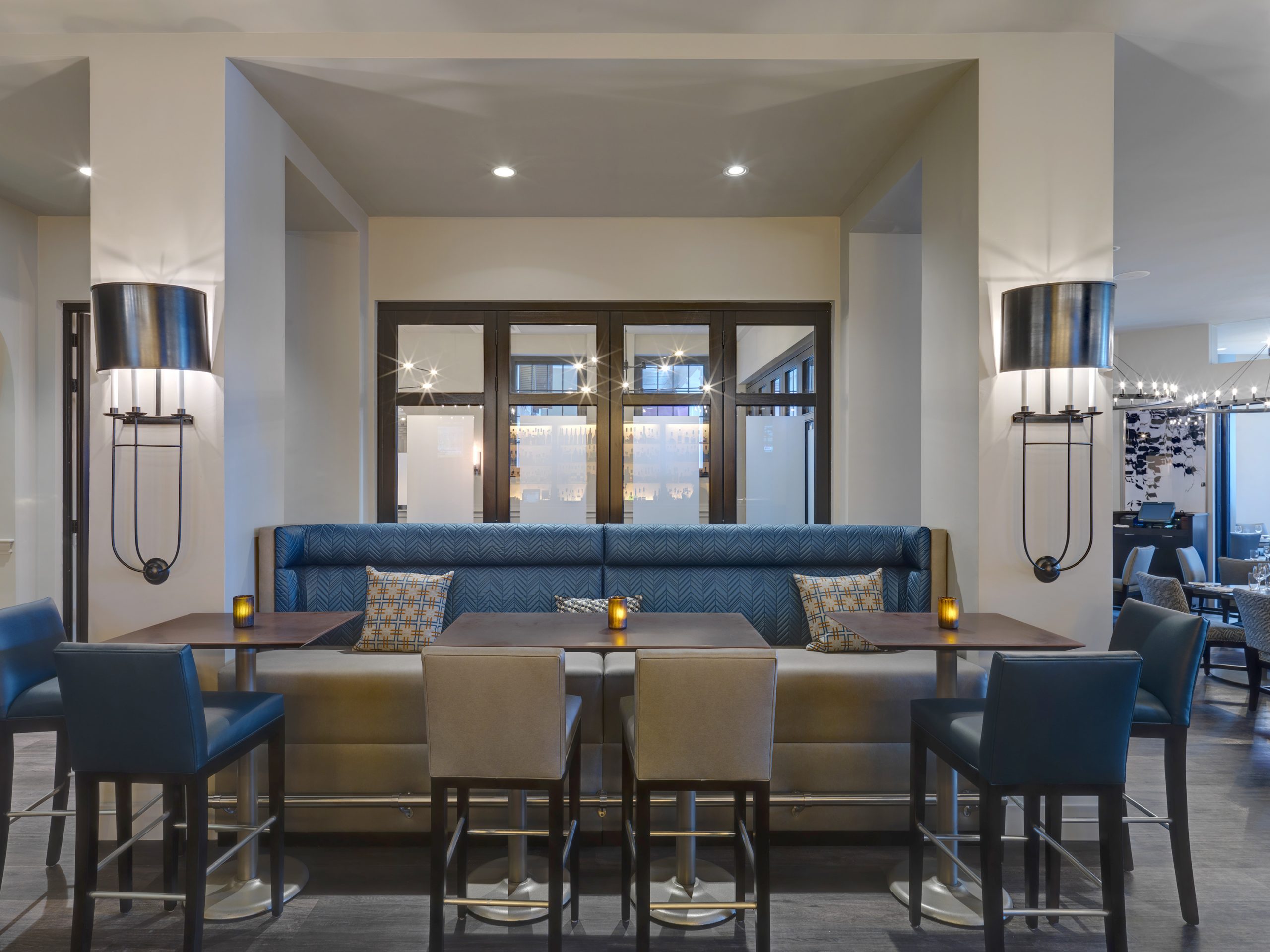 The historic Sheraton Commander Hotel was originally constructed in 1927, and Nubar was last renovated in 2011. Nauset collaborated with Hardaway | Sziabowski Architects on the project, and Maddie Gregory of CDI Design was responsible for the interior design work, which included all new artwork and furniture. 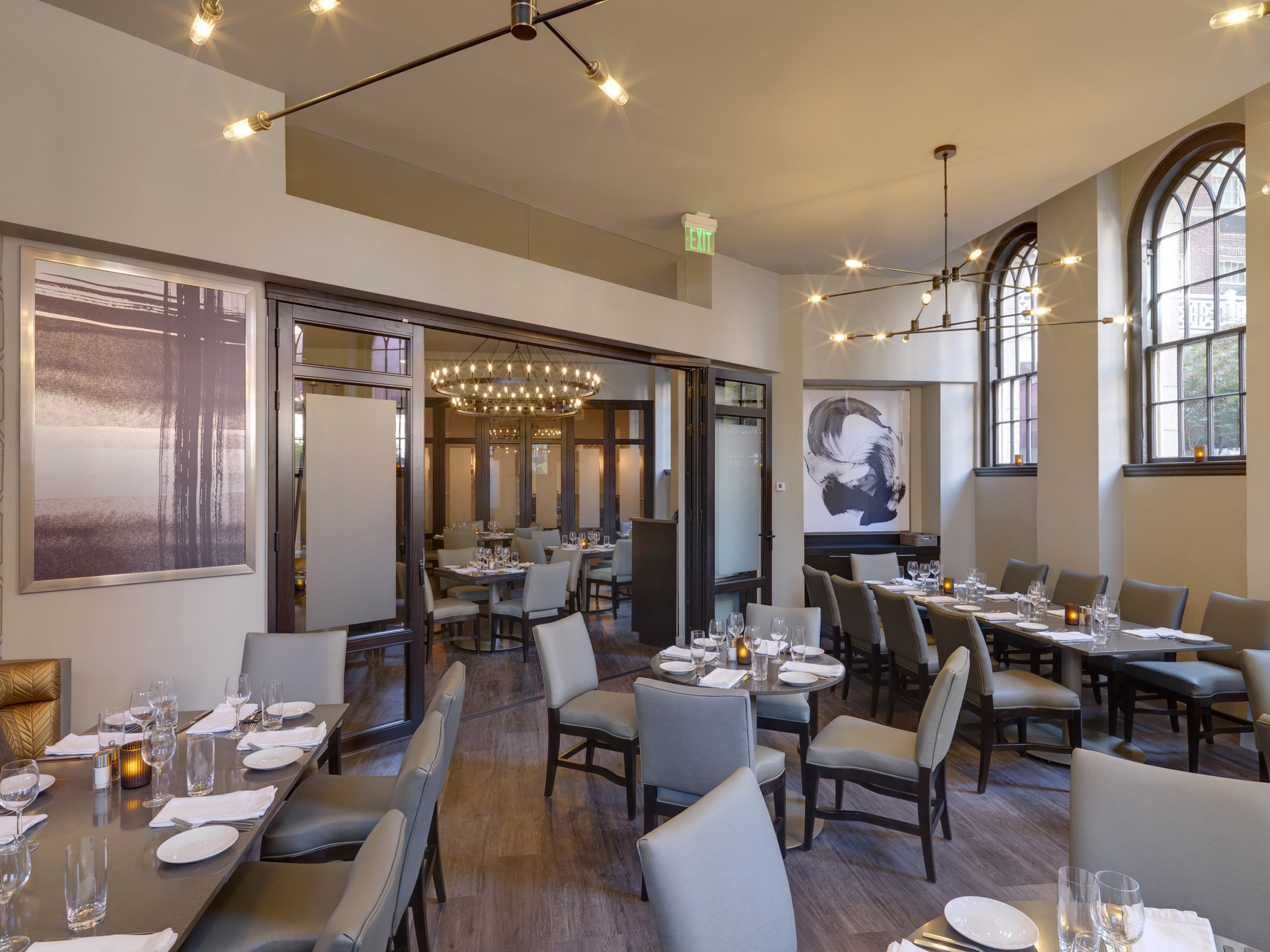 The renovation was completed in six weeks while crews worked in an occupied and operational hotel environment in a highly trafficked urban location in order to successfully achieve the accelerated project schedule.

The project work consisted of the selective demolition of the existing space, new floor underlayment, and modifications to the MEP systems.

Two semi-private dining rooms were re-purposed through the addition of wood-framed glass sliding/folding NanaWalls, allowing the rooms to be easily converted into private dining spaces, and the former Internet lounge, LINK, was transformed into a 20-seat private dining area.

Muntins were added to the large arched windows overlooking Garden Street and the courtyard dining area to emulate the historic feel of the hotel, while top of the line finishes and trim were installed to complete the transformation.

“The new design reflects the seamless melding of the timeless elegance of the Sheraton Commander with a modern look and feel, and it remains consistent with what our guests and neighbors treasure about Nubar,” said Michael Guleserian, general manager of the Sheraton Commander Hotel, whose family has owned and operated it for three generations. Nubar is named after the hotel’s late owner Edward Nubar Guleserian, and the new design will continue the establishment’s tradition of casual elegance, hospitality and charm.

Nauset has been working extensively in Cambridge in recent years, completing projects across the spectrum of property types including 121 First Street, a 60,000sf mixed-use, Class-A office building home to CarGurus, and Point 262 Condominiums, a sold-out, 55-unit transit-oriented development. Nauset continues to have a strong on-going presence throughout Cambridge with new developments underway such as 907 Main, a historic 67-key boutique hotel featuring two new restaurants and a French bakery located in Central Square.

“Nauset Construction is carving out a niche as the go-to construction manager for mid-sized projects in the city of Cambridge,” said Nauset Construction President Anthony Papantonis. “Our ability to work in conjunction with the city, as well as our expertise in building safely and with respect for the existing neighborhoods in tight urban infill locations has served our clients well.”