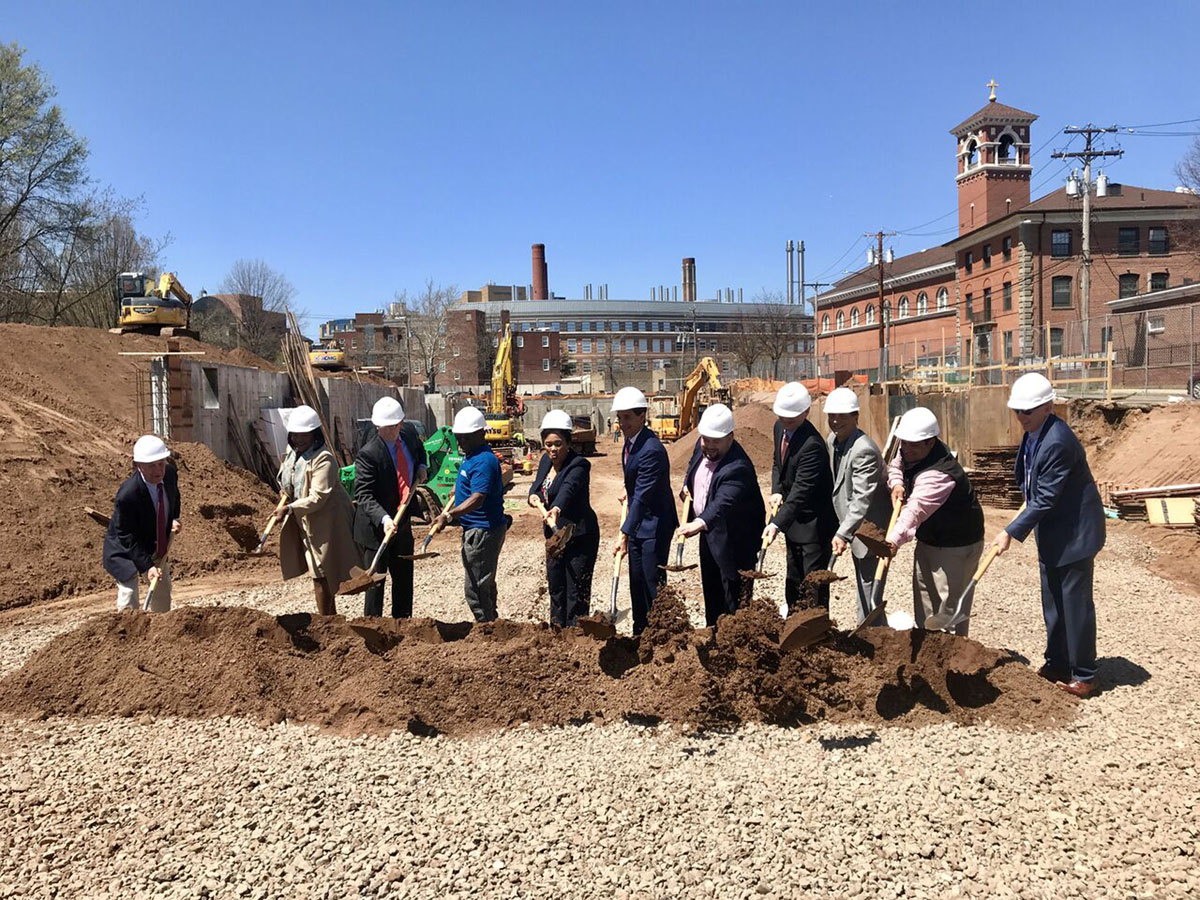 New Haven, CT – Formal groundbreaking ceremonies were recently held for a new mixed-use development in New Haven’s Hill neighborhood. The first phase of the Hill-to-Downtown Community Plan, the Gold Street development will stretch more than a city block in length and will incorporate the site of a former school as well as adjacent parcels.

The four-story building, developed by RMS Companies of Stamford, will include 110 apartments and street-level retail. Designed by New Haven-based Kenneth Boroson Architects, the 148,000sf complex will include a mix of one-, two-, and three-bedroom apartments as well as a fitness center, meeting room, library, and recreation area.

Residents will also have access to a rooftop deck and garden space adjacent to Amistad Park. Located in close proximity to Union Station, ample parking will be available to tenants in a below-grade garage and an exterior surface lot.

The project was partially funded with a grant from the Connecticut Department of Housing’s “Just In Time” funding, which designates 30% of the dwellings as affordable.