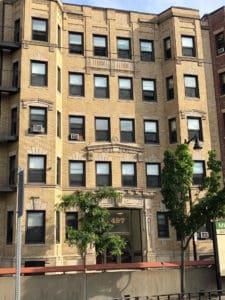 Boston – Abbot recently completed Phase 1 of a comprehensive masonry repair project at a series of residential apartment buildings owned by Hemenway Apartments in Boston’s Fenway section. The buildings were located at 497 and 875 Huntington Avenue, and 97 Hemenway Street. 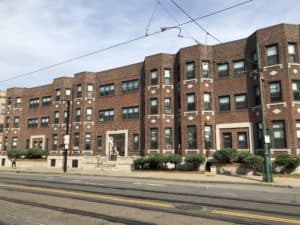 After securing funds for the project, the owner hired James Blauch Architect to develop a repair plan and put the contract out to bid in the Summer 2017. A key stipulation was that Phase 1 be Fast Tracked so that work would be initiated immediately and continue through the winter with the target for completion in Spring 2018. Phase 2 would follow in the Summer 2018. Abbot was awarded the contract as the low bidder and due to its previous experience working with the owner. 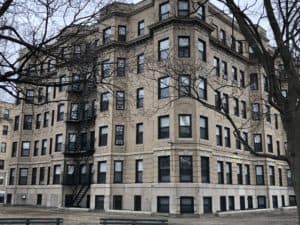 The scope of the work consisted of cutting and pointing all of the brick joints, replacing deteriorated pre-cast stone windows and sills, and caulking all of the windows.

Initiating the project in the Fall 2017, Abbot constructed 2-point suspended scaffolding throughout the interior courtyard of each building to perform as much of the work before the onset of winter. So that the street side and rear wall repairs could continue during the winter, Abbot constructed built-up scaffolding on the balance of the areas. Abbot enclosed the scaffolding with Monarflex® Flamesafe fire retardant polyethylene sheeting with temporary roof covering to contain the heat. To meet the owner’s demands, Abbot completed all of the work in June 2018.