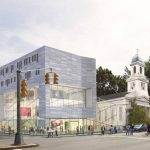 Today (Thursday July 31, 2014) was the topping off ceremony for  the new four-story terra cotta and glass building, which will house art galleries and studio and art-making spaces for the new Lesley University Lunder Arts Center,  Today’s event marks a key milestone in a seminal academic, capital, and cultural project that has been in process for nine years.  The project is being designed by the Cambridge based firm, Bruner/Cott & Associates. 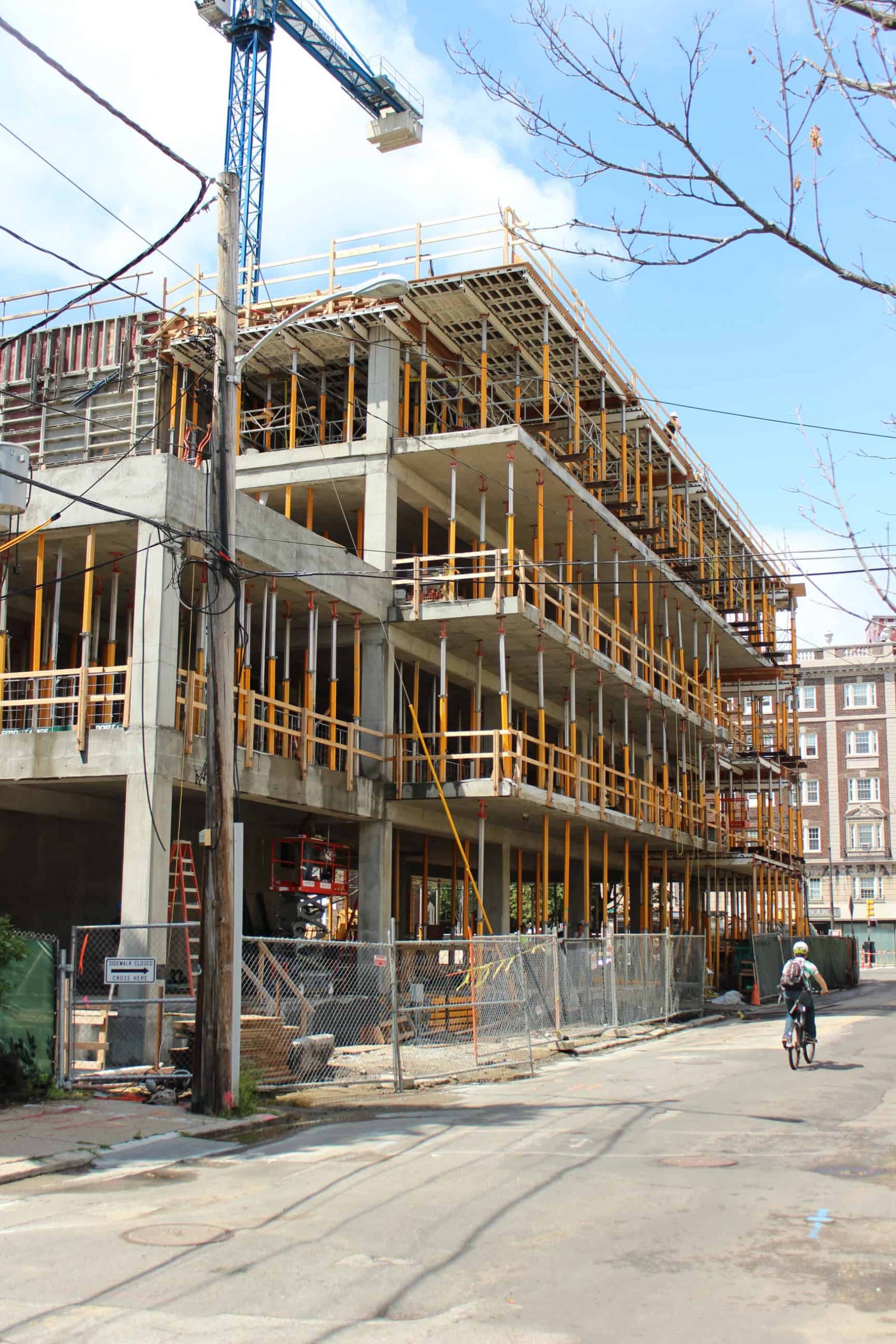 Named for Lesley Class of 1959 alumna Paula Lunder and her husband, Peter, major donors for the project, this complex provides the new home of the Lesley University College of Art and Design, and will support myriad interdisciplinary arts-integrative curricula. The Lunder Arts Center will be an academic and artistic nexus for Cambridge’s Porter Square neighborhood. The new building will be connected via a three-story glass entry commons to the historic, circa-1845 North Prospect Church, which was moved 100 feet to the south side of the lot and closer to the avenue in December 2013 to give the building more prominence and allow for a lower level under the complete construction site. (Originally located in Harvard Square, draft horses hauled the church to Porter Square in 1867.). The former church will house an arts library and design studios. The galleries and library will be open to the public. The 70,000-square-foot complex, which will be certified LEED Silver, is projected to open for spring semester, January 2015. 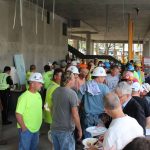 Members of the design/build team mingle with Lesley University staff at the topping off ceremony.