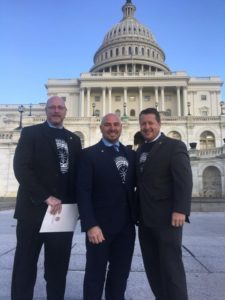 Boston – IBEW Local 103 has set up a national PAC for the purpose of contributing to national campaigns, including races for the U.S. House of Representatives, the U.S. Senate, and the 2020 presidential race.

“Our union membership is rapidly expanding and our political reach should expand accordingly,”  said Lou Antonellis, IBEW Local 103 business manager and financial secretary. “The labor movement must take an active role in shaping the next election and IBEW 103 members are well-positioned to take a leadership role in these efforts.”

IBEW Local 103 recently shook up the Massachusetts political landscape by issuing a moratorium on contributions to the state Senate and state House of Representatives.

The union took this unusual action after it felt the state Legislature failed to enact key bills supporting working people. The union instead returned funds earmarked for contributions to its members.