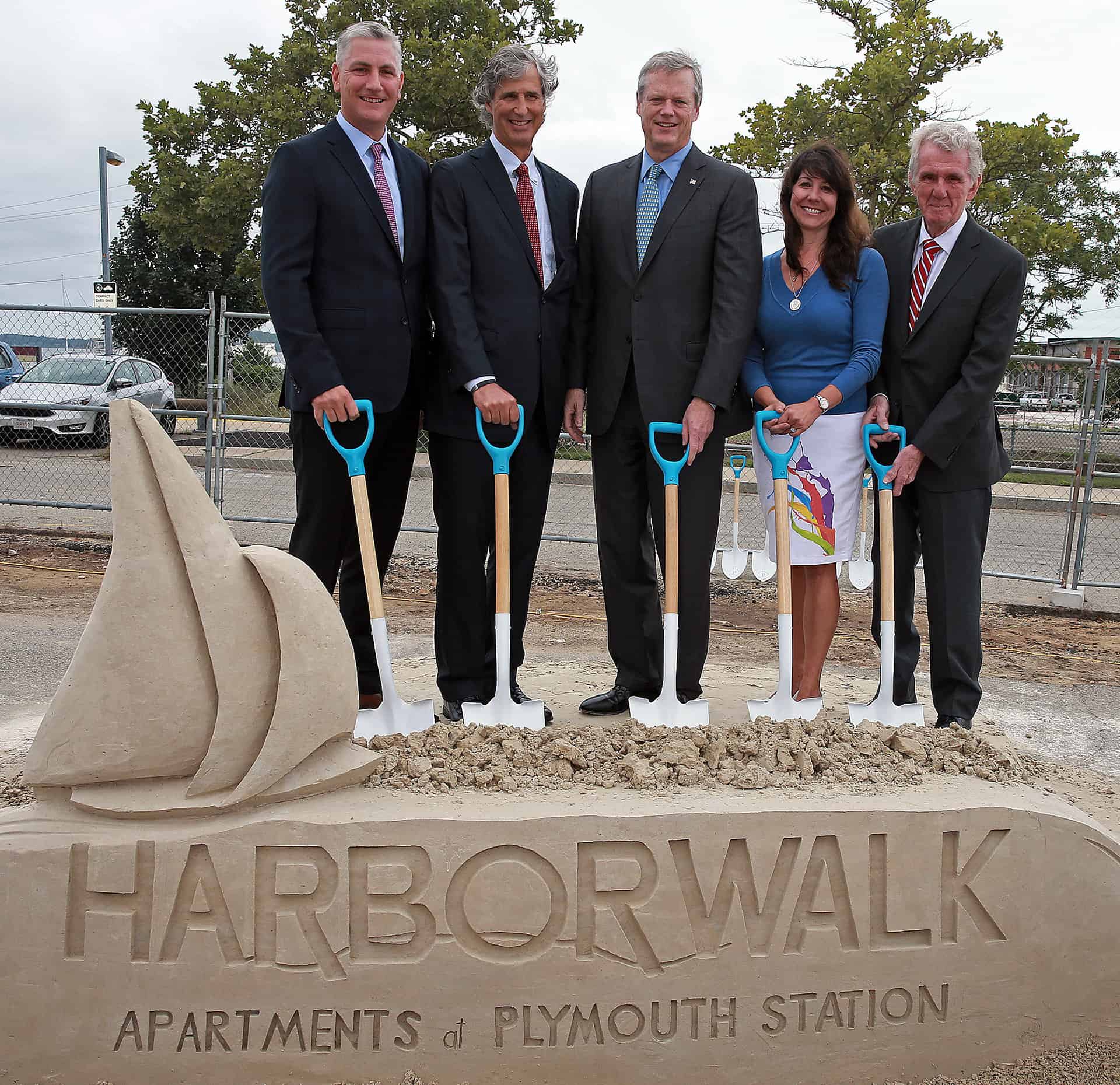 Plymouth, MA – Governor Charlie Baker was the guest of honor at the groundbreaking ceremony for Harborwalk Apartments in Plymouth on August 21.

Other local dignitaries in attendance included former Senate President Therese Murray, Selectman Anthony Provenzano, and Senator Vinny deMacedo, who was an integral part of getting the project off the ground.

Guests were also treated to a performance by Northern Lights, the North Plymouth High School a cappella group.