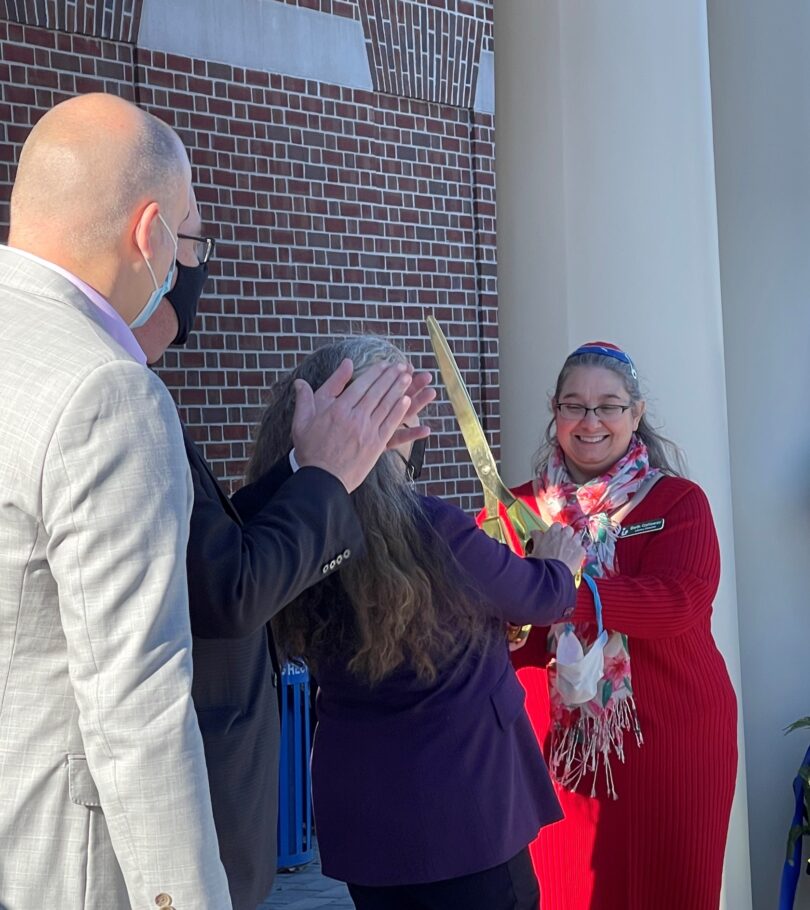 “CTA has been a delight to work with: patient, communicative, direct, and with customer service at the forefront of all our interactions,” said Gallaway. “The team constructed a solid, efficient building that was well-designed by Drummey Rosane Anderson, Inc. (DRA Architects). Some of their subcontractors came back at Halloween to see the finished space, demonstrating that even the drywallers took tremendous pride and care in their work. We are thrilled with our new library, which features meeting space, a full-service kitchen and elevator, and state-of-art lighting, security, green roof, and HVAC.”

CTA Construction worked closely over the past two years with Gallaway, DRA Architects, DA Sullivan and the team from the Town of Grafton. The project, which cost $16.6 million, tripled the square footage of the original 1927 building. The combined addition along with the fully renovated historic space provides program space and outdoor patios for adults, children and teens; a divisible community meeting room and private tutor and group study rooms; a climate-controlled historical archive; and a state-of-the-art materials checkout and returns system.

CTA Construction honored the opening and Gallaway’s anniversary by buying lunch for the library staff on Valentine’s Day. CTA Construction also donated to the library’s capital fund. “The efforts of Director Gallaway along with the Friends of the Grafton Public Library and many local library supporters in pursuing funding and raising awareness about the town’s needs are what made this fantastic project possible for Grafton,” said Paul DuRoss, principal at CTA Construction.

This was CTA Construction’s first municipal project for the town of Grafton and seventh library project in Massachusetts.

“This facility will serve the community very well going forward, especially for dynamic programming inside the building and out, on a level we’ve never been able to achieve before. It’s because of the great public spaces that we’ve secured several grants for programming,” said Gallaway. The library received $10,000 last year from UniBank, and this year, a Grafton Cultural Council grant for two projects debuting this summer: a visit with Animal Adventures and a music program with singer/songwriter Matt York. The Grafton Cultural Council is a local agency which is supported by the Mass Cultural Council, a state agency.