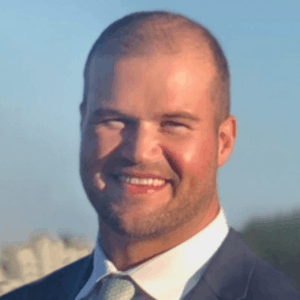 In the third installment of High-Profile’s focus on the opioid epidemic in construction, Anastasia Barnes welcomed Tom S. Gunning to the Build Better Podcast. Gunning is the director of labor relations for the Building Trade Employers’ Association (BTEA) and the organizer of the Building Trades Recovery Week that took place in Boston from April 29 to May 3.

The goal of the conference was to increase awareness and understanding of substance use disorder and help construction industry professionals learn best practices for prevention and recovery. It was the first city-wide recognized week with this mission to be held in the United States.

Gunning believes it was important to have several days to approach this important issue. He says, “We felt it was going to take more than a day to help change the perception that people have of substance use disorder. There’s a lot of education one needs to understand in order to help someone who is struggling with this disease, and by making the conference a week, we wanted to help contractors and the building trades facilitate a conversation with their people and their members.”

The conference included speeches by Boston Mayor Marty Walsh and former Boston Celtic’s player Chris Herren as well as presentations by experts on the topic of substance abuse disorder and Narcan training from the Boston Public Health Commission.

The conference ended with a 150-second stand down on job sites around the city to mark the 150 opioid-related deaths per 100,000 construction workers annually. After the stand down, Gunning says, some of the people in the field who listened and participated reached out to their contractors to let them know they were struggling and that alone, he says, makes the conference a success.  “If we could help one person feel more comfortable or empowered to seek help or talk about what they were going through, then it would mark a successful event,” he adds.

Gunning encourages contractors to help spread the “rehabilitation and not termination” message and to keep the conversation going throughout the year in an effort to reduce the stigma. He encourages union leaders to continue to be advocates on the topic and “reach out to our brothers and sisters who are struggling”.

Gunning says he was overwhelmed and humbled by the amount of support and participation in the conference and adds that the number of attendees exceeded all expectations. He has high hopes for the next conference and has a goal of making it a state-wide event next year.

The BTEA has compiled webinars from the conference and a list of resources at http://buildingtradesforrecovery.com/resources/.