Cambridge, MA – Acentech, a global multidisciplinary acoustics, audiovisual, IT, and security system design and vibration consulting firm, received top awards from SMPS Boston for the third year in a row. This year, three awards were earned. The firm received first place in the Social Media Marketing category for its “360 Blog” as well as for its animated holiday greeting, “Turkey Time” in the digital holiday piece category. In addition, Acentech received the coveted “People’s Choice” award. 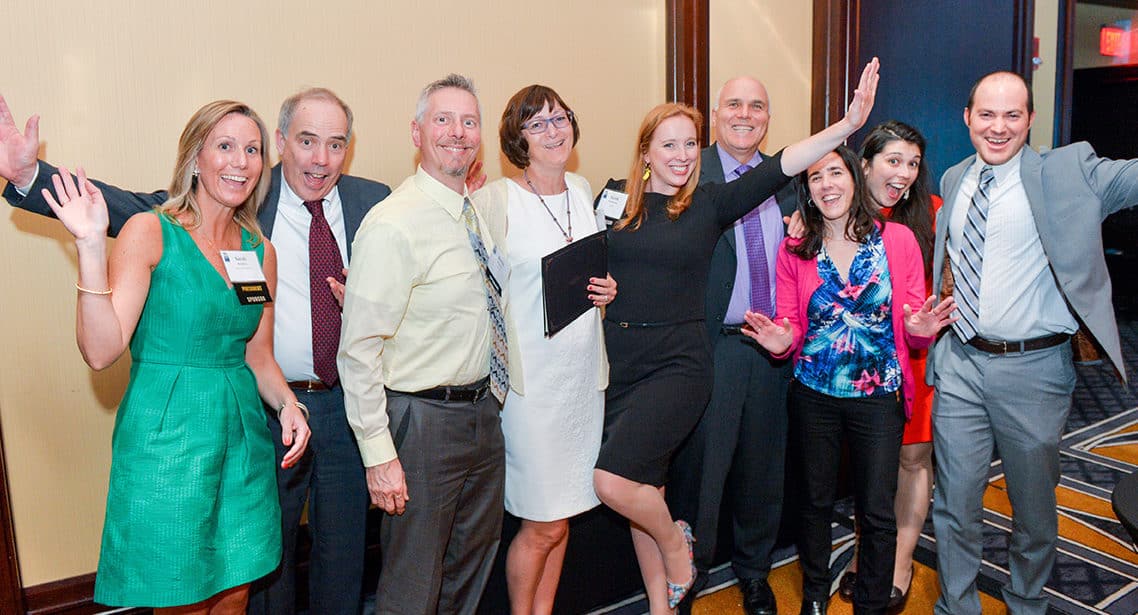 The Thanksgiving video, featuring the firm’s unofficial turkey mascot (created entirely out of the graphic elements of the Acentech logo), was a true standout submission at the 2017 SMPS Boston Awards by winning first place for Digital Holiday Piece and the People’s Choice Award.

In the animation, Acentech played with the Thanksgiving tradition of football’s “game on!” mentality; however, rather than placing the turkey inside a stadium, designers focused on the love of all things technology and put him in a retro 1980’s arcade. This video served as a fun, gentle way to reach out to clients and peers to wish them a warm, joyful holiday season.

The 360 Blog has been a key puzzle piece in ongoing efforts to connect the unique work of its consultants to the AEC industry. Specifically, Acentech’s position as a niche consulting firm focusing on often misunderstood areas of the design process can be difficult to convey.

Consultants working at this firm have done everything from designing the sound system for Mecca, perfecting the sound of an automated hand sanitizer, to designing vibration-free MRI environments for world-renowned hospitals. However, prior to the launch of Acentech’s new website, few knew about these exciting aspects of the firm’s work.

Developing a blog allowed Acentech a platform to give back to its clients through thought leadership and education. Additionally, it has been a terrific staff engagement vehicle, allowing each person to shine. Each entry within the Acentech 360 blog is more than a simple post—it is a representation of the creativity and unique expertise of staff members.

Both entries are shining examples of how creativity and expertise ultimately pay off when looking to increase a firm’s digital presence. Two separate pieces from the Acentech 360 Blog hold #1 Google rankings, and the blog as a whole accounts for ¼ of the total organic traffic to the firm’s website (which is twice the industry average for blogs). The Turkey Time video also boasts well over 1,000 impressions on the company’s social media channels of Instagram, Twitter, and LinkedIn.