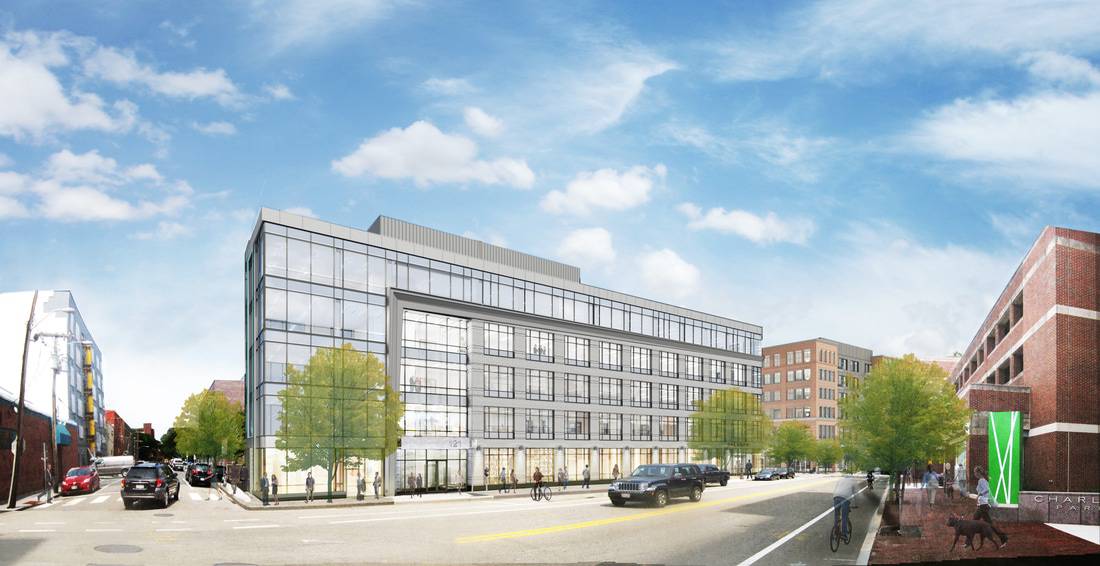 Cambridge, MA  – Urban Spaces recently announced that it has leased 100% of the office component of 121 First in East Cambridge/Kendall Square to CarGurus, Inc. 121 First is a mixed-use development comprised of 50,000sf of office space, 10,000sf of retail, and 50 parking spaces. The building is currently under construction and is expected to be completed in summer of 2018.

Designed by global architectural firm, Perkins Eastman, and built by Nauset Construction, 121 First is an integral component of the First Street Corridor and will add vitality to the burgeoning neighborhood. It is situated across from CambridgeSide (the former Cambridgeside Galleria) and between the MBTA’s Red Line Kendall Square and Green Line Lechmere stations.

121 First is key component of a $200 million development by Urban Spaces which, when completed, will include approximately 250 apartments, 50,000sf of office space, 50,000sf of retail, and 250 parking spaces, as well as a half-acre open-air green space.