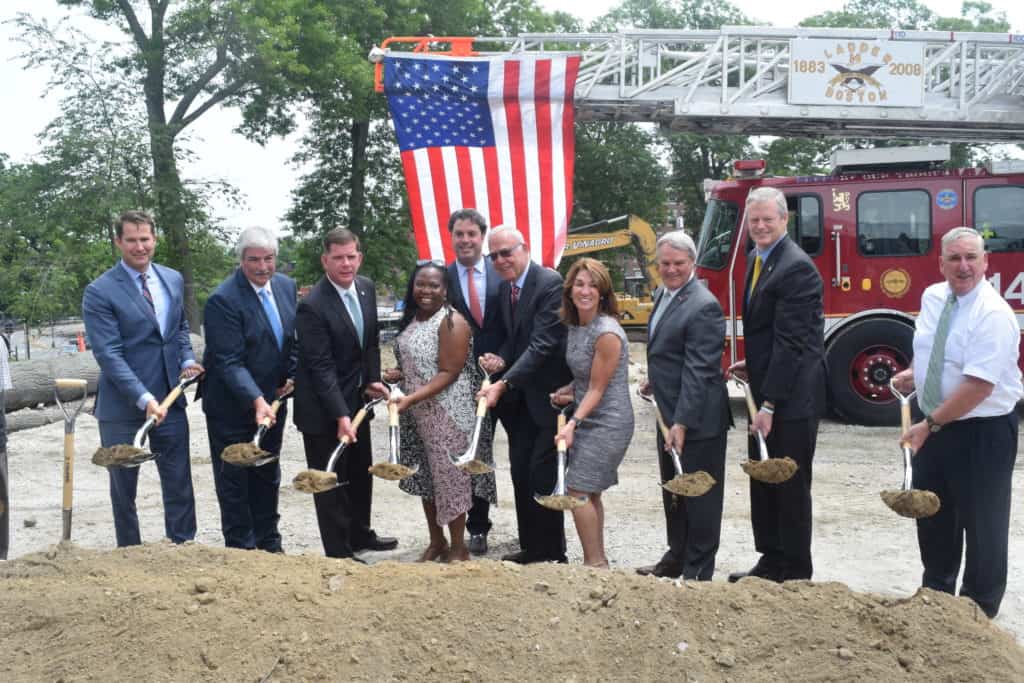 Owned by Brighton Marine, a veteran network community, and WinnCompanies, military housing managers, the Residences at Brighton Marine will be built on Brighton Marine’s campus along Commonwealth Ave., providing apartments at all income ranges in a transit-oriented location for qualifying veterans and their families who want, but cannot afford, to both live and work in Boston.

Cranshaw Construction of Newton is the general contractor. The Architectural Team of Chelsea is the architect.

Construction at the 1.44-acre site is scheduled for completion by December 2019. 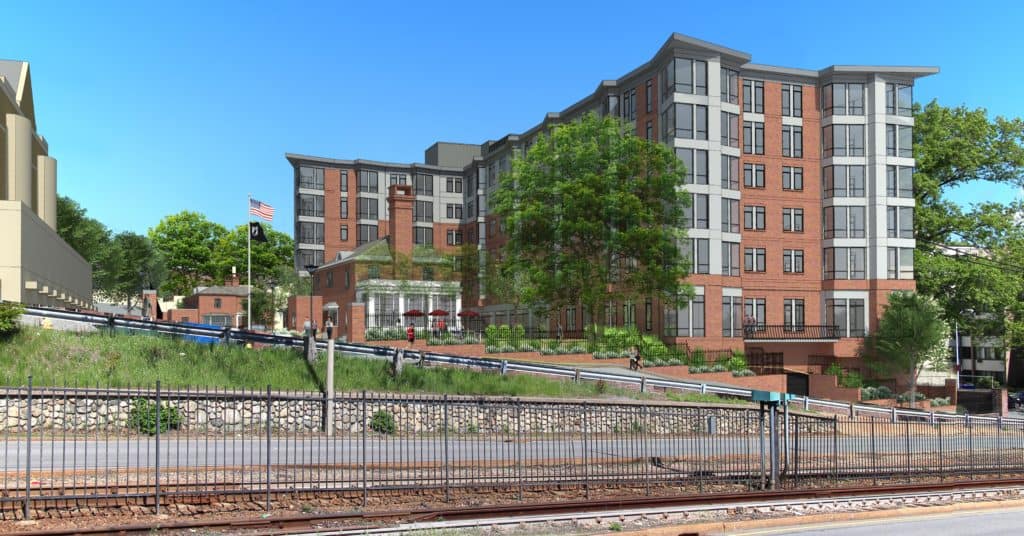 “As one of the largest managers of military housing in the United States,” said Gilbert Winn, Chief Executive Officer of WinnCompanies, “we were drawn to the Brighton Marine housing development as a unique opportunity to create premier quality housing for veterans with diverse incomes and family sizes at a location close to jobs, transportation, entertainment and services – a true veterans’ village.”

The Residences at Brighton Marine are being financed and built with substantial public support, including funds from MassHousing, the Massachusetts Department of Housing and Community Development(DHCD), and the City of Boston’s Department of Neighborhood Development. MassHousing has committed a $9.4 million permanent loan, a $14 million bridge loan and $5 million from the Agency’s Workforce Housing Initiative. DHCD has made an allocation of federal and state Low-Income Housing Tax Credits, as well as providing approximately $3.6 million in direct support, and an additional $3.7 million is being provided through the Affordable Housing Trust Fund, which MassHousing manages on behalf of DHCD. The City of Boston is providing approximately $4.1 million in financing.

Bank of America is providing a $31 million construction loan and is investing more than $24-million of private tax credit equity.

“Creating a veteran-centered community is a strategic milestone in Brighton Marine’s expanding mission to develop stand-alone, measurable programs that directly impact our heroes,” said Michael Dwyer, Chief Executive Officer of Brighton Marine. “This community will create a sense of place for each veteran and family member by incorporating other critical transitional services such as clinical, wellness and behavioral health services all under the nation’s top-rated military health care program; all on a public transit-connected campus.”

“We’re in the midst of the longest war in American history. It’s not a particularly popular war, mind you, but our troops go through a lot oversees. And for those who make it home, the least we can do is welcome them back into our communities,” said Congressman Moulton. “This is about building a community that is inclusive of all.”