Build a habitat that can allow humans to survive on Mars they asked. Build it in the most collaborative fashion possible they asked. And if that wasn’t enough, miss the deadline and humanity loses.

At the last industryREdesign workshop, we challenged a diverse group of architecture, engineering, and construction professionals to use this scenario.

As outlandish as this scenario is, the collaborative approaches it inspired were logical and readily implementable, and all in service to what mattered to the client, not just the project team. 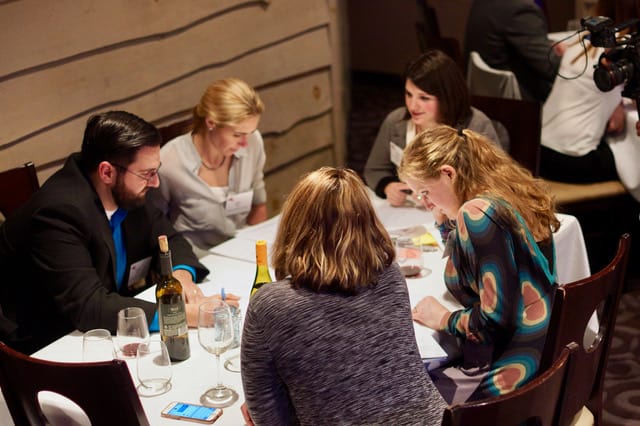 Mock-ups and models. Whether they be physical or computer generated, having models that all of the members of the team can see and interact with will invite more collaborative and creative conversation and help identify problems early.

Only create, never blame. What if contracts were designed to promote problem solving rather than finger-pointing? No matter what happens along the way, it’s not about seeking blame, rather, creating for a path forward.

Thoughtful planning. It’s not realistic to have a plan that assures all will go perfectly. Rather, it’s having a plan that is thoughtfully developed around the notion that things will go wrong, and includes a way to flexibly deal with that reality. 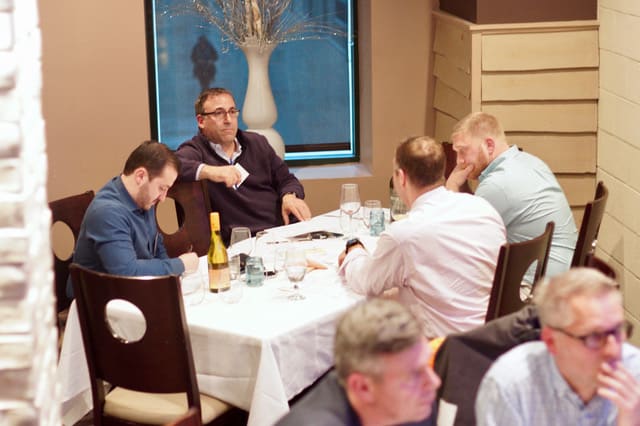 Strength of culture. You can let culture happen, or you can create an environment that the kind of culture you want can grow and flourish. This requires a clear vision and set of values to live by and strong leadership to fight for and defend those values. A strong culture will go a long way to have a team that can handle change and surprise much better than one without one.

Dynamic interactions. The work-at-home movement is breaking down, as the convenience of working from home is now clearly outweighed by the value of spontaneous interactions only proximity allows for. Demonstrate how you will use space, technology, or other methods to ensure interactions.

Feedback, early, often, always. One of the teams suggested they build two projects at the same time. One for playing with (perhaps at smaller scale, or with cheaper materials), one being the final product going to Mars. This would allow for real-time testing and feedback to be happening, and give the team time to response to feedback during construction, not after when it is too late, or too expensive. 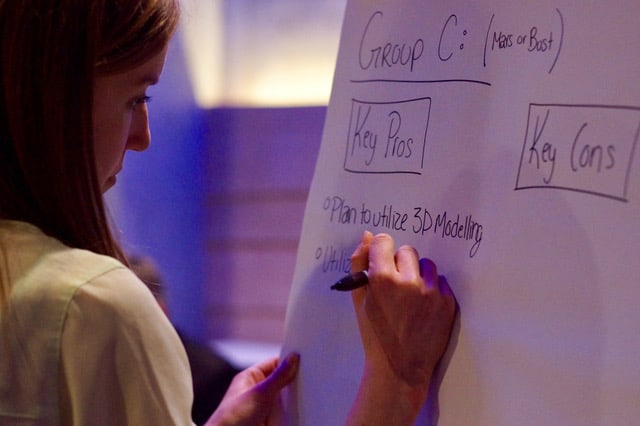 Go beyond what you know. Borrowing ideas from other industries or fields of study that could benefit a project isn’t just a good idea, it is the basis for collaboration at a higher order. You don’t have to be the expert at everything, but you do need be an expert at inviting them into the conversation.

Set yourself up for success. If you don’t have the tools to best demonstrate your thinking, create them! Whether it be through story, visuals, activities, set it up so your ideas are not only communicated, but have been presented in a way that others who need to sponsor them have what they need to carry them forward.

The breakthrough. The group came to the realization that a lot of these ideas aren’t new, and many of the firms represented at the workshop practice them in some form. However, collaboration became the context that had these ideas make sense to the client. Because collaboration makes sense. It results in better quality projects, built more quickly, for less overall cost and waste, while being a more enjoyable experience for all. 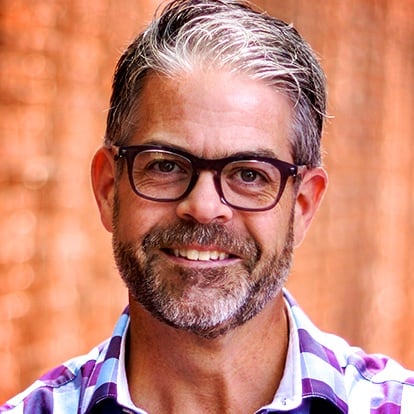 Brent Robertson is a partner at Fathom of West Hartford, Conn.