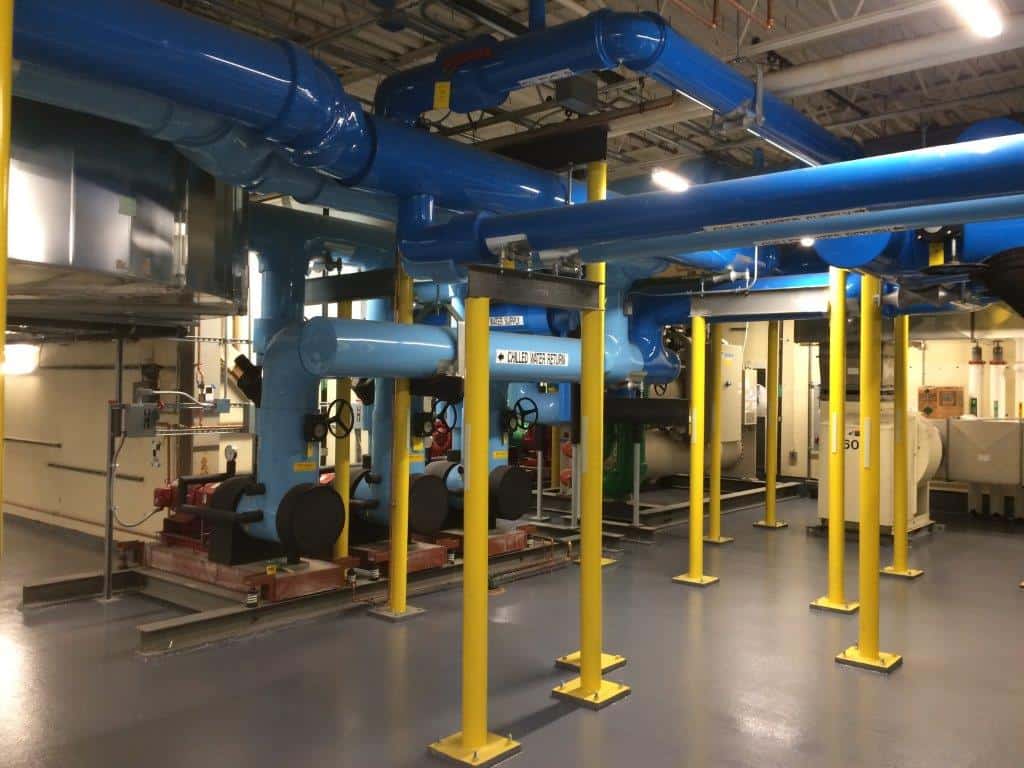 Milford, MA – In 2015, Waters Corporation teamed up with the William F. Lynch Co., Inc. to upgrade its aging HVAC equipment in buildings 6 (101,000sf), 7 (71,200sf), and 8 (56,700sf). The goal was to create a baseline GMP and compare that with recommended energy conservation methods that would replace existing equipment with new code-compliant equipment. The master plan developed to provide these ECMs and to meet the owner’s operational needs resulted in the following complex plan:

The penthouse floor was not designed to handle the weight of the new equipment and piping. Therefore, an engineered plan was developed to mount the chillers and pumps on steel beams to spread the load. 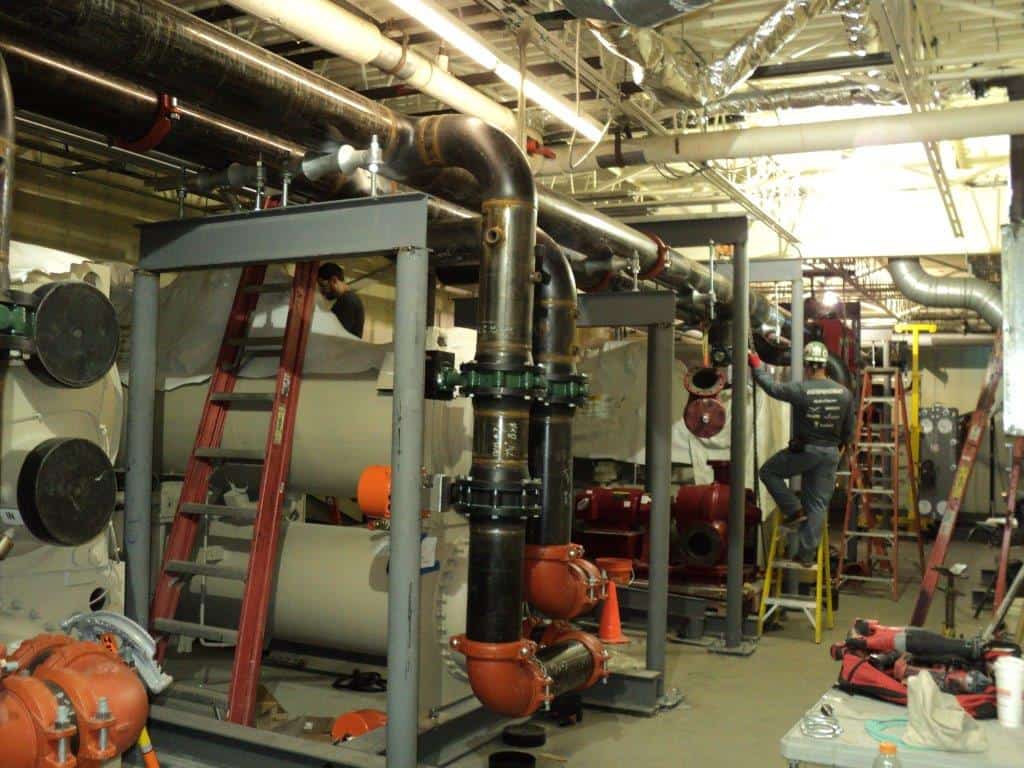 The roof (10 feet floor to underside of joists, 11 feet 6 inches to decking) of the penthouse was incapable of supporting the piping load. So, pipe stanchions were welded to the floor plates with overhead cross beams used to support the piping.

Since chillers required mounting within 3 feet of the exterior penthouse wall, access doors were installed in the wall panels for the tubes access.

Exterior wall panels were removed to allow for removal of demolished equipment, and rigging of new chillers and AHUs were shipped in pieces, rigged into the penthouse, and assembled. 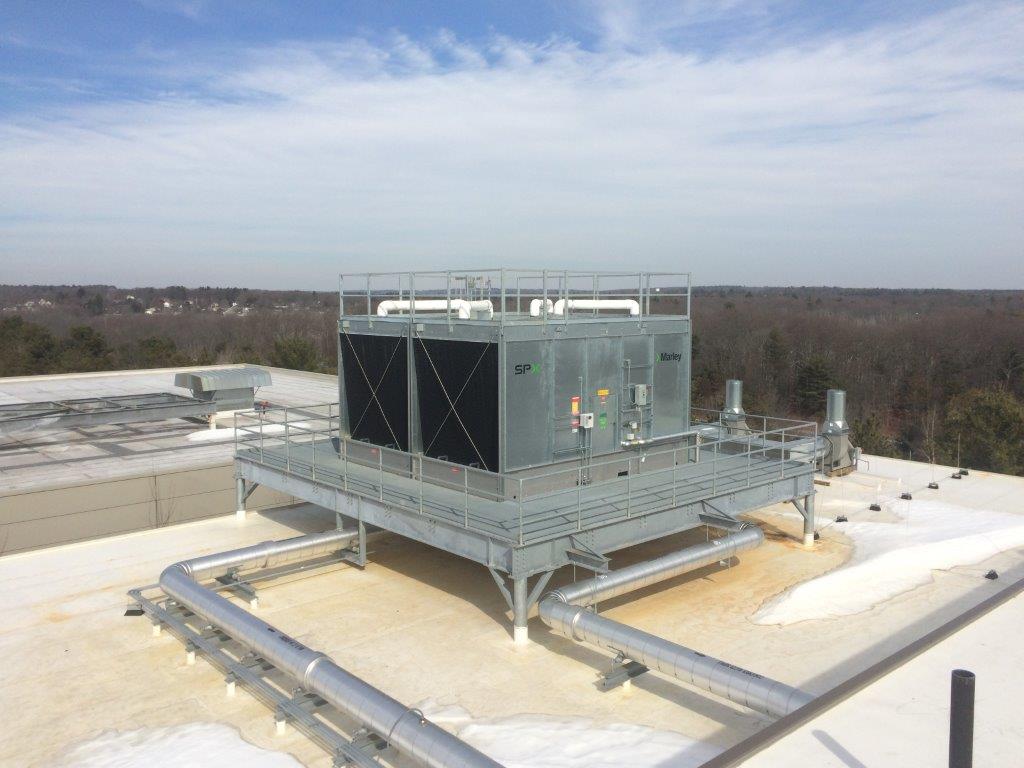 The project was carried out in phases to include 95% of the work to be performed in the winter months while maintaining operation of one VAV AHU in each penthouse; the demolition of evaporative condensers and associated piping; installation of chillers, pumps, heat exchanger, and piping ready for final connection to B6, B7, B8 AHUs, and existing chilled water mains; removal of one AHU in each penthouse; and installation of the new AHUs, re-duct, re-pipe, finish controls, and startup. We allowed two weeks of uninterrupted run time and repeated phases 4 and 6 to make final connections to existing piping systems and decommission existing chillers.

The project was completed on time and per the budget with a $500,000 incentive to the owner from NGrid, energy savings of 602,955 KW (average $89,453) per year, and an incremental cost of $1,273,626 (baseline vs. ECM), resulting in 8.6 year payback after incentive with no disruption of services to owner and reduced maintenance costs