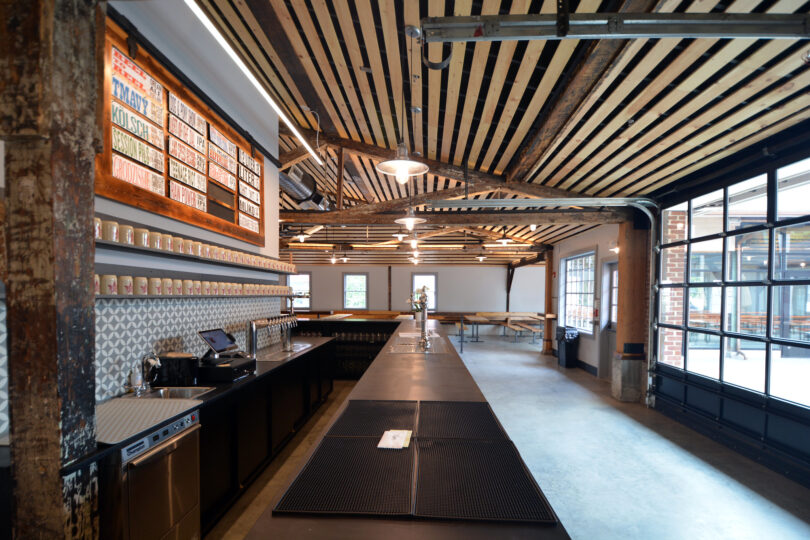 Unique reuse projects throughout Boston continue to bring light to the quality craftsmanship required to thoughtfully restore historic structures, the creative vision to imagine new purposes, and the collaboration of communities, partners, and resources to restore these structures.

The Charles River Speedway project was inventive in its approach to sustainable, transformative reuse, effectively preserving a historic landmark into a new cultural destination within a rapidly developing neighborhood of Boston.

Located in Brighton, Mass., the “Speedway” was built between 1899 and 1940 and was largely abandoned. Over 40 years, the complex grew to include several structures, including horse stables, a superintendent’s residence, and a nine-bay car garage. Portions of the building had begun to decay, with one section suffering a fire. For 15 years, it was primarily vacant and nearing total dilapidation.

In 2010, the Speedway was added to the National Register of Historic Places, and Preservation Massachusetts designated it one of the most endangered historic places. Three years later, the City of Boston deemed the complex a landmark, protecting the buildings from demolition and encouraging their preservation and reuse. In 2014, the Department of Conservation & Recreation selected The Architectural Heritage Foundation (AHF) to preserve and redevelop the Speedway through the agency’s Historic Curatorship Program. Finally, there was a real vision for this historic structure. The AHF proposed converting the complex into a public resource supporting local entrepreneurs and a community gathering space to connect the neighborhood to the Charles River. 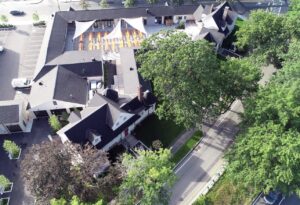 In fall 2019, ground was broken to restore the historic buildings, challenging the team to bring an uninsulated, wood-frame structure into the 21st century. Entirely new uses were introduced to the site’s historic structures. The maintenance garage for trucks became event space, the former police headquarters and garages are now a restaurant and brewery, and open-air horse stalls were transformed into small, enclosed retail spaces. Artifacts from the Speedway’s storied past were carefully preserved and incorporated into structures and finishes.

In anticipation of a carbon-free Boston, the Speedway boasts all-electric HVAC and a low-carbon approach to materials selection. Biogenic materials like wood framing, wood finishes, and cellulose insulation were used wherever possible.

The modern envelope, comprised of cellulose insulation, insulates the historic wood structures without altering their profiles. The team developed a breathable cladding assembly and vented roof design to prevent moisture build-up in the walls or roofs. Like the original structures, simple wood framing was utilized as much as possible.

More than 120 years after it was initially built, the Speedway is now a revitalized destination and home to a mix of independent businesses and nonprofits, creating jobs, encouraging entrepreneurship, and highlighting the neighborhood’s vibrant and creative community.

The project has been recognized with a Boston Preservation Alliance Achievement Award for an exemplary effort to preserve Boston’s history and vibrancy. Preservation Massachusetts presented the project with a Robert H. Kuehn Jr. award, honoring collaborative partnerships with creative and innovative ideas for rehabilitating and actively reusing historic buildings.