Westborough, MA – Travis McCready, president and CEO of the Massachusetts Life Sciences Center, says that spreading the wealth of life sciences companies and employment around the state is vital to  Massachusetts’ objective of maintaining a leading role as a home for biotechnology, pharmaceuticals, medical devices, diagnostics, and related firms. McCready said he and the center work to “debunk the myth that innovation can only take place in Boston and Cambridge.” 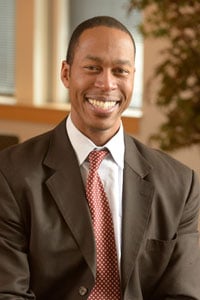 He spoke on March 18 at the monthly meeting of MassEcon, a nonprofit, nonpartisan organization that serves as the state’s private sector partner in promoting Massachusetts for business growth.

He noted that the distance from Boston to Worcester is the same as the length of Silicon Valley, which has not one but three international airports and is making investments in public transportation.

“Kendall won’t continue to thrive unless these other places nearby are available for locations for other innovative companies to locate here in Massachusetts,” McCready said.

McCready outlined the goals, successes, and challenges of the Massachusetts Life Science Center, an eight-year-old quasi-public agency of the Commonwealth with a mission of creating jobs in the multifaceted life sciences industry.

He said that the center has contributed grant funding to every one of the vocational technical schools in the Commonwealth.  The funds allow for the purchase or life sciences research equipment, which he said is the biggest need in developing talent.  The Center has also made capital infrastructure investments at colleges and universities throughout the state, for buildings and equipment used to teach science and prepare students for life sciences jobs.  The Center has also funded more than 2,200 internships at hundreds of life sciences companies across Massachusetts.

The Center was created with up to $1 billion in funding for capital projects, tax incentives, and other investments to encourage life sciences growth in Massachusetts. McCready said that he expects the Center will continue beyond its initial 10-year lifespan and that it is assessing expenditures and prioritizing for the future based on what has been successful.

Massachusetts has experienced strong growth in the life sciences sectors over the last decade. Sixteen of the world’s top 20 biopharma companies either have a presence in Massachusetts or have announced plans to establish one. All 10 of the world’s largest medical device companies have operations in the Commonwealth.

While the Center helps to fund startups and entrepreneurs, McCready said that “start-ups need to scale up,” and it is focusing on companies’ continuing development and growth.

“MassEcon truly values the collaborative relationship with Travis and the MLSC in working to promote Massachusetts as a home for life sciences companies,” said Susan Houston, executive director of MassEcon.