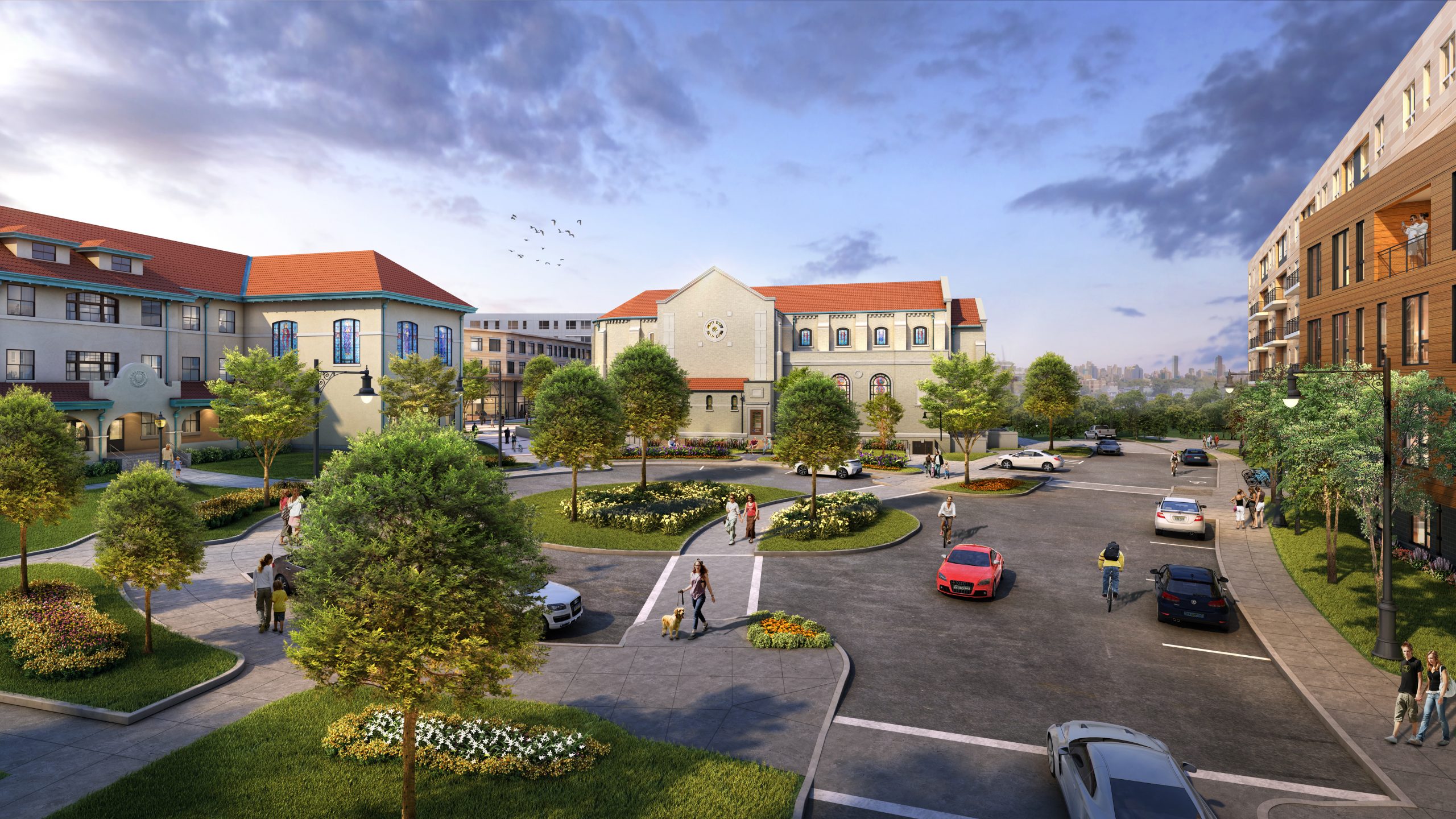 The Overlook brings 555 new apartments to Brighton as a luxury residential community centered around the re-imagined church and St. Gabriel’s Monastery, a Boston Landmark originally built in 1909. In addition, the community consists of three newly constructed residential buildings, more than 45,000sf of indoor and outdoor amenities, and seven acres of green space. The Overlook’s publicly accessible parks and pedestrian pathways will also provide greater connectivity throughout the neighborhood while delivering a serene hilltop living experience with views of Boston’s skyline. 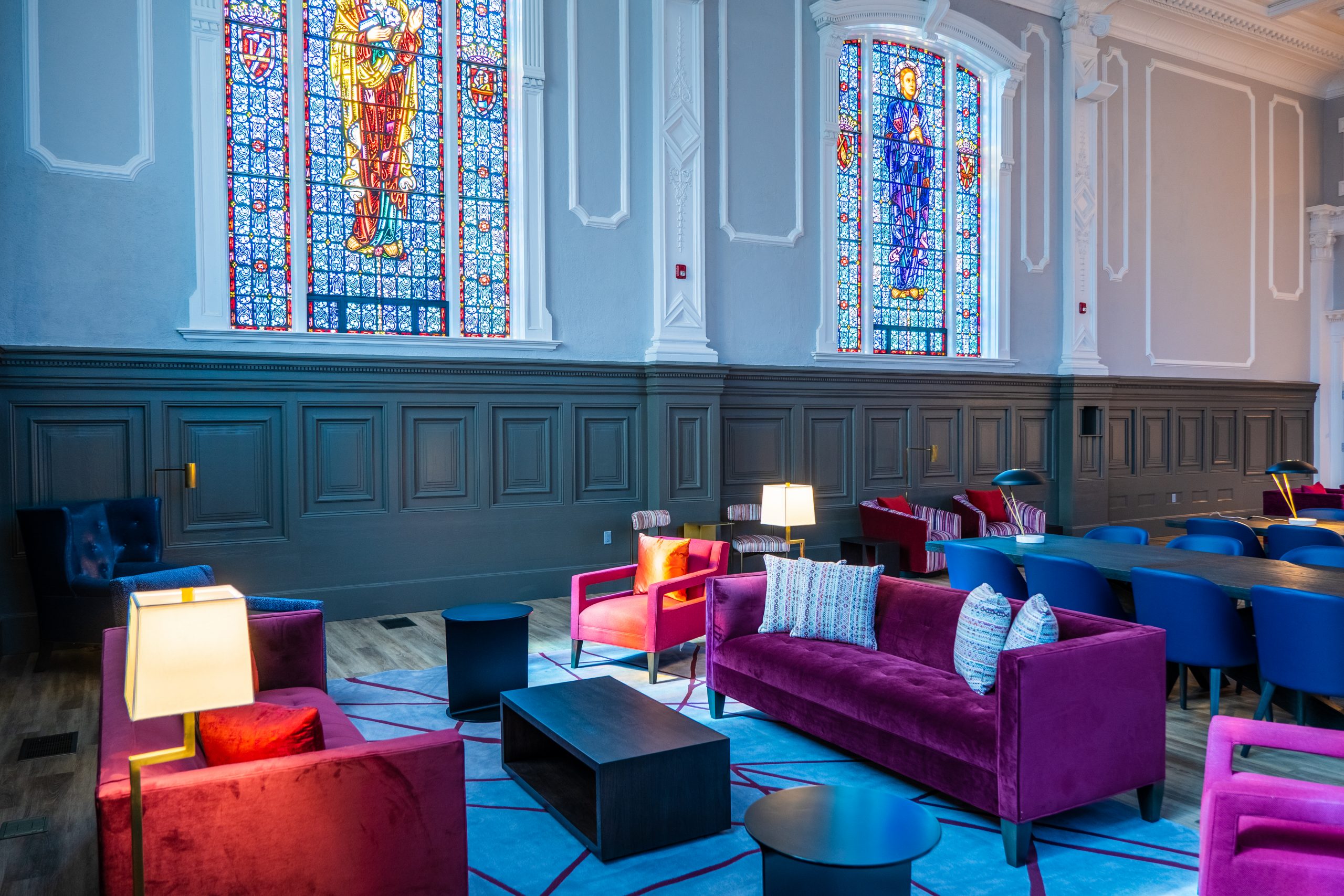 Overlook Landmark, a boutique residential building, and Overlook East are available for tours and move-ins. Overlook Landmark’s opening is significant as it reflects the meticulous restoration of a Boston landmark, St. Gabriel’s Monastery, one of the only remaining examples of Mission-style architecture in Boston. The development team has invested significantly in restoring elements of the building’s original grandeur while creating contemporary residences with timeless accents and unique floor plans.

“The Overlook at St. Gabriel’s is a once-in-a-lifetime development opportunity that includes a monumental restoration and transformation of a neglected site that was left paved over and in much disrepair into a lively destination with community benefits, green space, amenities and convenience,” said John Sullivan, executive vice president at Cabot, Cabot & Forbes. “We are extremely excited to open the first phase of the project and look forward to continuing our work and delivering a vibrant community in Brighton.” 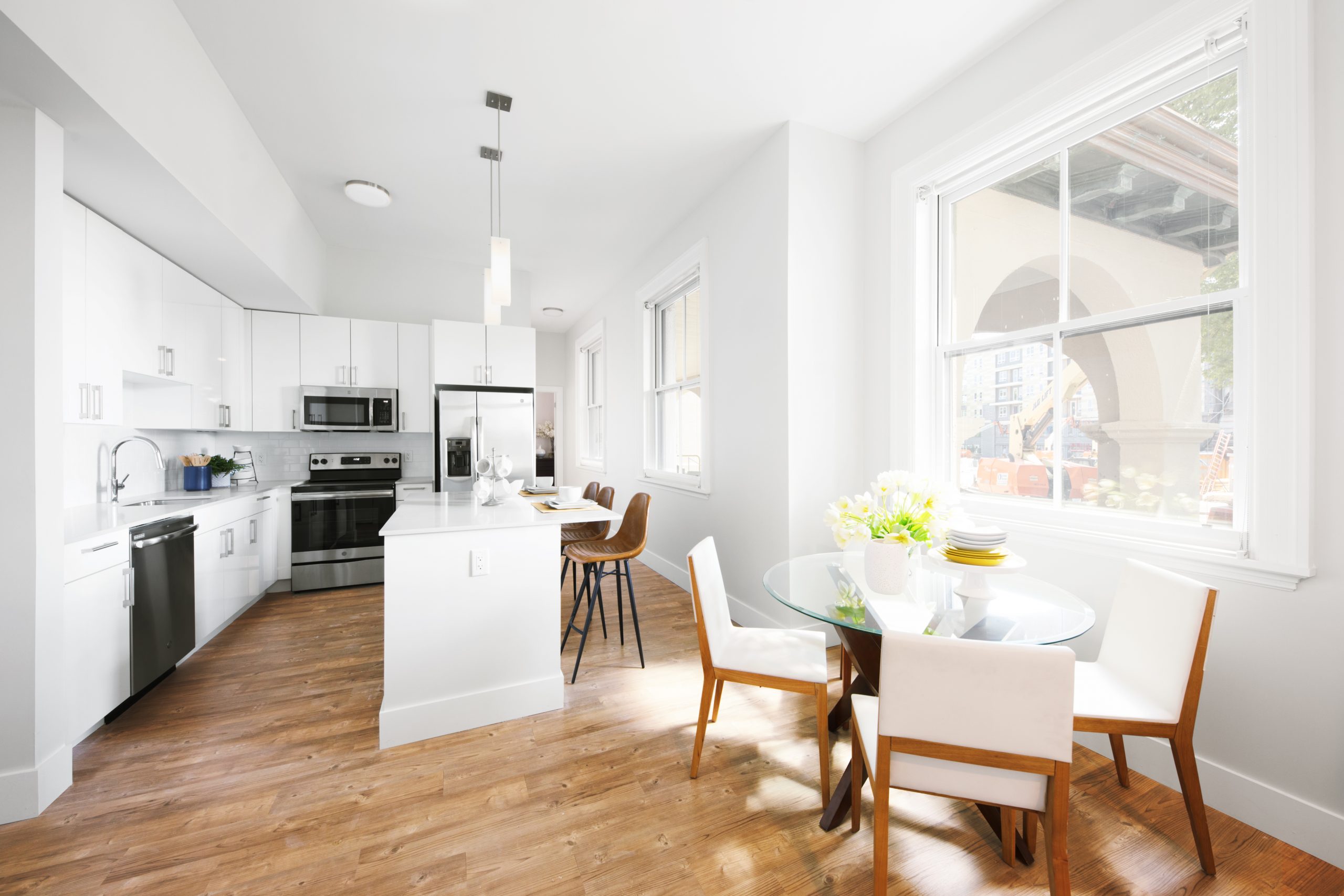 The restored St. Gabriel’s church, now called Maker Hall, will deliver later this summer and will feature a fitness center, cafe, gathering spaces for coworking and socializing, private conference rooms, areas for games such as pool and shuffleboard, and community space. Elements from the original church, such as its vaulted ceilings, terrazzo flooring, artisanal flourishes, and stained glass, are all incorporated into the design. As part of the new residential buildings, there will also be two pet spas and a resort-style infinity pool and sun deck.

“Careful attention to detail was spent to blend the classic and contemporary designs to create a property and experience like no other in Boston. This focus was carried through the thoughtful design of our unit types that offer a variety of efficient studios and one, two, three, and four-bedroom unit choices that will best accommodate a wide spectrum of renter price points and preferences. This is complemented by giving residents the opportunity to live within an open, park-like oasis within a bustling urban area in Boston, without giving up an urban lifestyle,” said Jeff Githens, president at Peak Campus Development. 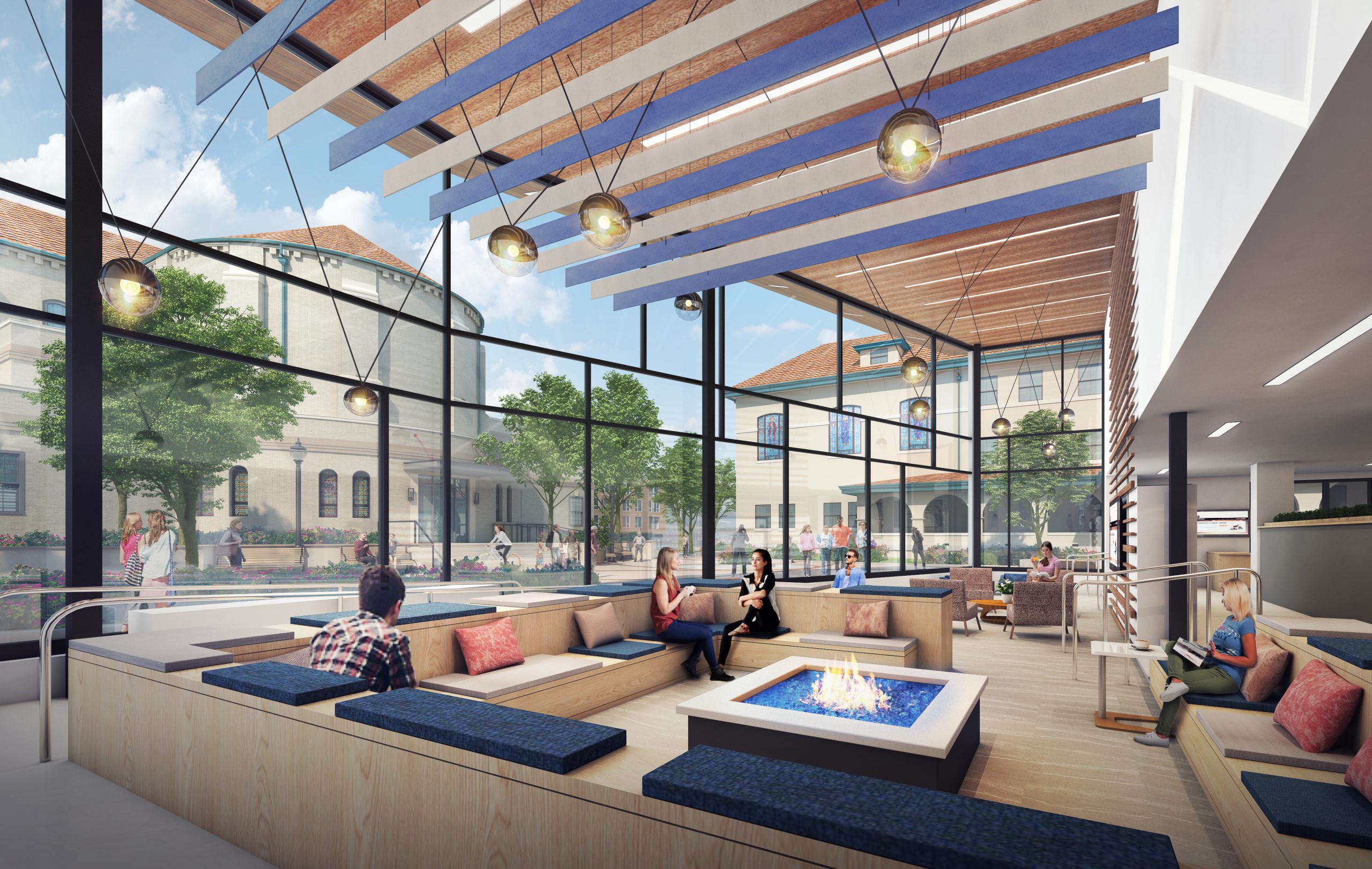 The Overlook’s transit-oriented location is steps from Brighton Center and Washington Square in Brookline, as well as accessible from downtown Boston and Cambridge via the MTBA Green Line and multiple bus routes. Proximate to the Mass Pike (I-90) and Storrow Drive, there is ample parking, bike storage and an onsite Hubway station. The Overlook will also operate a complimentary resident shuttle, servicing routes to Brighton Center, Boston Landing Commuter Rail Station, and Harvard Square.