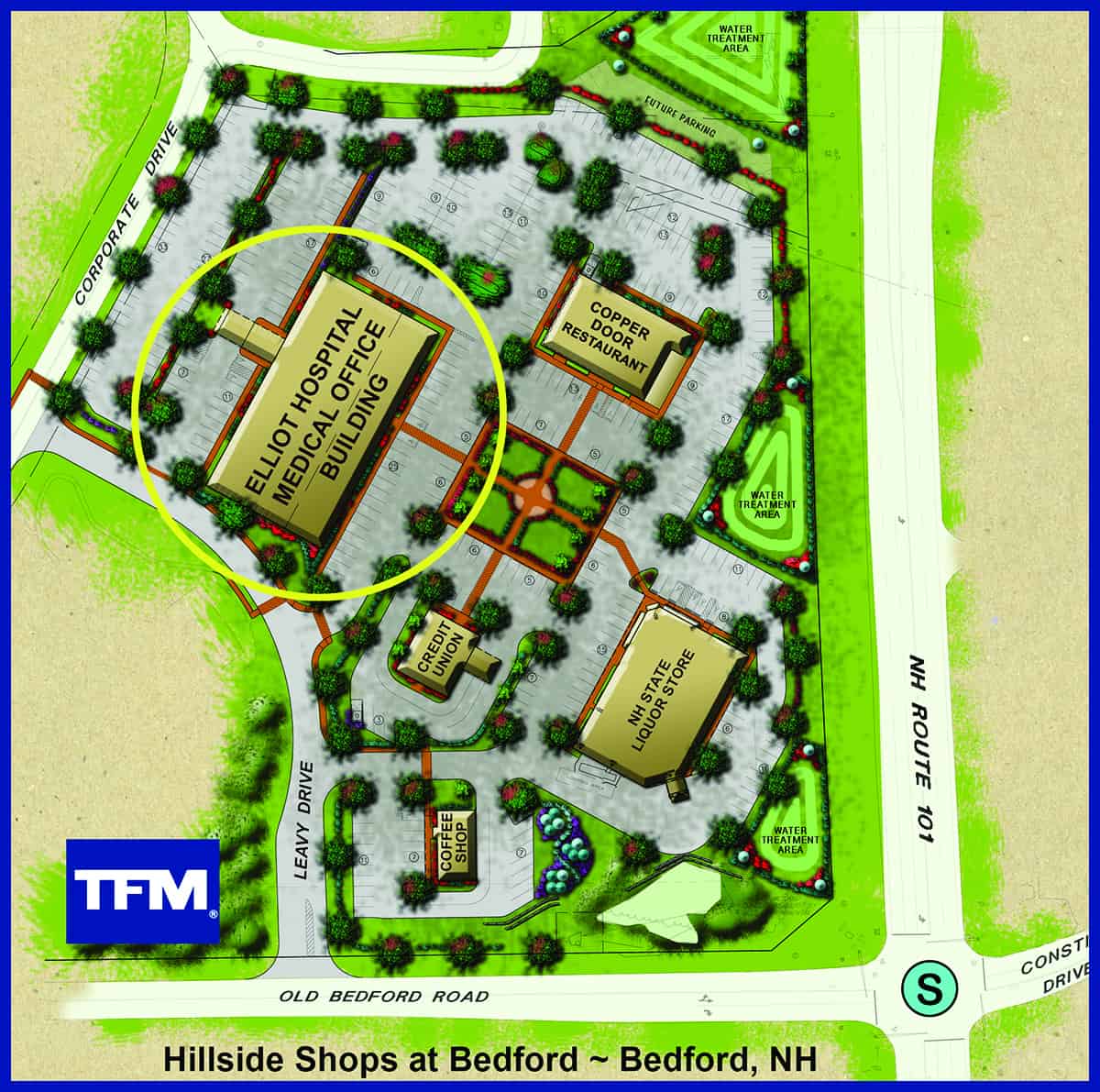 Site plan for Hillside Shops at Bedford / by TFMoran

The medical office building broke ground in December 2016 and is the final phase of this multi-use development designed by TFMoran and originally developed by AV Bedford, LLC.

This new state-of-the-art medical center will house three existing Elliot primary care practices, that are now at three different locations in Bedford. According to Elliot Health Systems, “The two family medical offices will be combined in the new facility, and the pediatric office will also be relocated in the new center. Services such as lab, mammography, x-ray, bone density screening, and pharmacy will also be included for better patient care.” 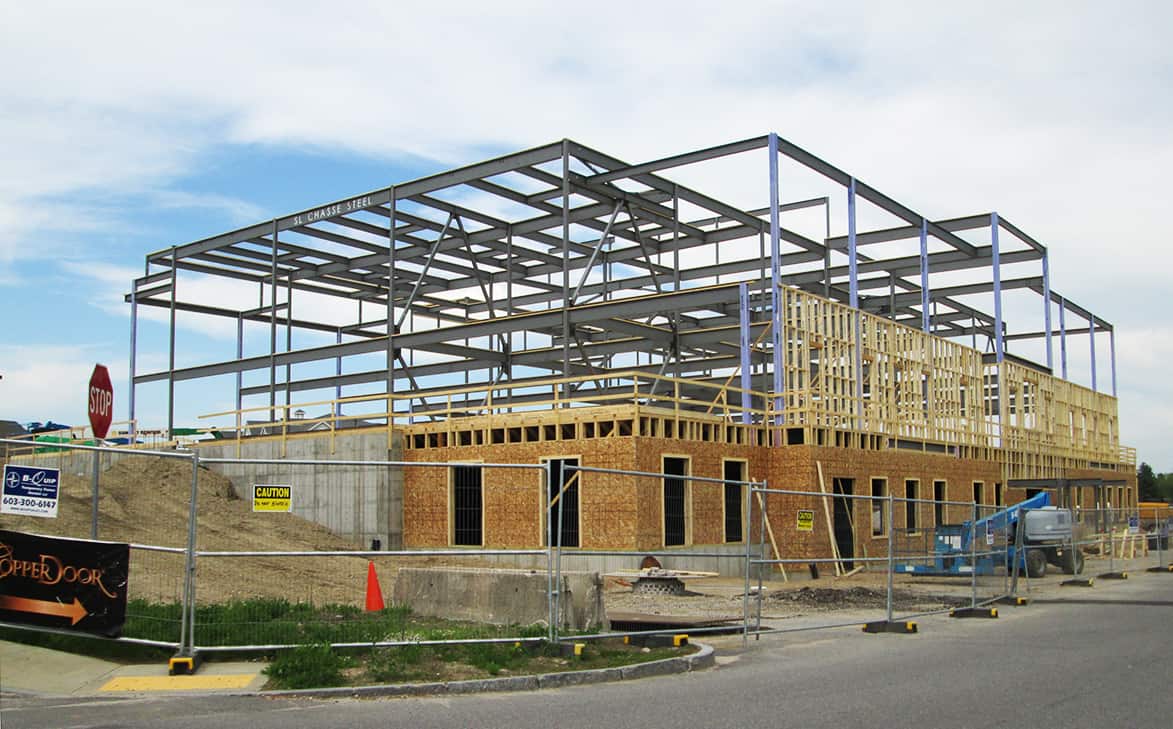 This two-story medical office building is located on a sloping site and will have at-grade entries on two sides at upper and lower levels. Lavallee Brensinger Architects of Manchester designed the exterior to have traditional New England forms and materials accenting the entrances and corners.

Constructed by A W Rose Construction, LLC of Manchester, this new facility will be completed in two phases, the first of which includes two levels and is expected to be completed by January 2018. The second phase consists of construction of a third level.