Stoughton, MA – The town of Stoughton and Finegold Alexander Architects announced that construction has begun on the new Stoughton Library. The project will expand and renovate the current structure of 22,000sf to approximately 31,000sf, bringing thoughtful program-driven spaces that are flexible, comfortable, and welcoming to more effectively meet the demands of a growing population. 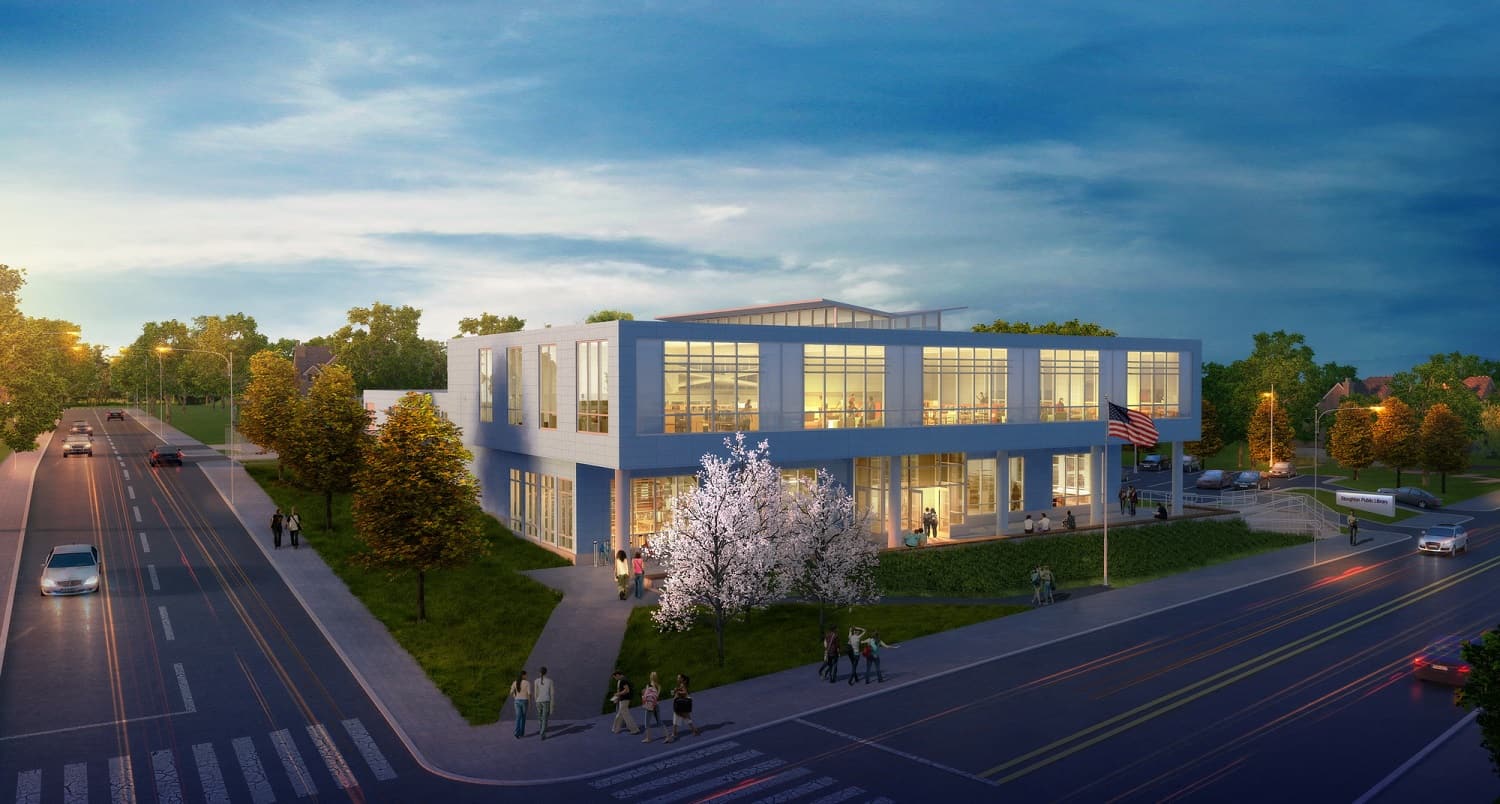 The team will update and replace all systems with energy-efficient components; ensure that the public building is completely accessible; increase existing parking spaces; offer a variety of meeting spaces for library programs and community use; improve the Children’s Area to offer an enclosed craft and story hour space; provide a separate enclosed space for young adults; and expand the current two-story building with security and technology that will allow the library to manage with its current staff. The new design will also expand the second floor and create a glazed addition that extends over the new main entrance terrace. 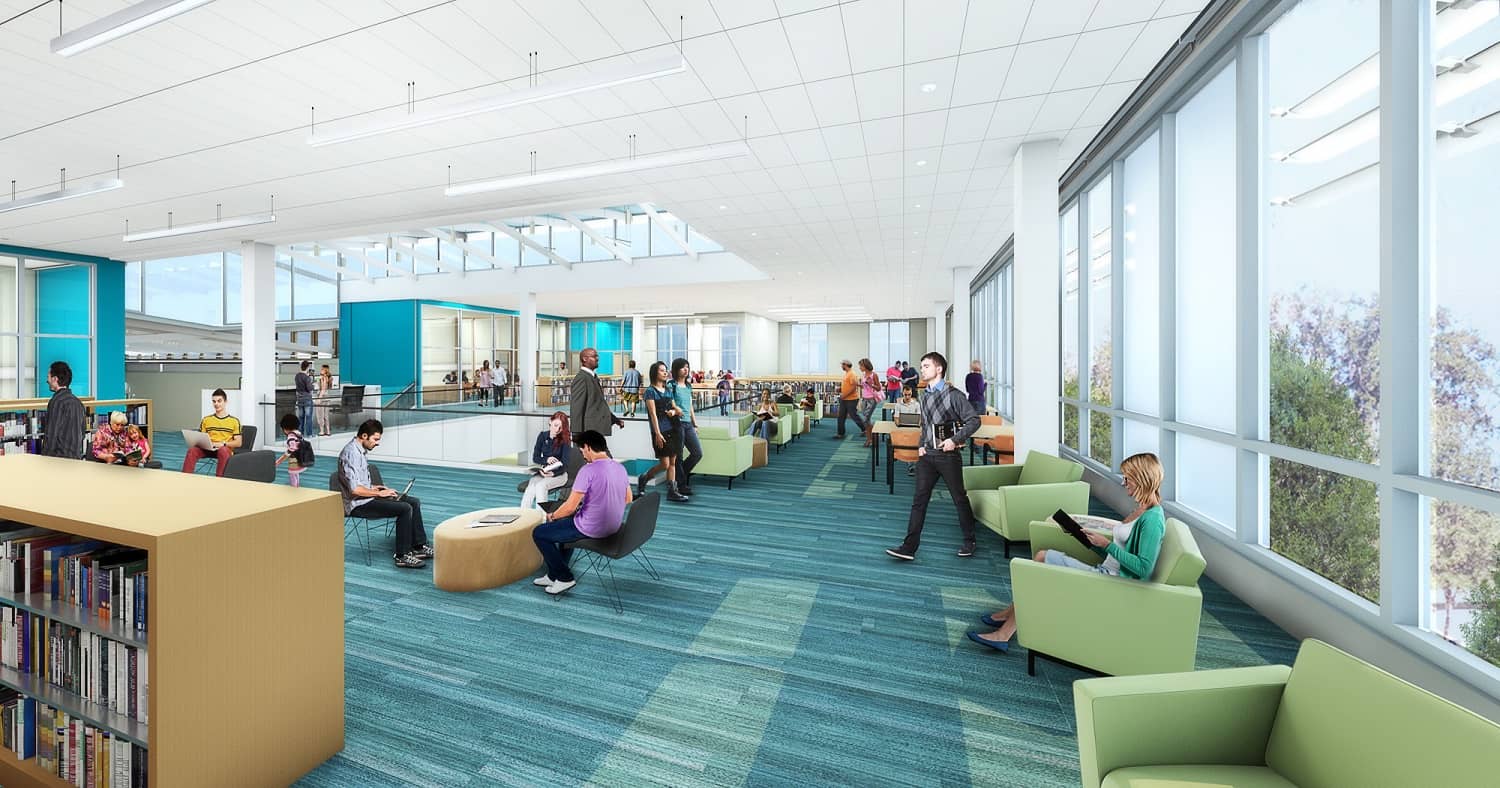 The existing 1969 library was well designed for its time, with a large central stair, atrium, and clerestory windows throughout. The open plan was innovative and allowed the library to evolve for many years. With the advent of technology and the passage of time, the building became outdated. The Stoughton Public Library completed a feasibility study in 2009 and, after securing funding through the Massachusetts Board of Library Commissioners and funds from the town of Stoughton, the design was underway in the spring of 2016 and is slated for completion in September of 2018. 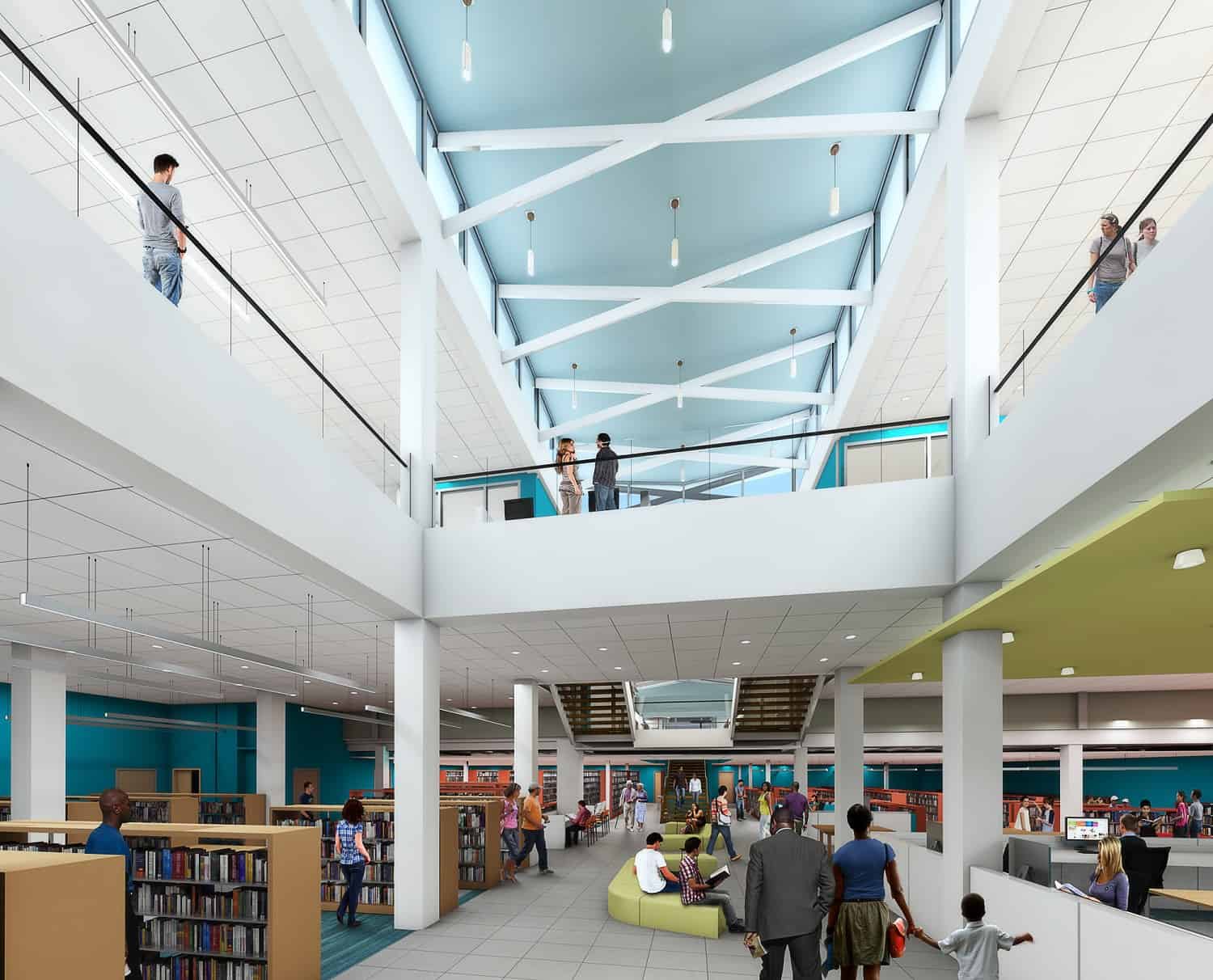 The Stoughton Public Library originally opened its doors in 1969 with 22,000sf and a capacity of 96,000 books. By 2006, the population of Stoughton was about 27,000 and projected to be 30,000 by the year 2030. The collection was already over capacity at 100,000 books, and the library was unable to meet the demands for public technology and computer access, community and meeting spaces, and technology training. In addition, the library hosts an extensive 17-language adult literacy program and is in need of updating for universal accessibility.

“We are excited to break ground on this much-needed renovation and addition project, and look forward to bringing this remarkable community library into the 21st century,” said Finegold Alexander Principal, Ellen Anselone.