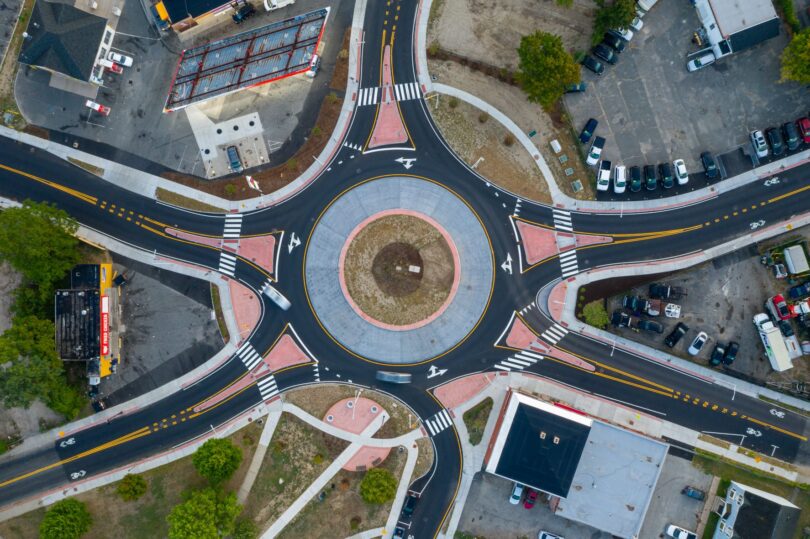 Springfield, MA – The American Council of Engineering Companies of Massachusetts (ACEC/MA) has named Fuss & O’Neil as a 2021 Silver Engineering Excellence Award winner for their work on the Six Corners Roundabout in Springfield, Mass.

As part of the city’s efforts to rebuild the Six Corners neighborhood after the 2011 tornado, Fuss & O’Neill partnered with the City of Springfield to develop intersection improvements at this heavily traveled intersection. The six-legged intersection was plagued with long delays, high accident rates, and unsafe pedestrian accommodations. The company worked with the city to develop a series of potential roundabout design options for the intersection. The design balanced geometry challenges to meet the City’s integrated goal of improved traffic circulation, improved safety, and creating a public space connecting the neighborhood.

The Six Corners roundabout uses a 6-legged urban roundabout in an area that has typically been plagued with high speeds and accidents, and an investment in an otherwise neglected area of the city. It has been reported that the new roundabout has  changed the experience of drivers and pedestrians in the area.