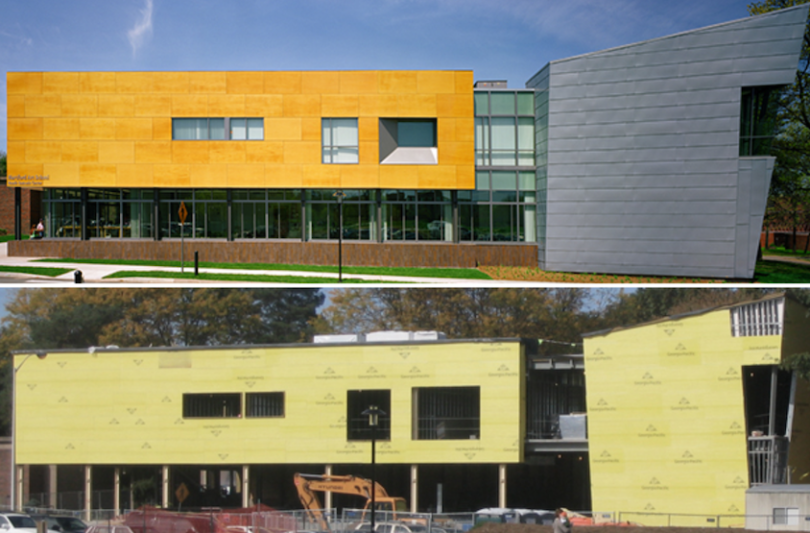 Glastonbury, CT – The S/L/A/M Collaborative (SLAM) is celebrating the 25th anniversary of its construction division, launched in September 1996.

Early on, SLAM had a vision to approach construction from a master builder’s perspective: taking the responsibility of an owner’s project from design through construction, guaranteeing quality projects and better control of the cost. Representatives of the firm say this unique bundling of design and construction services resulted in more than two decades of successful project delivery for multiple clients representing a variety of market sectors.

In the early ’90s, SLAM was successful with designing to budget several public school projects and as design builder on several other projects for private organizations. As a result, SLAM became highly competitive amongst design firms and developed many trusted partnerships. This in turn led to an in-house estimating group and eventually the construction management division. The architect led master builder concept of SLAM Construction Services was born.

Unique to the original vision is SLAM’s pre-construction cost control integration. SLAM representatives say professional estimators continue to be part of the team early on in design, producing cleaner and tighter budgets than CMs can produce, and that reputable firms with multiple estimators might have relationships and connections, but SLAM’s design estimators have the details and can help reduce the numbers in an owner’s favor to a valued and conservative result.

SLAM’s Construction Services division is focused on the next 25 years, building on its past successes. The firm’s representatives say the creation of the Construction Services division differentiates SLAM from other architecture firms: The owner gets what they want with responsible cost control managed throughout, and SLAM designs to a budget and delivers value by taking responsibility for the financial success of the project.