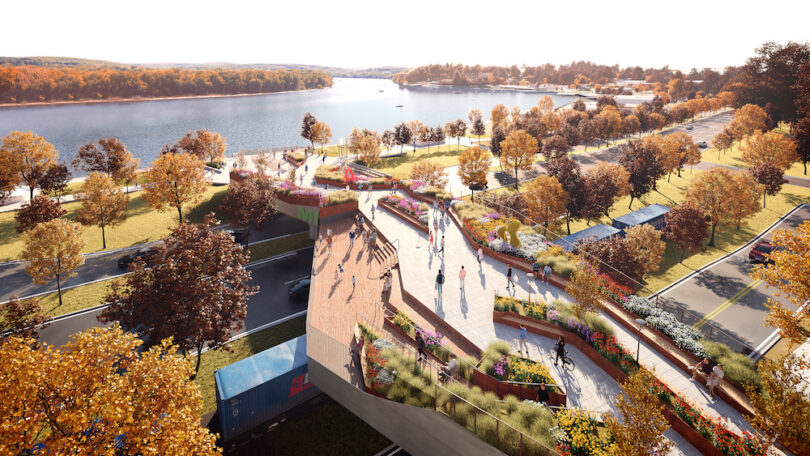 Middletown, CT – The architecture and urban design firm Cooper Robertson has announced the debut of its new riverfront master plan for the city of Middletown. The plan, called Return to the Riverbend, was unveiled in a public event in July. 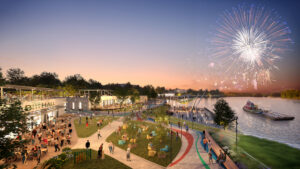 The master plan results from a yearlong planning process reflecting decades of community interest in reimagining Middletown’s waterfront. It lays out a vision for transforming a 220-acre stretch of land along the Connecticut River as a vibrant and accessible new city district with major open spaces, a resilient design, and a broad mix of uses including restaurants and entertainment venues, mixed-use housing, bike and pedestrian trails, parkland, and a pedestrian bridge offering direct connections to downtown.

According to the project team, led by Cooper Robertson in conjunction with Karp Strategies and Langan, the new Return to the Riverbend plan also offers a powerful case study for how similar cities can prioritize the creation of new regional recreational, economic, and environmental opportunities while preserving their historic legacy. 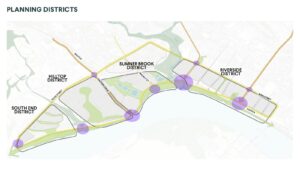 Behind the plan is an inclusive and equitable planning process that depended on close collaboration between the project team, local and regional officials, and members of the public and other key stakeholders. The resulting forward-looking vision represents a compelling example of responsible, community-focused economic development, according to Cooper Robertson. In this way, it blends new commercial opportunities with an expanded public realm and multifamily housing. 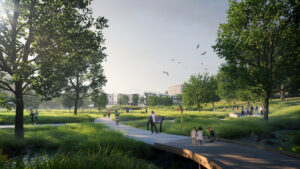 The newly published master plan has been informed by comments from more than 1,200 Middletown residents gleaned in brainstorming sessions, one-on-one interviews, online surveys, and other events to seek input. One of those, a physical storefront, welcomed stakeholders who could offer ideas and direct feedback, seven days a week.

With the master plan now complete, the implementation process is set to begin with a proposed rezoning to facilitate development in the riverfront area, according to the project team.