Dormant manufacturing sites, derelict buildings, and warehouse complexes are not a foregone conclusion to a community but instead, are untapped springs for neighborhood revival.

As members of the design and construction community, we have powerful tools to revive the continuum of history by transforming once-neglected historic structures back into impactful, aesthetically pleasing, vibrant contributions to the urban fabric.

Rooting this ideal in context – my firm, JCJ Architecture, was recently tasked to transform the dilapidated, graffitied, five-story concrete and brick North Armory Wing – just under 72,000gsf – of the Colt Armory complex into a destination, mixed-use development. Sensing the potential of this site, our firm even relocated our headquarters to this factory complex, resulting in our 19,000sf contemporary workplace that promotes collaboration, productivity, and inspiration within the framework of the richly textured 19th-century brick industrial landmark.

Every Building Has a Story

Founded in Hartford, Conn. by Samuel Colt in 1855, Colt’s Patent Fire-Arms Manufacturing Company (now Colt’s Manufacturing Company) and the Colt Armory factory complex from which it operated was the heart of the American Industrial Revolution. Despite a devastating fire in 1864, the manufacturing complex was rebuilt on the same site and remained in active use until 1994. The company was responsible for innovations in manufacturing design and mass production, producing printing machines, custom machinery and wicker furniture, in addition to firearms.

While its history isn’t well known by neighboring residents, at its peak the factory complex housed acres of warehouse and manufacturing buildings. This included three original wings (south, east, north) of the main complex, constructed of five- to six-story concrete and brick buildings, and one-story Forge and Foundry buildings, which still remain. The West Wing and intermediary buildings have long since been demolished.

Where Our Stories Meet

When I was searching four years ago for an apartment within walking distance of JCJ’s then-downtown office (about a mile from the Colt Armory complex), I was attracted to the complex for its spacious units; 12 foot tall ceilings; 9 foot tall windows; luxury apartment amenities including a gym, yoga studio, and game rooms; and convenient walk to the office. At that time, however, the parking lot had not been paved, and neither the East Armory (the base upon which the iconic blue onion dome sits) nor the North Armory had even begun to be maintained, occupied, or refurbished.

Since that time, the parking lot has been paved and the East Armory has been renovated with businesses moving in; a brewery in the South Armory and a sleepy coffee shop has been transformed into a buzzing lunchtime destination for local employees. The legendary onion-shaped dome, an homage to Samuel and Elizabeth Colt’s international travels prominently featured in the company logo, has been restored to its famous blue-and-gold-bestarred glory.

The energy in the neighborhood is beginning to take off as well. Adjacent warehouse buildings that were historically part of the Colt Armory factory complex are filling up with other design firms and the local football field has been renovated into a 5,000-seat USL championship soccer pitch. Additionally, the National Parks Service plans to use the one-story Forge and Foundry buildings next to the North, South, and East Armories as its local visitor center and headquarters for the newly appointed National Historic Landmark, of which the Colt Armory factory complex is the epicenter.

Our design team wanted to explore the essence of the original manufacturer’s revolutionary developments in design and production, to commemorate the legacy of craftsmanship, and to celebrate the edge and patina the building had earned after years of inoccupancy. New corridors and entry alcoves are finished with rich materials reminiscent of the wood, gold, and pearl inlay decorative boxes historically presented to the dignitaries who came to learn from Colt’s innovation (and bulk order his goods). Exposed brick walls, mushroom-capped columns, and ceilings marred with years of peeling paint, graffiti, and leftover anchor pieces have been brushed clean and sealed. The concrete floors are patched and sealed as well. Corridor views will be crowned with graphics of the specialized equipment specifically patented by the Colt’s Patent Fire-Arms Manufacturing Company for production use.

The renovation represents the final phase of a decades-long effort to renovate the Colt Armory factory complex. When the North Armory renovation project began in 2017, the original single plate glass and steel windows and crumbling concrete were called home by pigeons and an enterprising colony of wild cats. Now, the North Armory Wing is the final of the three connected wings of the original industrial site to be fully renovated.

With construction nearing completion, community excitement is palpable for a restored North Armory. A waitlist for eager residents is growing, with the leasing office organizing preliminary tours of the residential units and amenities. Potential commercial tenants are streaming through to witness the transformations completed on other wings of the manufacturing site and to gauge potential for the first-floor commercial space of the North Armory. Lastly, local neighborhood organizations are clamoring to add another development success story in Hartford to the list. 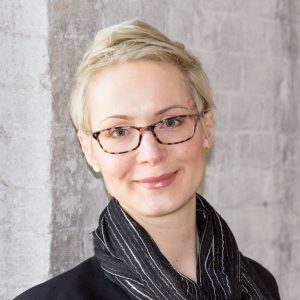