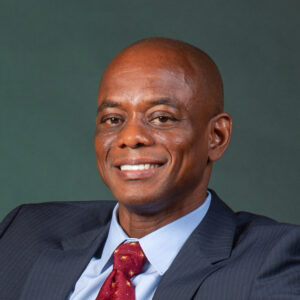 On season 2, episode 6 of the Build Better podcast, Anastasia welcomed Rohan Freeman, founder and president of The Freeman Companies, a multi-disciplinary engineering design and construction services firm in Connecticut. He is also included among a select group of alumni to be nominated to the University of Connecticut (UCONN) School of Engineering’s Academy of Distinguished Engineers.

In 2014, Freeman established the UCONN School of Engineering “Freeman Companies BRIDGE Endowed Engineering Scholarship,” to support minority and female students with an interest in civil engineering who have overcome obstacles such as socioeconomic or educational disadvantage.

Freeman shared more about the challenges low-income students face when attending college, and the ways others can provide opportunities for these students to pursue careers in the industry.

Freeman grew up in Jamaica and in 1984, came to the U.S., eventually attending college at UCONN. He explains, “When I went to college, I felt like I was on an island by myself. I didn’t have a support structure and most importantly, I didn’t know where to go for help. I was the first person in my family to go to college. That made things harder than they needed to be.”

Freeman says that while low-income students are attending college, most often their biggest challenge is having the money to pay for food, books, computers, and other necessities. He says, “If you’re going to college, you shouldn’t have to worry about having the money to eat. That creates a barrier to learning, when you’re focusing on having enough money to eat instead of on what you’re studying.”

His own experience in college influenced his decision to establish the scholarship for engineering students at UCONN. Because low-income students lack an effective support system, the scholarship is given in perpetuity. This tasks the university with providing support to them throughout the year, so they know they have somewhere to go for help. By providing that extra money for the students, they can focus their time and energy on their studies.

Freeman’s advice for students is to “take initiative for your own life.” He says, “If you don’t know something, go and ask and get some help. Try to reach out to other professionals to ask questions so you can make decisions that would impact you.”

He says that 35% of the staff at The Freeman Companies is now women and minorities, reinforcing the importance of continuing to support and educate young people as they pursue careers in engineering. For those companies in a position to help, he encourages them to get out and talk to kids about engineering, or to consider providing scholarships. He says providing opportunities for low-income students to excel in STEM fields allows them to build wealth and pursue meaningful careers, benefitting both the students and their communities.