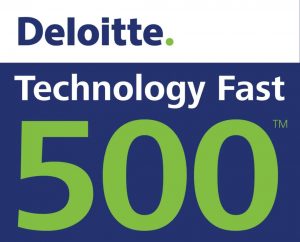 Boston – Recently, Procore announced it had, once again, been included on Deloitte’s Fast 500 list — coming in at No. 147. Deloitte’s Technology Fast 500 is a ranking of the fastest growing technology, media, telecommunications, life sciences, and energy tech companies in North America. Fast 500 award winners are selected based on percentage fiscal year revenue growth over a three-year period (2013 through 2016). Procore grew 758% during this period, earning them a spot on the list. This is a jump in their growth compared to last year, when they were listed No. 151 with 566% growth.

“The Deloitte 2017 North America Technology Fast 500 winners underscore the impact of technological innovation and world-class customer service in driving growth, in a fiercely competitive environment,” said Sandra Shirai, vice chairman, Deloitte Consulting LLP and U.S. technology, media and telecommunications leader. “These companies are on the cutting edge and are transforming the way we do business. We extend our sincere congratulations to all the winners for achieving remarkable growth while delivering new services and experiences for their customers.

Procore’s continued employee growth, global expansion into new countries like Australia and Canada, along with the launch of new products has helped fuel the company’s growth this year. In 2017, Procore launched Construction OS, a platform designed to run the entire life cycle of construction ––connecting every application, device, person, and business operation to an integrated and expandable platform –– plus, two new products: Construction Financials and Quality and Safety.

This press was originally posted on Procore’s blog.