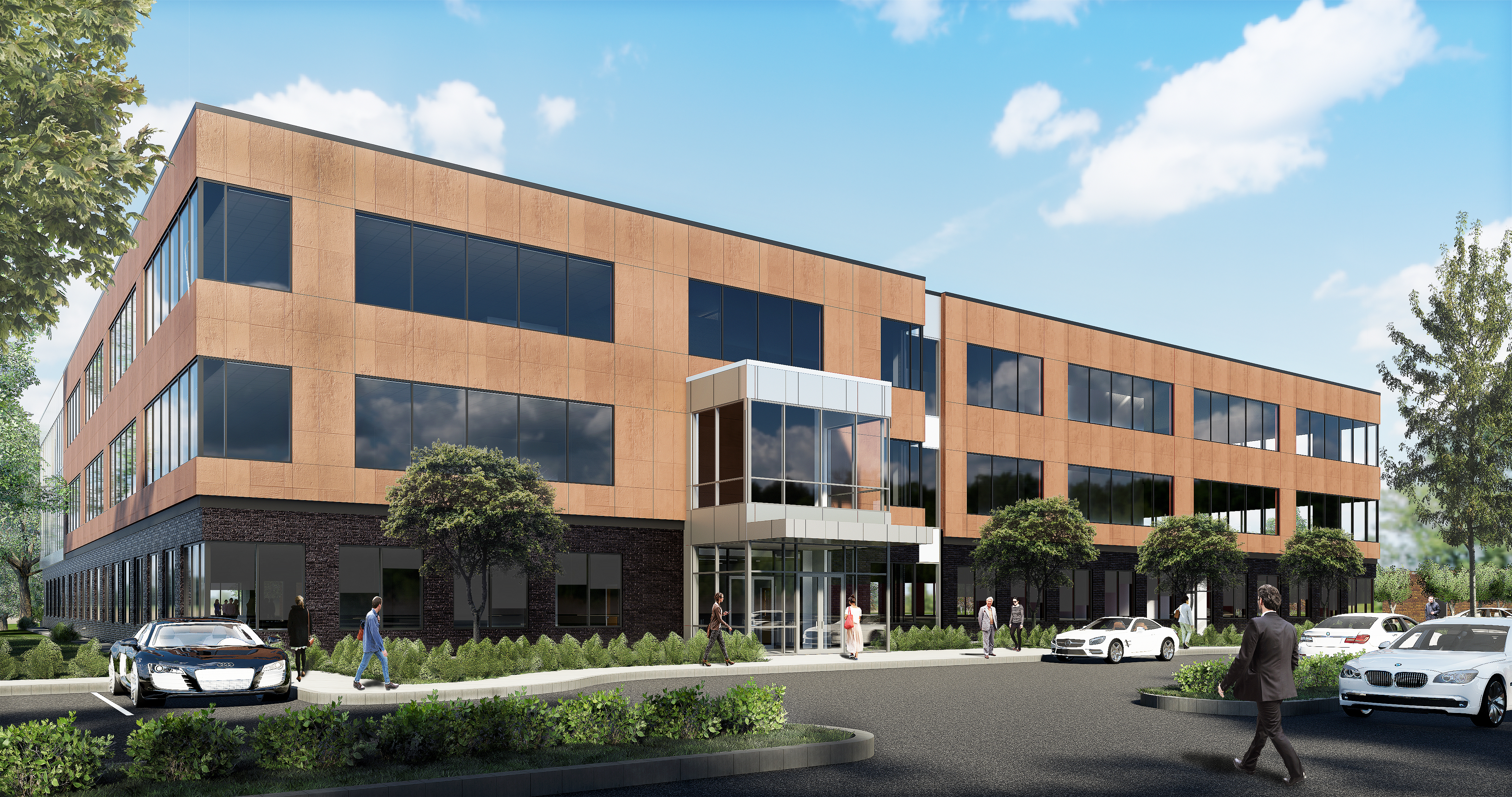 Portsmouth, NH – A 65,000sf commercial office space is underway at 75 Portsmouth Blvd. Locally based developer The Kane Company is the owner, and PROCON of Manchester is the designer and construction manager. The three-story building abuts Commerce Way near I-95 and the Spaulding Turnpike and is about 5 minutes from the city’s downtown area with its rich history, culture, and restaurants.

New construction will feature a modern, state-of-the-art design with flexible floor spaces for tenants, and sustainable elements for energy-efficiency, along with an outdoor patio and parking for 425 vehicles. For visual interest, PROCON’s architectural team designed a brick masonry base while the two upper floors alternate between titanium and russet-toned metal paneling. The first-floor entrance features a two-story storefront entryway encased in glass. An abundance of Solarban tinted glass was incorporated throughout the design for minimizing UV rays while allowing in the sunlight.

PROCON’s senior interior designer said, “After hearing the owner’s vision for the lobby areas, we created a ‘SoHo House’ style featuring light and airy finishes with pops of color. We also added wood millwork along with comfortable seating for visitors in the lobby and main elevator areas.”

The Kane Company president and CEO Michael Kane and PROCON’s chairman and CEO Mark Stebbins have worked together on multiple buildings over a 28-year period. Among their past projects are Flextronics, Bottomline Technologies, 155 Borthwick and 230 Commerce Way. When commenting on their longstanding business relationship, Michael Kane said, “I’ve never worked with a more organized group of individuals who quite literally put my interests ahead of theirs.”

As one of New England’s oldest seaports, Portsmouth is New Hampshire’s only deep-water access way, bolstered by a thriving naval shipyard. It is also a steadily growing urban hub that is attractive to millennials due to numerous high-tech firms, shopping, a fast-growth real estate market, walkability and notable eateries.

With an over 2.5 million sf property portfolio, The Kane Company has been an integral part of the city’s evolution for the past three decades. Michael, together with his brother John who is the CIO, have developed, invested and co-managed numerous commercial properties on the city’s landscape. As such, they are postured to meet the city’s ongoing growth with the completion of this new commercial leasing space in summer 2018.