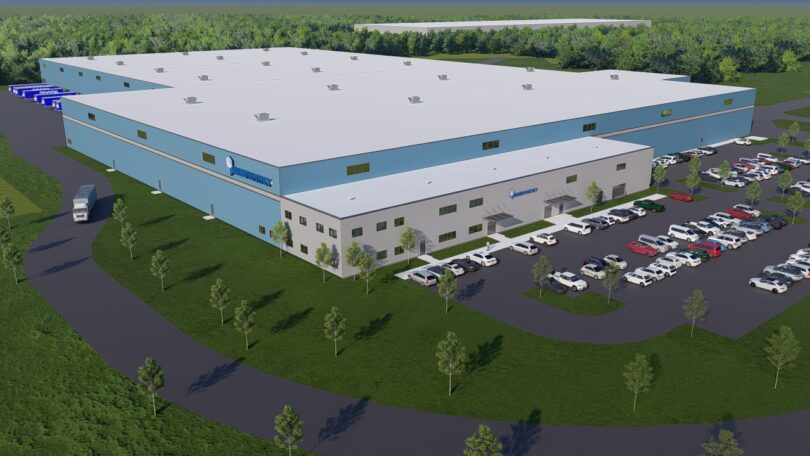 Boylston, MA – Rand-Whitney officials were joined by business leaders, Town of Boylston officials and their design-builder, PROCON, for the groundbreaking ceremony of a 384,000sf packaging facility in Boylston.

The state-of-the-art facility represents the latest investment by the company in equipment and capacity to meet the significant growth in worldwide demand for packaging that was accelerated by the COVID pandemic. When fully operational, the new packaging facility will have the potential to manufacture 300 million boxes annually. 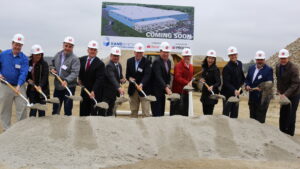 Operating in Massachusetts since 1938, Rand-Whitney chose to build the facility in Boylston due to its proximity to major transportation corridors and access to a skilled workforce. The sustainable facility will feature energy efficiencies and the industry’s most efficient robotics and automation equipment. Rand-Whitney’s vertical integration will allow the facility to manufacture packaging that uses a very high percentage of post-consumer waste, using 100% post-consumer waste linerboard produced in the company’s own mill in Connecticut.

Rand-Whitney is one of several companies owned by New England Patriots’ Owner Robert Kraft and is the largest independent corrugated packaging manufacturer in New England with areas of expertise in cost-saving package re-engineering and custom lean manufacturing programs. The company also produces and ships corrugated displays, shipping containers and folding cartons to a variety of industrial and consumer end-users. The Boylston facility is its fourth collaboration with PROCON. 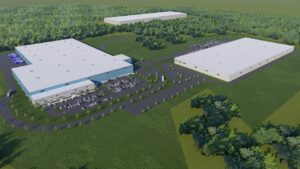 “Working with the leadership at Rand-Whitney over the past decade has been incredible,” said John Stebbins, PROCON managing director. “The design and construction of the Boylston packaging facility will reflect that leadership by featuring innovation, energy efficiency, and cutting-edge automation.”

“We are excited to break ground on the construction of what will be a world class facility to help us meet the fast-growing demand for packaging,” said Nick Smith, president and CEO of Rand-Whitney. “Boylston is a great location with an amazing work force, and we are happy to continue to invest in manufacturing in Massachusetts where it all began for us some 75 years ago.”

Matt Mecum, board of selectmen for the Town of Boylston, said, “We’re beyond excited for the commerce and job creation that this project will bring. When this project was initially being discussed, I mentioned that it wasn’t simply about economics and tax revenue. Boylston wants businesses that will have a positive impact on our community. We weren’t looking for simply a municipality to taxpayer relationship or vice versa. We want to partner with our local businesses to support their success and for them to be part of our extended Boylston family. We want those businesses to support both the town and communities’ success as well. What better fits into that description than the Kraft Group and Rand Whitney, a family-owned business for over 100 years.

So today is more than the start of the construction of a brick-and-mortar building. It’s the beginning of a valuable relationship and partnership that I believe will have an immensely positive impact on our community.”