This article recently appeared in “The Pipeline” and is courtesy of Local 12 Plumbers & Gasfitters and the Greater Boston Plumbing Contractors Association.

They both perform vitally important jobs. They both diagnose and repair ailing systems. One works in operating rooms at hospitals, while the other helps build operating rooms by outfitting them with life-saving medical gases. Only one makes house calls any longer. One gets to have a fancy title in front of his or her name.

Here’s a question you may not have considered when comparing plumbers and doctors: Which one of them generates more wealth? The answer may surprise you.

A number of newspapers, magazines, and online outlets have published articles pondering the relative moneymaking abilities of plumbers and doctors, including the Wall Street Journal, Yahoo Finance, and The Economist. Not to spoil the suspense, but in the long run, doctors do eventually rake in more Benjamins than plumbers. However, it takes a really long run for them to get there.

Plumbers outstrip doctors for many years in their respective careers because plumbers hit the ground running and bring home paychecks right away (and decent paychecks at that), while doctors toil away for a long time studying — and amassing massive amounts of student loan debt — before they can generate a dime.

In that respect, plumbers would compare favorably against any profession that requires a college degree, although the contrast is especially stark for doctors because of their extensive and costly training period.

“The cost of college is a huge burden,” says Jeremy Ryan, executive director of the GBPCA. For many recent graduates, he notes, student loans are their biggest expense and sometimes exceed their rent and car combined.

“There seems to be a renewed interest in the building trades from guidance counselors, parents, and the students themselves,” Ryan adds. “People are not as afraid to recommend a career in the construction industry or to pursue it.”

The numbers are even better for union plumbers.

For this article, we use data provided in an online story published by Student Loan Planner. (Ironically, the company specializes in helping people manage student debt.) It established baselines for undergraduate and medical school tuition, a plumber’s salary at various career stages, the interest rate on a doctor’s debt payments, the amount of money that both the doctor and lawyer invest annually, and other criteria.

Real-world numbers may vary, obviously. But no matter how you slice it, the general principles remain the same. In a side-by-side comparison, a plumber would have a higher net worth than a doctor for many years.

Union plumbers would fare even better than the average plumber depicted in the Student Loan Planner article.

They are typically paid more than their nonunion counterparts. Local 12 provides comprehensive training for all of its apprentices at no additional charge (hence, no student loan debt) and offers ongoing learning opportunities throughout members’ careers. The union offers a full range of benefits, including medical and dental insurance, to all of its members. And unlike nonunion plumbers — and most doctors — Local 12 members receive pensions.

“People are rethinking their career goals and taking a hard look at what they might have to pay for a very expensive college education,” says Harry Brett, business manager at Local 12. “We offer an honest living. Yes, it’s hard work. But over the past few years, Local 12 has opened a lot of opportunities in different sectors of the plumbing industry.”

For the next seven years, the doctor would earn a stipend while in residency and as a fellow, but would still be paying down massive student loans. During that time the plumber would become a master plumber and see a spike in his or her annual salary. In the 15th year of our side-by-side comparison, the doctor would still owe almost $150,000, while the plumber would have a net worth of more than $825,000.

The doctor would finally be free of loan payments at the age of 33. At that point, the plumber would be closing in on $1 million in savings. The doctor wouldn’t catch up to the plumber’s net worth until they were both 41 years old.

Granted, after that age, the doctor would have more life savings, but the plumber’s net worth wouldn’t be too shabby. If the plumber belonged to a union, he or she could look forward to a retirement free of financial stress.

“After finishing a five-year apprenticeship and training, which we provide for free, a Local 12 member could make around $90,000,” says Brett. “That’s a pretty good return on an education that they didn’t pay for.”

Who generates more wealth, a plumber or a doctor? 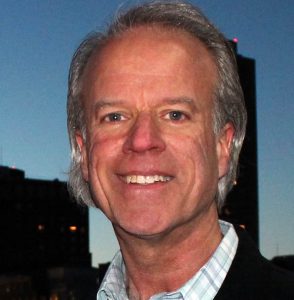 Arthur Levine, on behalf of Plumbers Local 12 and the GBPCA