On public works projects, many states, including Rhode Island and Massachusetts, require performance and payment bonds. A “statutory bond” should be pursuant to the state statute, i.e. citation and its general laws which mandates that a surety will be responsible for the performance of a construction contract as well as claims for labor and materials.

Previously, the American Institute of Architects (AIA) utilized Form A311, which was a basic form and acceptable to many owners. The AIA developed Form A312, which is rather complicated, burdensome and has notice provisions as a prerequisite to recovering under the bond, and the failure to follow the strict notice provisions will result in the surety being absolved of all liability under the bond. (See Seaboard Surety Company v. Town of Greenfield, 370 F.3d 215 (1st Cir. 2004)).

On public works projects, the statutory bond form required should closely resemble the prior AIA A311 type bond, which is without many conditions to recovering against the bond.

AIA A312 is not a statutory bond but is a common law bond that contains onerous and burdensome notice requirements that must be satisfied as a precondition to the surety’s liability under the bond. If the condition precedents are not satisfied, then the obligee/claimant cannot resort to the bond for recovery.

The AIA A312 contains the following conditions:

Section 3: If there is no owner default under the construction contract, the surety’s obligation under this bond shall arise after:

The bond between the contractor and subcontractor contains similar conditions.

If the owner or contractor does not comply with the strict requirements, the surety bond may be voided.

“We acknowledge the difficulty contractors may face in navigating between the risk of premature termination of a subcontractor and the risk of failing to comply with the requirements of Section 3 of the A312 Performance Bond.”

“Pursuant to the unambiguous language of the performance bond, any obligation of Arch to provide the window warranty was condition on Graphic’s termination of RCM, an action Graphic chose not to take.”

Termination of a contractor or subcontractor is fraught with risks in that there must be “justifiable termination,” a fact-finding issue to be determined by a court or arbitrator.

Thus, it is this author’s opinion that the A312 should not be utilized by an owner either as a public entity or private entity and that a simple statutory or simple surety bond without the three-step process as noted in the AIA A312 be utilized. 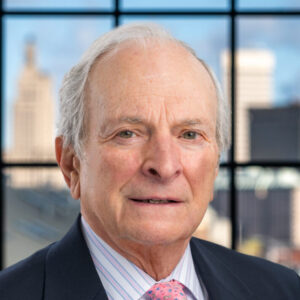