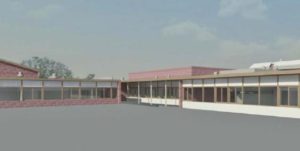 Southwick, MA – PDS Engineering & Construction, Inc., as general contractor, is completing the final phase of the Southwick-Tolland-Granville Regional Schools project involving two separate projects in two buildings that were executed under one contract.

Colliers International is the owner’s representative, JCJ Architecture is the architect, and Consulting Engineering Services (CES) is M/E/P the engineer for the projects. The Woodland Elementary School included 68,000sf, the Powder Mill Middle School 96,000sf, for a total of 164,000sf. This complex project, which required an intensive programming and planning exercise, began as a renovation to the elementary school. The project became a regional effort funded by the MSBA to expand and renovate the high school as well as renovate Powder Mill Middle School and Woodland Elementary School. 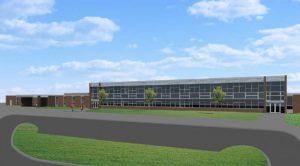 The Powder Mill Middle School project included moderate renovations to the existing school building with a small alternate gym addition. All of the existing MEP systems have been replaced with new, more energy efficient ones along with a new sprinkler system. Major interior renovations and updates at Woodland Elementary School, including all new, more energy-efficient, MEP systems along with a completely new sprinkler system throughout the building, are included in the same project.

What’s unusual about this project is that the state typically only approves renovations to one school at a time, but it approved renovations for all of all three Southwick schools simultaneously. The Massachusetts School Building Authority (MSBA) offered reimbursement for renovations to the three schools as a group.

In order to take a campus approach to the project, Southwick, Tolland, and Granville had to pass an agreement for Granville to join the regional school district at special town meetings in all communities.

The MSBA has signed a contract to fund 60% of the project, leaving nearly $30 million up to the towns to fund. Superintendent John Barry said necessary repairs to the three schools would cost $60 million if the district tackled them alone.

Other improvements to the schools include new roofs, windows, heating, air conditioning and ventilation systems, and upgrades to make the buildings handicap-accessible. There were many change orders over the course of the construction but no time extensions. Phase 1 began summer 2013. Woodland was completed summer of 2014. Powder Mill’s final phase completes summer 2015.