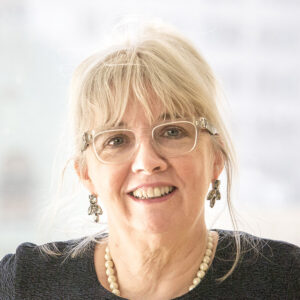 After becoming a registered nurse in Belfast, Northern Ireland, she moved to Boston and spent 25 years at Mass. General Hospital, first as a ICU nurse and then as a senior project manager in Mass General Brigham’s Real Estate and Facilities Department.

Buick has delivered multiple successful research and health system projects for prestigious institutions including Mass. Institute of Technology and Harvard Medical School, as well as for award winning architectural firms such as Payette and NBBJ.

She works with academic medical centers, hospitals, and universities, emphasizing capital and operational sustainability, staff working environment, and the importance of teamwork and a sense of humor.