Lincoln, RI – Pare Corporation recently made several promotions and shifts in the firm’s leadership. Pare president, Larry Riggs, stated, “Pare recently celebrated the 50th anniversary of the firm’s founding. Our strong legacy of serving the engineering needs of the Northeast United States was an impetus to continue preparing for our growth and to further develop succession planning for our next 50 years. The firm’s board of directors and leadership team have announced a cohesive plan for our exciting future which includes several personnel transitions.”

Riggs, who has served as president and CEO since 1986, is transitioning his duties as CEO to John Shevlin. Riggs will continue in his role as president and serve as CFO and advisor to the firm. Shevlin will now be responsible for the coordinated management and administration of the firm’s day-to-day executive functions. Before moving into the position of CEO, Shevlin served since 2004 as senior vice president and manager of the Transportation division, where he was responsible for projects throughout New England. With Shevlin’s transition to CEO, Senior Vice President Walter Heller, who joined the firm in September 2021, stepped into the role of manager of Pare’s Transportation Division. 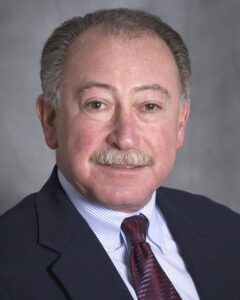 Ken DeCosta, who has held a leadership role at Pare for 28 years, has retired from the position of COO, which he held since 2019. He will be serving as an advisor to ensure a smooth transition in leadership. J. Matthew Bellisle has been named as the new COO. Bellisle joined Pare Corporation in 1997 and served as senior vice president and manager of the Geotechnical division from 2001 to 2021. As the firm’s COO, he is responsible for the oversight, support and operational performance of Pare’s technical divisions and groups. With Bellisle’s transition to COO, Allen Orsi has been promoted to manager of Pare’s Geotechnical division. Orsi, who began his career at Pare in 1998, has developed strong technical and management skills that the firm’s representatives say have been instrumental in growing Pare’s Geotechnical Division and its dam engineering practice.

Senior Vice President George Palmisciano will be bringing his career at Pare, which started in 1982, to a close. While he will continue to serve as a technical and management advisor, he will be reducing his duties to enjoy retirement. The company’s representatives say Palmisciano’s passion for engineering and public service has had an enduring impact on the firm, as he provided engineering services to every major public water system in the state of Rhode Island and hundreds of water supply projects across New England.