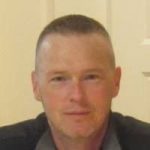 Old school. You hear the term used most often when describing somebody who’s been around the block a time or two. As somebody who is now in my fourth decade in the construction business, many people describe me that way. In my case, it’s actually quite true as my first job in construction was repairing sheet rock walls in the bathrooms of Myles Standish Hall at Boston University.

That was the summer before I attended BU. Over the course of the last three and a half decades, much has changed in the construction business as it pertains to colleges, universities and private colleges and prep schools. One thing that hasn’t is that every August, many colleges and schools will issue smaller projects and want those to be completed prior to the start of classes in September. While the level of sophistication of these projects has grown over the years, the need to complete these jobs prior to the start of classes has not.

To give you some idea about the variety of these “new school” projects, here are a few that our company has completed in recent years for institutions like Boston College, Northeastern University, Boston University and Mount Ida College.

36 College Rd—Jesuit Housing and Counseling Center – Complete renovation, which included repointing of the brick façade and the creation of new upgraded main entrance to the building. The building’s interior received a major electrical upgrade with new lighting package, as well as new finishes and flooring in the center. Some reconfiguration of the rooms to open up the space for better flow 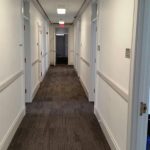 Kostas Homeland Security Research Facility – Construction of a server room for the facility that required backup systems to all MEP’s due to the importance of the data held on the server to ensure no failures that could result in loss of data. Partnered with Northeastern and United States Government on project, which was fast-tracked and completed under tight security.

President’s Office – Retrofitted an existing large space to include the new, incoming president’s office. One of the challenges was the existing open space (over 100 years old) had intricate custom moldings that had to be replicated so the office suite looked as if it all belonged. New lighting, HVAC upgrades and doors throughout. Two large rooms within building completely renovated to become a conference room and a function room. This included restoration of existing trim work, refinishing of flooring, new light package and a paint scope that included gold leaf. All work completed within three-week deadline.

So while the complexity of these projects has increased over the years, the deadlines remain the same: start of classes or bust. That requires a general contractor with large project capabilities who can streamline their process to a smaller scope. A smaller GC without a purchasing department or pre-construction coordinator is going to have a difficult time aligning all the various components for projects of this nature in what amounts to a two- to three-week window.  Frankly, a big reason why colleges and private schools hire our firm is because we can take on several of these projects simultaneously and streamline the processes of each project to meet tight deadlines.

One other thing that’s remained the same but become even more critical is the relationship and coordination with the facilities and buildings manager as well as the school’s business manager. Typically, you don’t get to these positions at universities the caliber of the ones in the greater Boston area without being an expert in your field. In most cases, that expertise does not extend to sophisticated construction projects discussed earlier. So, fostering a working partnership is imperative.

Part of that relationship development is going over each project and being clear in your planning and communications. The other part is having a certain level of sympathy/empathy for these professionals. What I mean by that is college is a big-money business. When all is said and done, families pay well into the six figures to send their children to these institutions of higher learning. For that kind of money, families rightfully expect first-rate buildings and facilities. That’s a lot of pressure to produce on the people you are working most closely with: facilities managers and business managers. So you must take that into consideration and always go the extra mile to meet deadlines.

Meeting deadlines like the ones these projects have is not a lot of fun. It can mean late nights and working weekends during a time of year when most people would rather be at the beach or getting our own children ready to go off to school. Yet it’s the general contractor that is committed to meeting the deadline regardless of the time of year that typically gets the repeat business from colleges and universities. That may be considered old school, but that’s something that will not change no matter how sophisticated the projects get.

Tom Quinlan is the president and founder of South Coast Improvement.