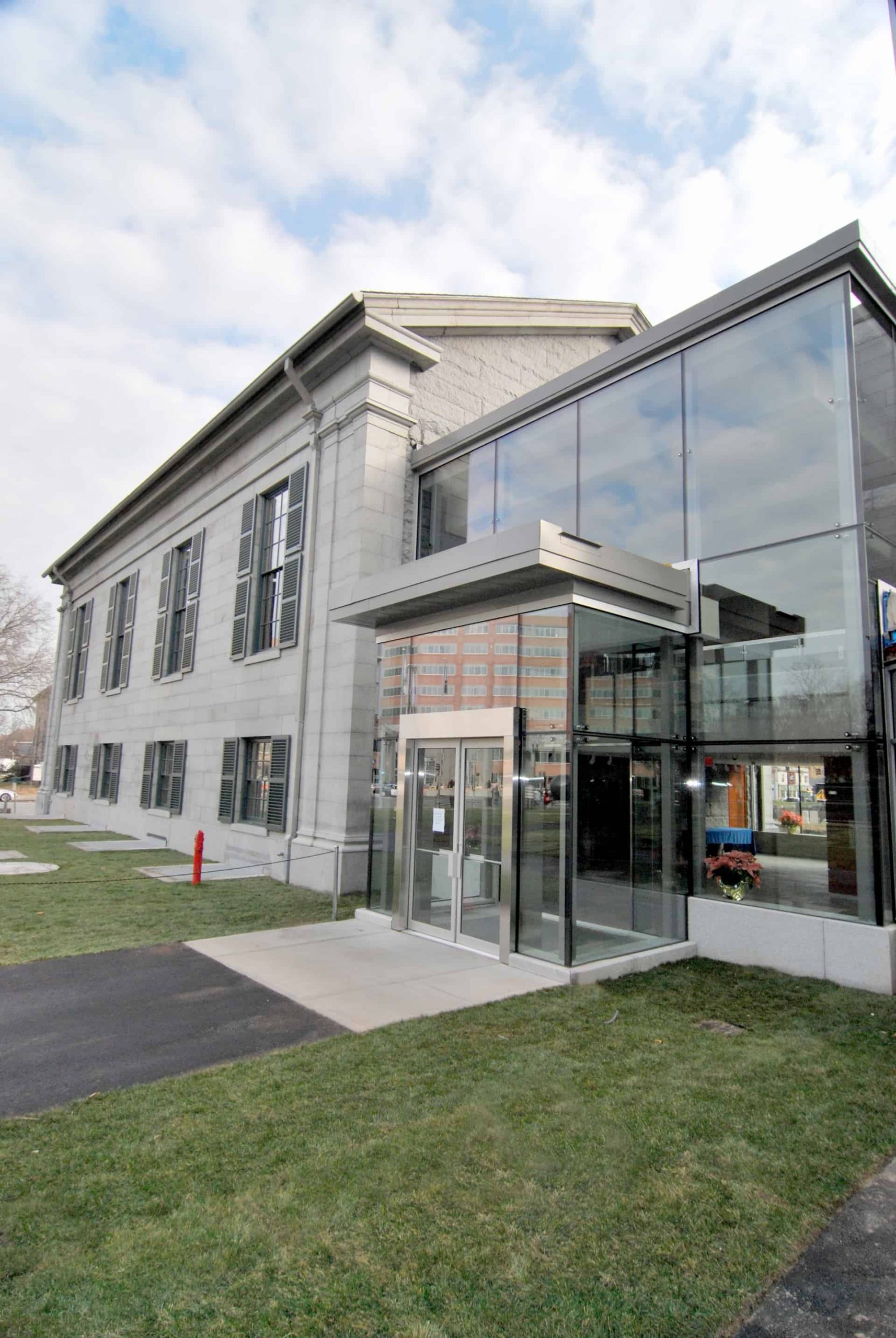 Quincy, MA – With over 100 buildings listed on the National Register of Historic Places, the City of Quincy is one of the nation’s most significant repositories of architectural history. So it was unfortunate when one of its most prominent structures, Old City Hall, ceased government operations in 2011 when it fell into disrepair.

Built in 1844, the edifice has been hailed as one of the outstanding examples of monumental Greek Revival architecture. Designed by architect Solomon Willard, designer of the Bunker Hill Monument, the beautiful granite structure features a temple front with two-story Ionic pilasters and a triangular pediment. But when a commissioned report determined the building to be “inadequate and illegal by current building code standards,” the City began the arduous process of restoring the building to its former splendor.

Nauset Construction, which had already begun the restoration and renovation of Quincy’s historic Coddington Hall, (recipient of the prestigious Paul E. Tsongas Award from Preservation Massachusetts in 2015) was selected as construction manager to work in conjunction with the Quincy architectural firm of Holmes & Edwards Inc.

The project broke ground in the fall 2013 and included the full restoration of the building’s granite façade, installation of new windows and a slate roof, as well as entire mechanical, electrical, and plumbing systems. The building’s interior was completely demolished down to its shell. “We had to shore up the existing building’s exterior walls and remove the floor assembly allowing for the new structure to be installed. We also had to completely underpin the building to meet the supporting loads for the building” said Nauset superintendent Scott Southwick. “It was a very labor intense endeavor.”

Working closely with the architect and Massachusetts Historical Commission, many building features were restored to the original design including the Great Hall, which had once served as the primary public meeting space for City residents and the City Council. The hall was painstakingly restored to its original magnificence and now accommodates 200 persons for events such as the recent mayoral inauguration. Also new meeting space was created for the City’s boards and commissions, along with exhibition space to display historic artifacts – including letters from John Adams, John Quincy Adams and John Hancock.

Windham, NH based A.P. Dailey provided millwork services to replicate the historically accurate handrails, risers, balusters, posts, columns, balconies, and wainscoting throughout the building, as well as a replica desk for the Great Room. “Quincy City Hall was a great challenge, and the thought processes that went into the completion of the building was quite extensive,” said 30-plus year veteran Bill Caldwell, field operations project manager for A.P. Dailey. “In terms of degree of difficulty, it was a 9.5 out of 10.”

The project was also met with some unforeseen challenges. Approximately one year into the renovations, a fire caused significant damage, destroying interior work and damaging areas of the granite masonry. Locating replacement granite from the now defunct Quincy quarry was no easy task. “We had to find Quincy granite that was actually large enough to replace the damaged pieces, and then we had to put it all back together again” said Dave Sandin, project manager for DeSandro Masonry, the firm responsible for repointing and refurbishing the exterior granite façade for the project. Additionally significant structural problems were discovered, which required extensive repairs. “The goal is always to try and protect the intent of the original designer, which we accomplished.”

In addition to the extensive renovation work, the connecting structure between the Old City Hall and the new City Hall was demolished and rebuilt with a combination of steel and metal decking that incorporated a Pilkington framed glass system, and included a new traction elevator. Nauset also converted the area in front of new City Hall into a green space and installed an underground, 20,000 gallon concrete vault located adjacent to the Historic Hancock Cemetery. The vault and associated equipment will serve a future water feature to be located near Quincy City Hall.

“To see the transformation of the building from its deteriorated state to its former grandeur is amazing,” said Anthony Papantonis, President of Nauset Construction. “It’s a testament to all who worked on it, from the architect, to the historical commission to the subcontractors, who provided such beautiful work.”