National – Trade Hounds, a Boston startup, announced a mobile app that connects construction workers all over the United States, providing them a digital platform to share their experiences and showcase their work.

Trade Hounds empowers construction workers across the skilled trades – carpenters, plumbers, electricians, welders, etc. – by connecting them with each other to discuss their unique construction experiences.  Members can weigh in on projects, share stories, get advice, and proudly showcase work photos, no matter their location.

Over 9,000 workers nationwide have already starting using Trade Hounds, which is available in the Apple and Google Play stores. The workers on the platform span every state in the US. 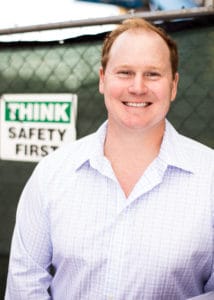 The idea for starting the company originated from entrepreneur David Broomhead, Co-Founder & CEO of Trade Hounds.

“I was raised in a small, blue-collar town in Australia, and at an early age I gravitated towards the family construction business. My uncles and cousins were all in the trades. I worked on job sites from the age of 12 and loved working to build something real,” said Broomhead. “While earning my MBA at Babson, I realized that construction workers worldwide didn’t have a digital home. It was then that I began thinking about launching Trade Hounds, whose mission would be to empower construction workers by creating a digital community just for them.”

W.T. Rich, Fontaine Brothers, as well as nearly a dozen more contractors and subcontractors have agreed to partner with Trade Hounds and support the Trade Hounds mission.