Spring field, MA – MGM Springfield recently celebrated the topping off of the casino resort by placing the final curved steel beam atop what will be the hotel rotunda along Main Street. This significant construction milestone comes as the much-anticipated resort moves toward its opening in 2018. 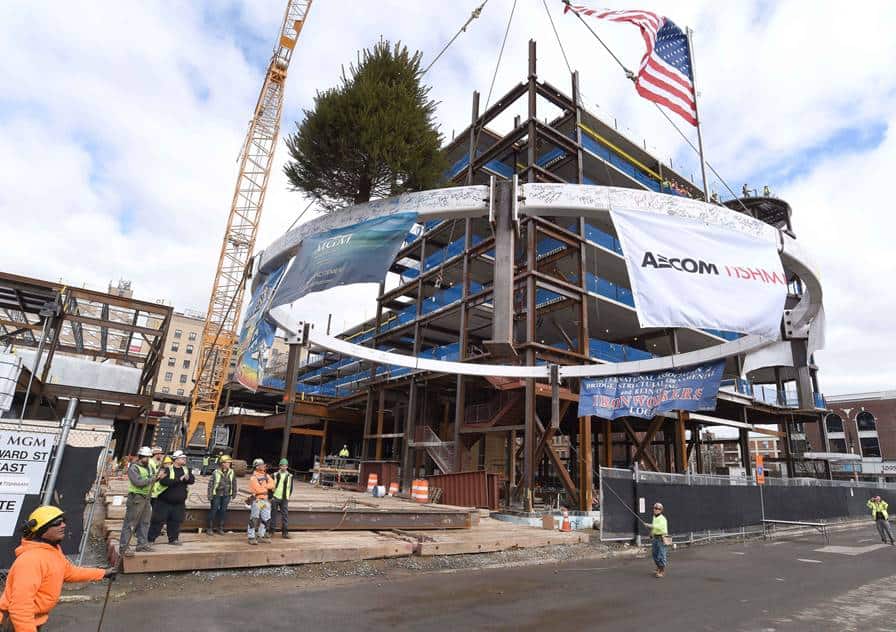 The final curved steel beam is placed atop what will be the MGM Hotel’s rotunda.

Also in attendance was Sanborn Head’s geotechnical and environmental team of engineers and technicians. As the principal in charge of the site assessment and due diligence, Senior Vice President Tricia Pinto said, “I’m proud that we contributed to the integrity of the MGM structure and am certain that it will give the economic boost the community is looking for. Sanborn Head has been instrumental in this mixed-use redevelopment that is expected to transform the South End area of Springfield. I’ve been working on this project since 2012, and it gives me a great sense of pride to see the structure reach its final height.”

The final steel construction beam was signed by the construction workers and dignitaries, hoisted, and adorned with an American flag and a symbolic tree. 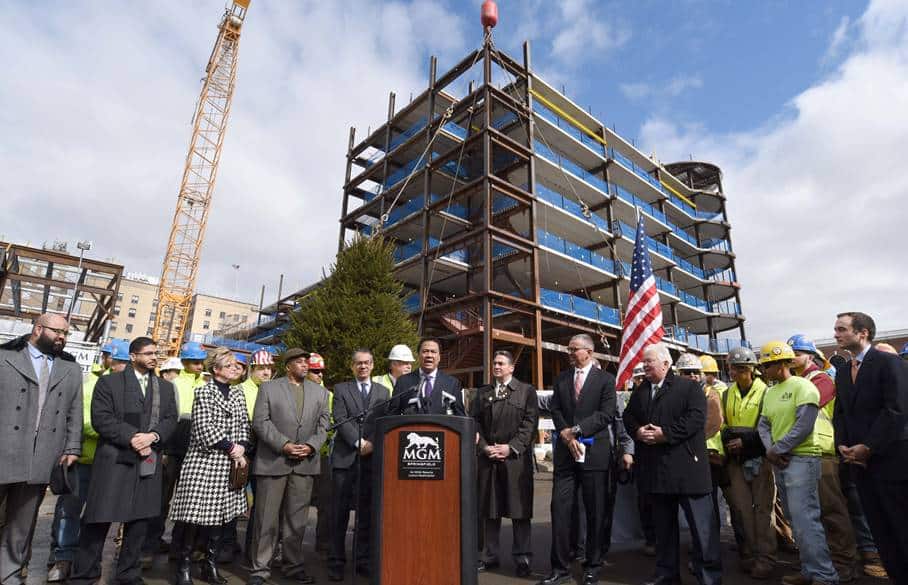 “Every day this site becomes more of a reality for the city. The footprint and future of our downtown is transforming, and our citizens are feeling the excitement.” said Mayor Sarno. Today is a great day and we will build on this momentum with a cooperative spirit so MGM Springfield can open its doors in September 2018 and let the world know Springfield is open for business.”

Mathis said, “Our talented construction team has worked very hard to get to this point. This is a moment to celebrate how much we have accomplished together with our construction manager, AECOM Tishman; our subcontractors; and our friends in labor. It is also time to reaffirm we are ready to push forward with the hard work still ahead to bring this project to fruition

“I want to thank the hard working and talented men and women who have made today possible. Every worker has come on site with a collaborative spirit and can-do attitude. I am honored to be part of this team, MGM’s vision and a true revitalization project.” said Randy Pitts, Tishman VP.

As the largest Western Massachusetts private investment in history, MGM Springfield will employ 3,000 permanent employees, 90%of whom are expected to come from the region. Workforce development will continue to be a priority as the company looks toward mass hiring in summer 2018. In addition, through the Host Community Agreement, MGM Springfield has estimated it will spend approximately $50 million annually with local and regional vendors and suppliers. MGM Springfield is expected to bring in hundreds of millions in projected revenue