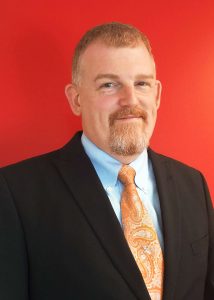 Raymond, NH – Jason Mayeu, director of marketing for Jewett Construction Co., Inc. (JCCI ), has been named to the board of directors of the March of Dimes – NH Chapter.

Mayeu’s involvement with the group began seven years ago when a friend’s son was born 12 weeks early and received assistance, both during and after his many weeks in intensive care, from the organization that works to prevent premature birth and birth defects.

Mayeu and Jewett Construction have participated in the New Hampshire chapter’s annual “March for Babies” walks in Portsmouth and Manchester, and Mayeu was recently appointed marketing co-chair of the Auction Committee for the October 19 “2015 Manchester Signature Chefs Auction and Night of Giving,” of which JCCI is a Silver Sponsor.

He is a former senior director of creative services at Southern New Hampshire University and project manager at O’NEIL Communications in Tyngsboro, Mass.

“The March of Dimes holds a special place in my heart, having done some amazing things for a number of loved ones,” Mayeu says.

Jewett’s involvement with the March of Dimes dovetails with its longtime support of the Children’s Hospital at Dartmouth-Hitchcock’s annual CHaD NH East-West High School All-Star Football Game—an all-important fundraiser benefitting a number of critical programs at the hospital, including the Kristen’s Gift Endowment Fund for children fighting cancer.

Mayeu says. “I’ve experienced their knowledge, support and generosity first hand and I’m very excited to be joining the Board of Directors here in New Hampshire to help raise awareness of this great organization.”