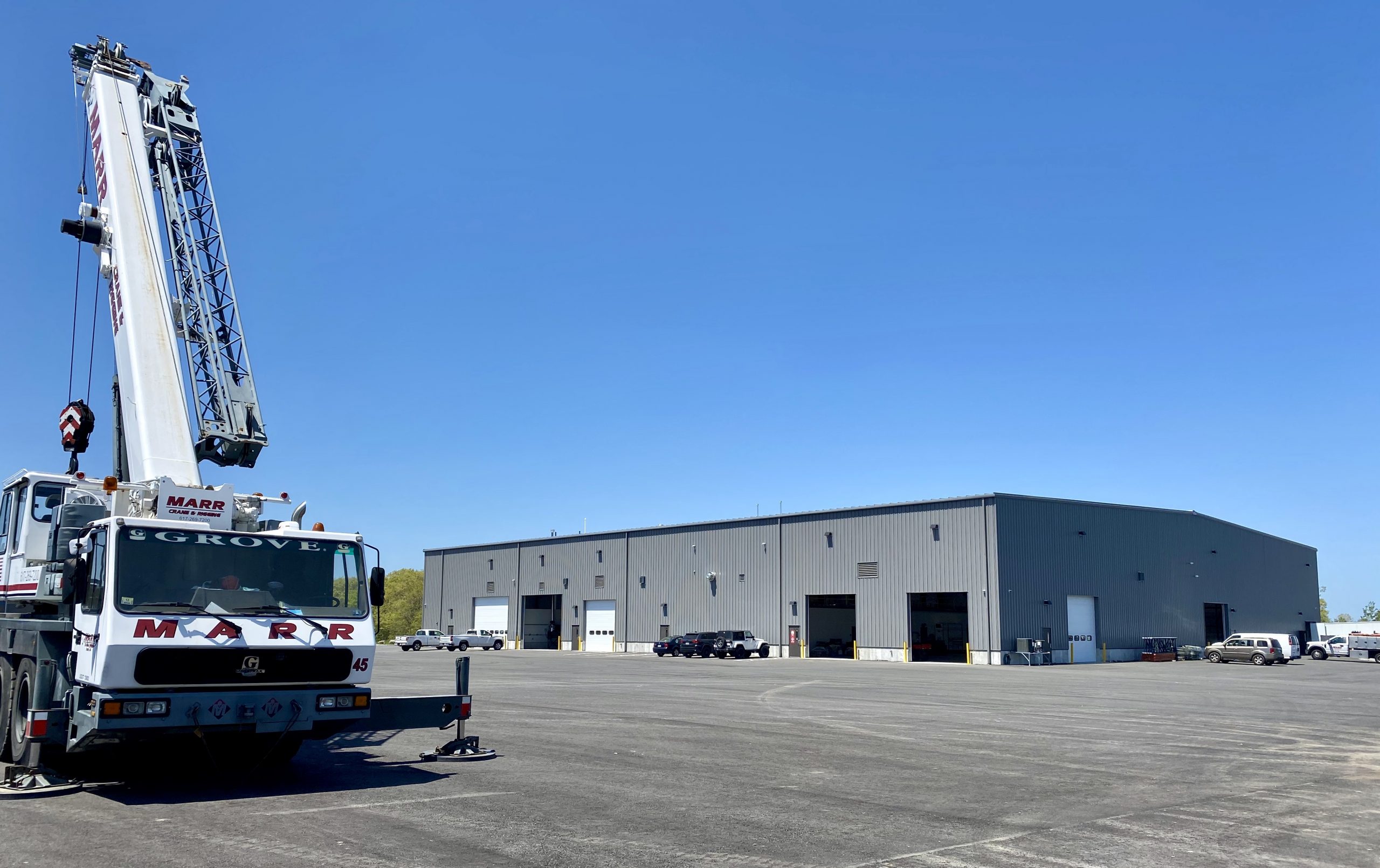 Marr South consists of an office structure, a warehouse and five acres of paved land.

For The Marr Companies, May brought forth not just flowers but extensive landscaping at Marr South, the new location of Marr Crane & Rigging and other complementary Marr services in Braintree, Mass., which recently opened for business.

In 2018, the company acquired 16 acres of land at 201 Commerce Drive in Liberty Park in Braintree. The property has undergone a tremendous transformation with approximately two-thirds of the parcel, 10.5 acres, now developed. According to Marr Crane & Rigging president, Dave Marr Sr., “this project represents one of the largest expansion projects The Marr Companies has taken on in recent years. For 122 years and counting, we are ever true to our mission of reaching new heights in the New England construction industry.” 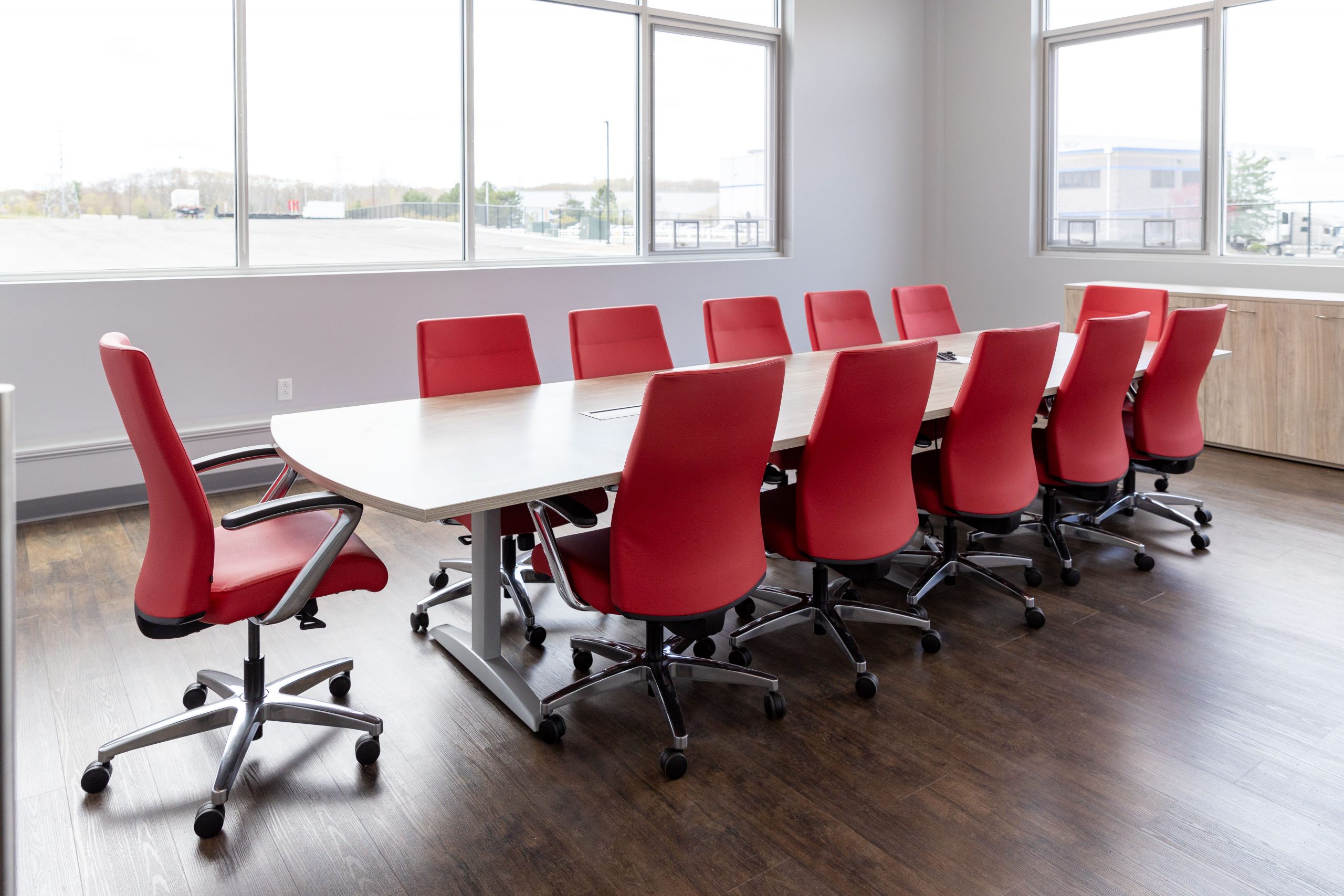 A look inside the office at Marr South

The developed portion of the property consists of a 3,500sf office structure, a 41,000sf warehouse and five acres of paved land. The warehouse accommodates crane, rigging and elevator operations, with two overhead bridge cranes (10-ton capacity each), as well as an inside bay for equipment washing and truck repair. Each operation has its own breakroom.

Dave Hughes, Marr VP of property and equipment, noted that from conception it was very important that the new space be constructed with state-of-the-art, environmentally friendly features. LED lighting illuminates the interior and exterior spaces. A full air exchange system brings fresh air in and exhaust out. The warehouse structure is extremely energy efficient with the help of thick, leak-proof roof and wall insulation, gas unit heaters and 16 thermal skylights.

Marr is very appreciative of all members of the project team for their dedication over the past year. Project manager Roger LeBlanc, in collaboration with construction consultant Tom Goemaat, led the team efficiently, staying within budget and meeting deadlines right up until completion in mid-May.

Additional thanks goes to the town of Braintree for its support and for facilitating the completion of the project in a timely manner. According to Hughes, “they were very organized and detailed but more than fair to do business with. It was a pleasure.”