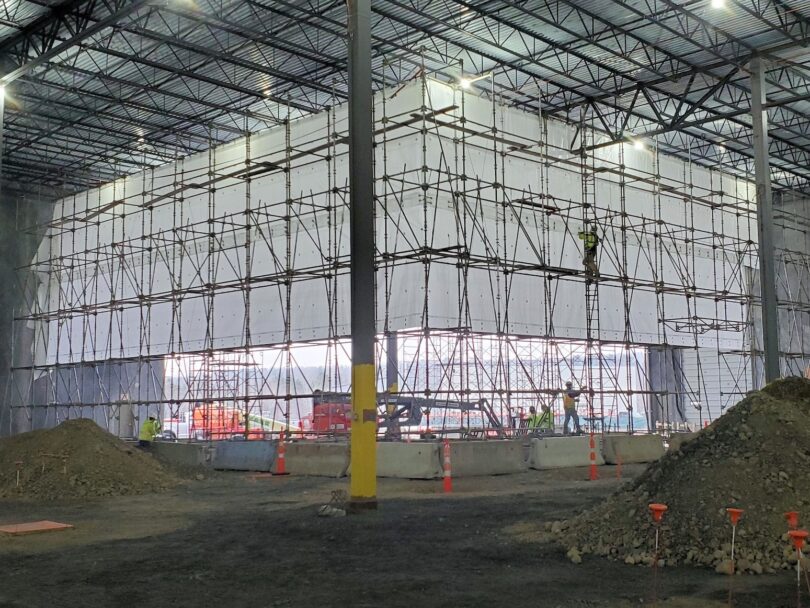 Marr Scaffolding Company’s (MSC) Shoring and Scaffold Divisions have been working for general contractor DPR Construction to install shoring and scaffold at the 290,000sf facility, an existing structure that is being retrofitted for Thermo to incorporate state-of-the-art laboratories, production suites, warehousing, office space and more. 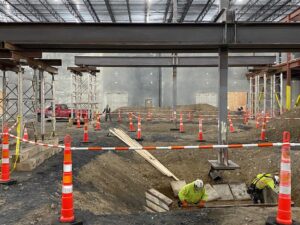 Marr built multiple shoring towers to support the removal of columns and column footing replacements on site at the facility.

In late December 2020, MSC’s Shoring Division installed multiple shoring towers to support two columns tagged for removal and four columns for concrete footing replacements. A combination of Hi-Lite and Shore-X equipment was used to build the shoring towers, and each setup included four 50-foot steel beams, weighing over 7,500 pounds each, installed across the top with a 10k Lull telehandler. Daniel Marr & Son, Marr’s structural steel and precast company, assisted in welding all the custom steel channels to the columns.

In addition, MSC’S Scaffold Division installed two 180-foot-long sections of free-standing scaffolding, 40 feet high, along two exposed corners of the new facility. The staging was built using Systems scaffolding and wrapped in Monarflex sheeting for weather protection. Due to the instability of the unfinished structure, the scaffolding was designed to be freestanding and was built parallel to the facade using a system of tubes, clamps and cables that tied into jersey barriers on the ground.

The scaffold and shoring will remain in place through April of this year. The facility is expected to open for business in 2022.