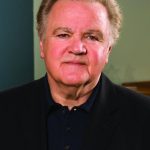 Yes, many Towns and Cities in New Hampshire are encouraging “mixed use development,” however; some of the encouragement is directed at “life-style centers” with living units directly above the retail users. The life-style concept works in Celebration, Florida and in numerous other, more densely populated locations, however, there has been a reluctance to try these centers in N.H.

The hesitation to invest in life-style centers has been broad based and includes resistance from developers, real estate agents and the end user retailers.

What seems to be working in NH is “Market Driven Mixed Use development,” which situates housing proximate to, but not on top of, or abutting, retail/ commercial uses. And key to the success of mixed use development, has been ordinances that provide guidance for the developer, while allowing for flexibility as market driven forces play out over the multi-year construction of a large mixed-use development.

The “Dover Fields” mixed use development, located in South Dover,  is a good example of a market driven mixed use project. It consists of a 40,000sf  Hannaford’s market, out parcels for a bank and a coffee shop, as well as an additional 15,000sf of retail. The overall development also includes 144 age restricted modular housing units with a mixture of single family, duplex, and triplex units all with the use of a 4,500sf clubhouse. The housing is further supplemented by 70 congregate care units and 60 affordable senior housing apartments.

The Dover Field development has public bus service available and other features that accrue to its location in South Dover, namely, proximity to the University of New Hampshire, a few miles south in the neighboring Town of Durham, and, it is only a short drive to the N.H. Seacoast and the tourist Town of Portsmouth. The development has paths and sidewalks to facilitate walking to retail establishments and an overall “feel” of a small community within the City of Dover.

As I mentioned above, flexibility in the regulations has been a key to the successful development of Dover Fields, and of course the credit for the flexibility goes to the Planning Department and the Economic Development office of the City of Dover. The initial construction began in 2007, and almost immediately confronted the head winds of “the great recession” of 2008 and 2009. As you might expect, changes in the plans had to be made to accommodate changing economic realities and the City worked with the developer to amend the plan and modify the initial mix of end users.

Residents of Dover Fields will be able to walk to the grocery store, bank or coffee shop, or hop a bus to downtown Dover (and perhaps eventually to UNH). There are walking paths that provide for leisurely exercise in pleasant surroundings with ample open space preserved in an almost park like setting.

Properly designed, mixed use developments offer an alternative life style that can be quite appealing to our senior citizens looking to downsize.

Robert Cruess, PE is a  director at TFMoran, Inc.