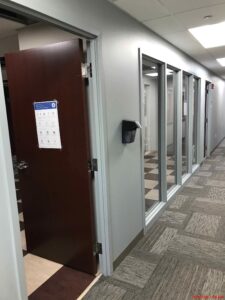 As with other industries, productivity within architecture and construction necessitates coordination of factors to reach a project’s realization. Poor communication and misunderstandings undermine timelines, along with the varying factors of year end spending, lease expiration and manufacturing demand. Under normal conditions, these elements interplay culminating in a project’s lifecycle, however under duress become exacerbated, particularly when the traditional construction methodology is used.

For those employing design build, acceleration of schedules becomes an innate capability, enhanced by strategic planning and partnership to meet schedule demands. In mid-August, Dacon was approached by an electrical subcontractor needing a complete office renovation in four months, including a certificate of occupancy and final billing, yet there was no set scope, plans or budgeting available.  In recompense for this, in-house drawing production, costing and readily available construction talent enabled quick strategic deployment. While the scope was being formed, budgeting ran simultaneously. The construction team aligned with the pre-construction group to devise a strategy for permitting, mobilization and long-lead items. While permits were submitted, pricing was finalized. 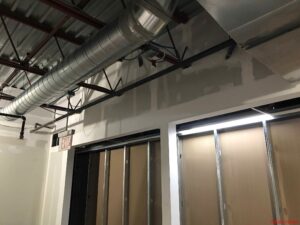 With the client fully immersed in design build’s attributes, they became invested partners in rapid execution.  Long lead times were integrated and accounted for, enabling a smooth project cycle. Not only was the project’s execution feasible, but Phase 2 scope was integrated as well into the current work schedule, contributing to overall project transitioning.

Pandemic-driven uncertainty and economic fluctuation has the potential to hinder any and all facets of scheduling. Providing an option to meet demand, along with built-in quality control mechanisms, ensures progress of facility design and construction in a contributory effort to move this industry and our economy forward.

Jen Luoni is director of operations at DACON Corporation.