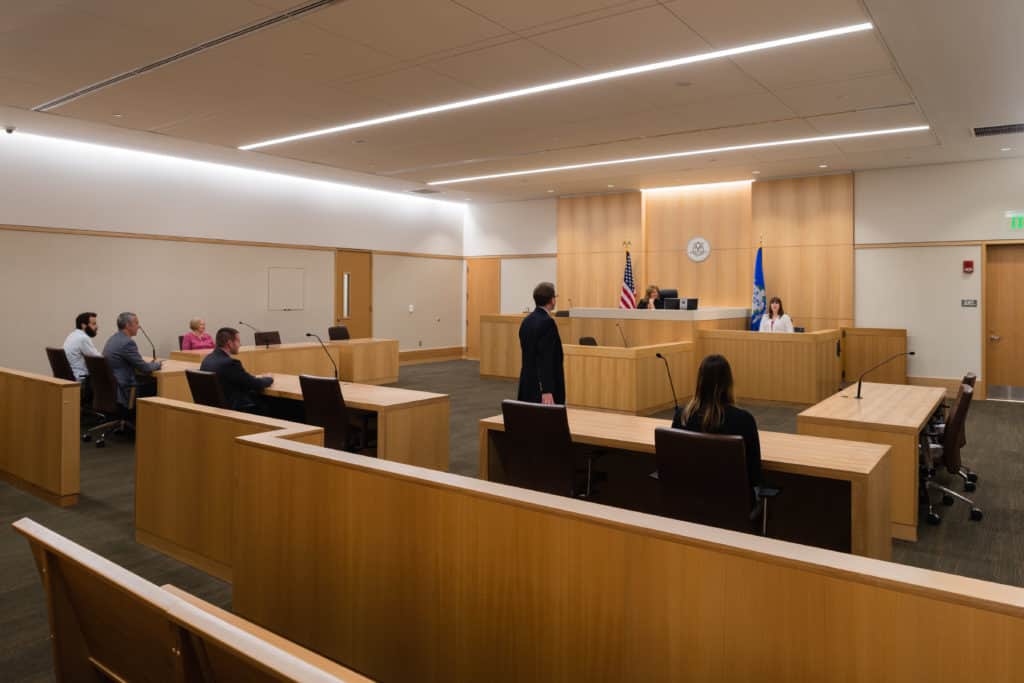 First proposed 45 years ago by a Connecticut Superior Court judge, the new Litchfield Judicial District Courthouse project has had a long journey to opening its doors this past summer. The $70 million project, located in Torrington, Conn., was just awarded the coveted Project Team of the Year award, along with a First Place award, from the Connecticut Building Congress.

The journey from a judge’s dream to a construction reality included years of political wrangling over the new court’s location, funding delays, as well as delays in the state’s design-build bidding process. But once the design-build team of KBE Building Corporation and the DLR Group was selected, the project timeline moved from snail to jackrabbit pace.

The winning design proposed by the design-build team of KBE Building Corporation and the DLR Group offers a 183,000sf, four-story building, along with structured parking that nestles companionably into the Torrington neighborhood of brick buildings.

Designed as a 75- to 100-year building, the complex offers a perfect union of judicial functions previously dispersed throughout the county, with separate courts for juvenile, criminal, family, and civil matters. Areas for probation officers, district attorneys, and other court support functions are now located under one roof. Enhanced security features, technology, high-end millwork, imported tile floors, acoustical systems to achieve sound absorption, and a design aesthetic that evokes monumentality of the space are all part of the finished building. 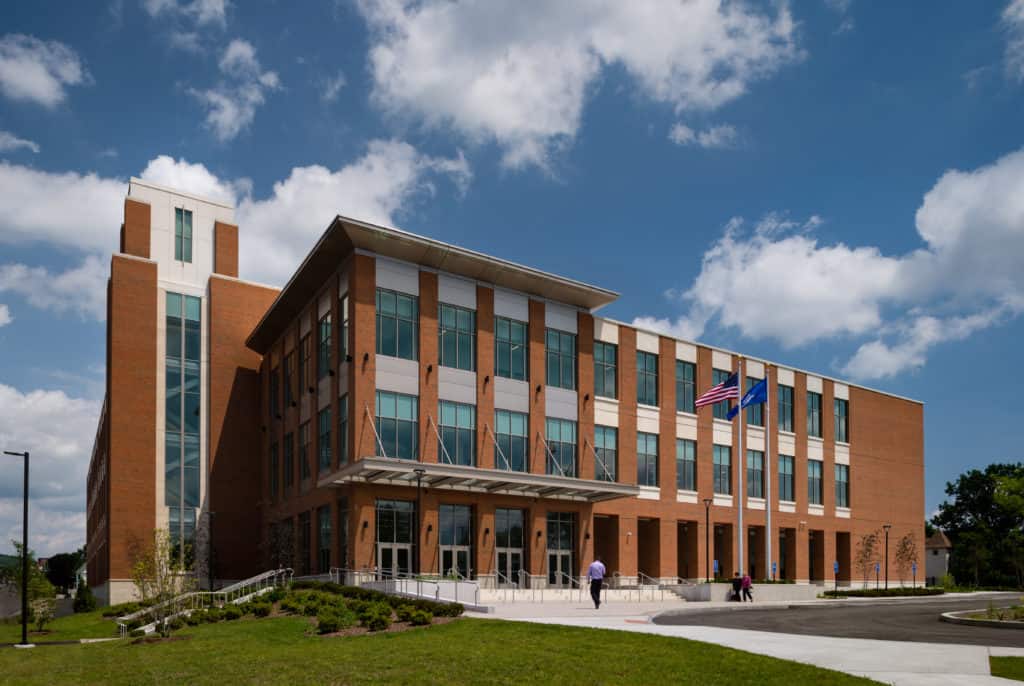 The project included conventional construction with relocation of existing utilities and installation of new utilities, concrete foundation, steel structure with concrete slab on deck, masonry cavity walls with brick veneer on the three levels, precast wall panels on the foundation, and a metal framing and panel system on the fourth floor.

In all, the project took 31 months to complete, from the start of design through substantial completion. Nonetheless, the project’s reputation for delays and challenges continued to play out. Among those:

Let is snow. Twenty snowstorms assailed the state in the winter of 2014-2015, dropping 60+ inches in the region — double the annual average. Every excavation had to be cleared of snow . . . and then cleared again. The schedule called for rock blasting and removal for that winter — but no one could mobilize because of the extreme cold.

Building in a bathtub. Once blasting did start, the team ran into unexpected and extensive groundwater, starting the long and tedious dewatering process. Every day for 18 months, 100,000 gallons of water were pumped from the site. The civil engineer described the situation as “dropping an entire building into a bathtub.”

Compact site. The quintessential postage-stamp-sized lot and poor conditions of adjacent roadways meant continually rebuilding and relocating the 250-ton crane to erect the structural steel. Staging was, of course, another challenge, and the schedule often had to accommodate moving materials around the site. 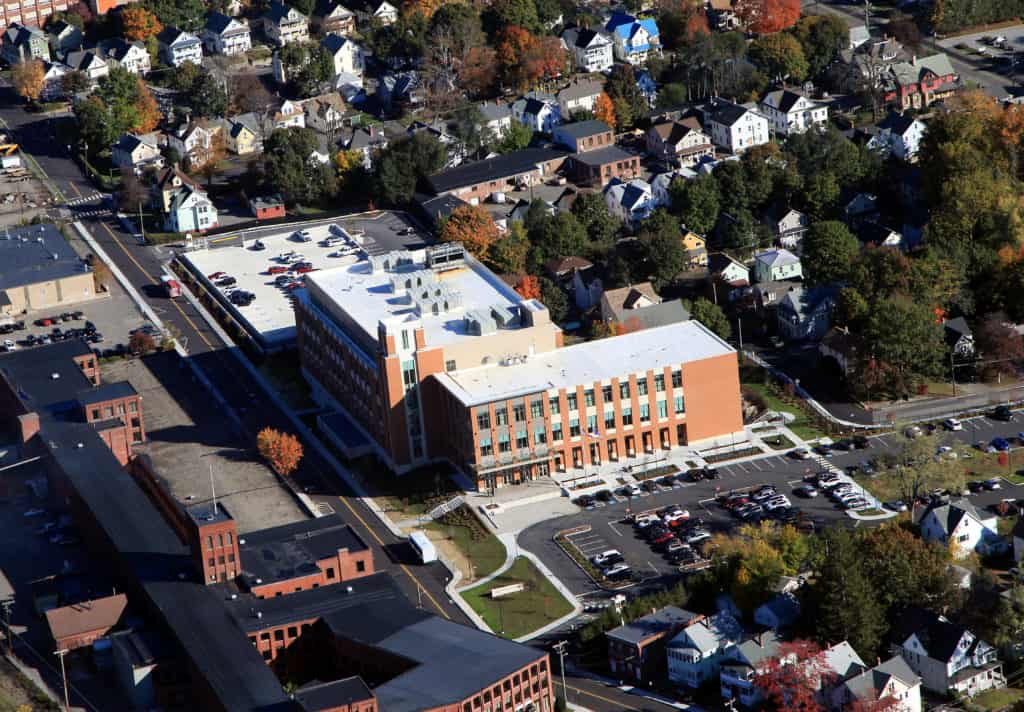 Last minute loss. One key factor in the project’s success was the engagement of the various MEP trade contractors in a design-assist process. Unfortunately, the electrical design-assist contractor had to withdraw from the project as MEP design documents neared completion. The owner recognized that his firm did not have adequate capacity to staff and complete the project and notified KBE leadership before construction began. Happily, KBE was able to bring in another trade contractor to complete the project without impacting the schedule.

Jonelle Lawhorn is the director of marketing at KBE Building Corporation.