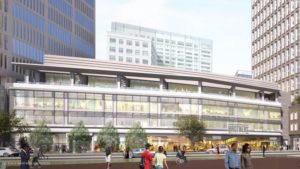 Commodore Builders was the GC on the project.

Brothers Marketplace, the first grocery store in Kendall Square, opened in November. It features 12,000sf of retail space and 8,000sf of prep space, including a state-of-the-art kitchen for prepared foods.