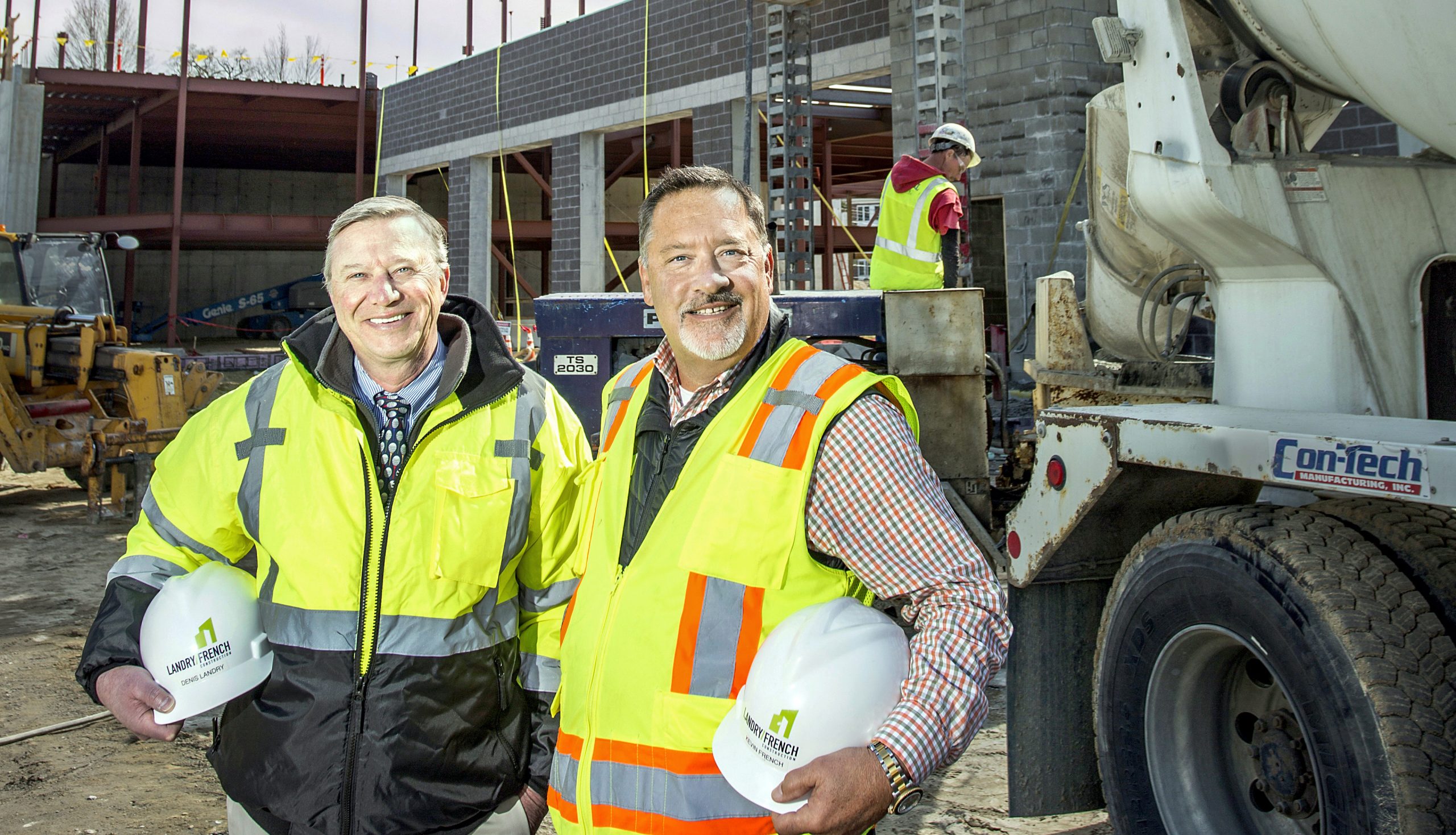 Scarborough, ME – Landry/French Construction is celebrating its 10th anniversary.  Established in July 2010 by Denis Landry and Kevin French, the company was founded at a time when the country was coming out of the Great Recession. Maine was lagging in the economic recovery and construction employment was at a 15-year low.

The company hired a handful of employees in its first year, including five who are still with them: Rob Donahue, Becky Knox, Charlie Baillargeon, Scott Cristina, and Ian McCracken. Today, the company has grown to over 50 professionals – many from regional and national companies – and services clients throughout Northern New England with offices in Maine and New Hampshire.

Denis’ and Kevin’s goal when establishing the company was to be client focused and build lasting relationships. In its first few years, Landry/French earned the trust and respect of several repeat clients including Abbott, Allagash Brewing Company, Bangor Savings Bank, and cPort Credit Union. The company’s first project was a new branch for cPort Credit Union in Augusta.

Landry/French Construction built a diverse portfolio of work throughout the region over the 10 years including education, healthcare, municipal, commercial/corporate, housing and industrial/manufacturing projects.

An employee-owned company, it has received numerous awards and accolades including three AGC Build Maine Awards, the Governor’s Award for Business Excellence, and the Best Places to Work in Maine for the last five consecutive years. The company’s growth landed them on the Inc. 5000 Fast Growing Companies list in 2017 and 2016.

“Looking back, it was the perfect time to start Landry/French. It gave us the opportunity to start small, grow organically and create the culture we wanted for our company,” said President Denis Landry. Kevin French, executive vice president, also reflected, “Over the past 10 years, Landry/French’s growth has allowed us to attract some of the best talent in the industry and compete for more challenging, complex projects.”

Landry/French was founded on values of honesty, integrity, and “doing what you say you’re going to do.” Staying true to those core values has been key to Landry/French’s success during its first 10 years in business.