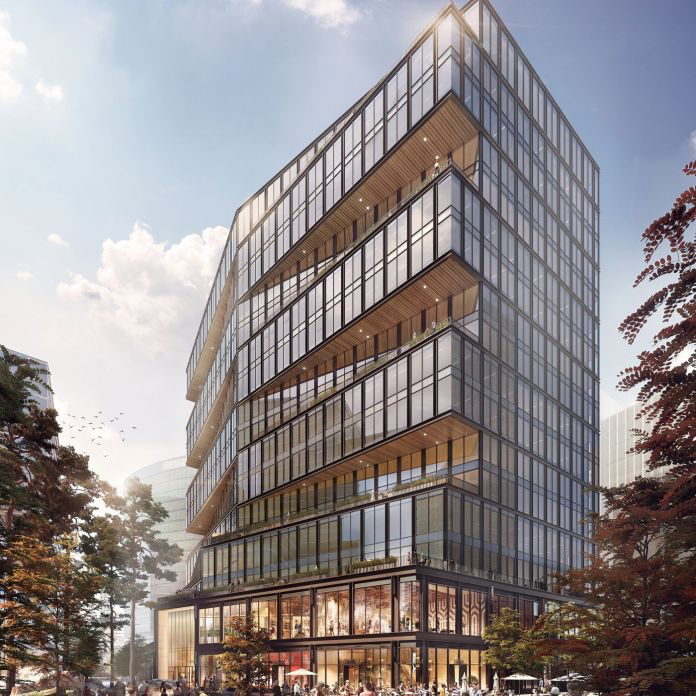 The NECA contractor met an accelerated 9-month project schedule, effectively managing procurement and delivery of the extensive electrical equipment and commodities packages during the two-phase project. Amazon took occupancy of the lobby and floors 3 through 9 in February, and floors 10 through 17 in June.

Utilization of 3D BIM coordination and prefabrication were keys to the efficiency of the project, as the facility’s open-ceiling design required wiring to be installed in hard conduit on 16 floors. Project coordination between general contractor Turner Construction, JMB, and multiple trade subcontractors was critical in meeting the fast-track schedule. JMB worked methodically with multiple crews to ensure all electrical systems were roughed-in, inspected, installed and commissioned as planned.