South Portland, ME – Design-build construction manager and general contractor Jewett Construction of Raymond, N.H., has been selected to manage the scale house replacement at ecomaine in Portland, Maine. This is the second ecomaine project for Jewett, following an interior locker room renovation in 2016. 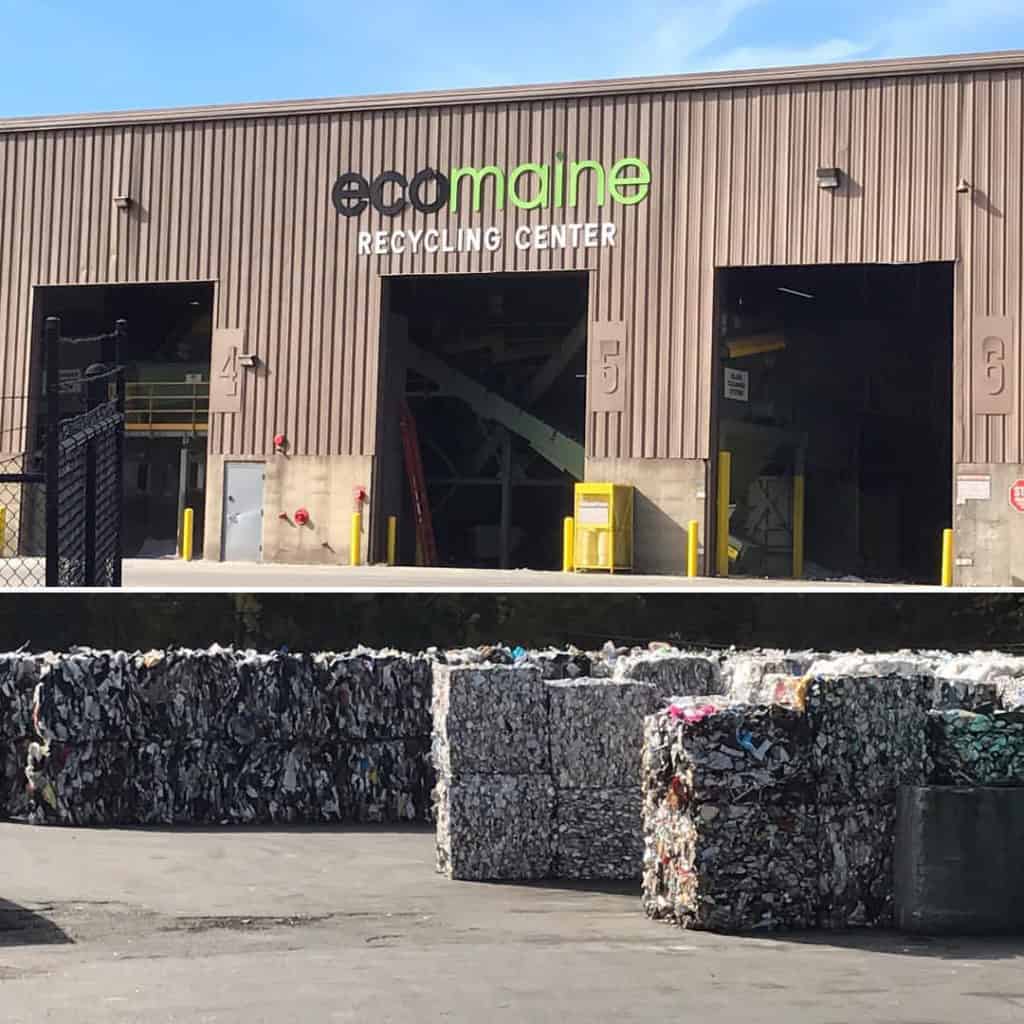 The scale house is used to weigh vehicles when they arrive and depart from the facility. The project will include the creation of a temporary scale house, demolition of the existing structure, relocation of the scale control equipment, and the construction of a new building in addition to various site improvements. 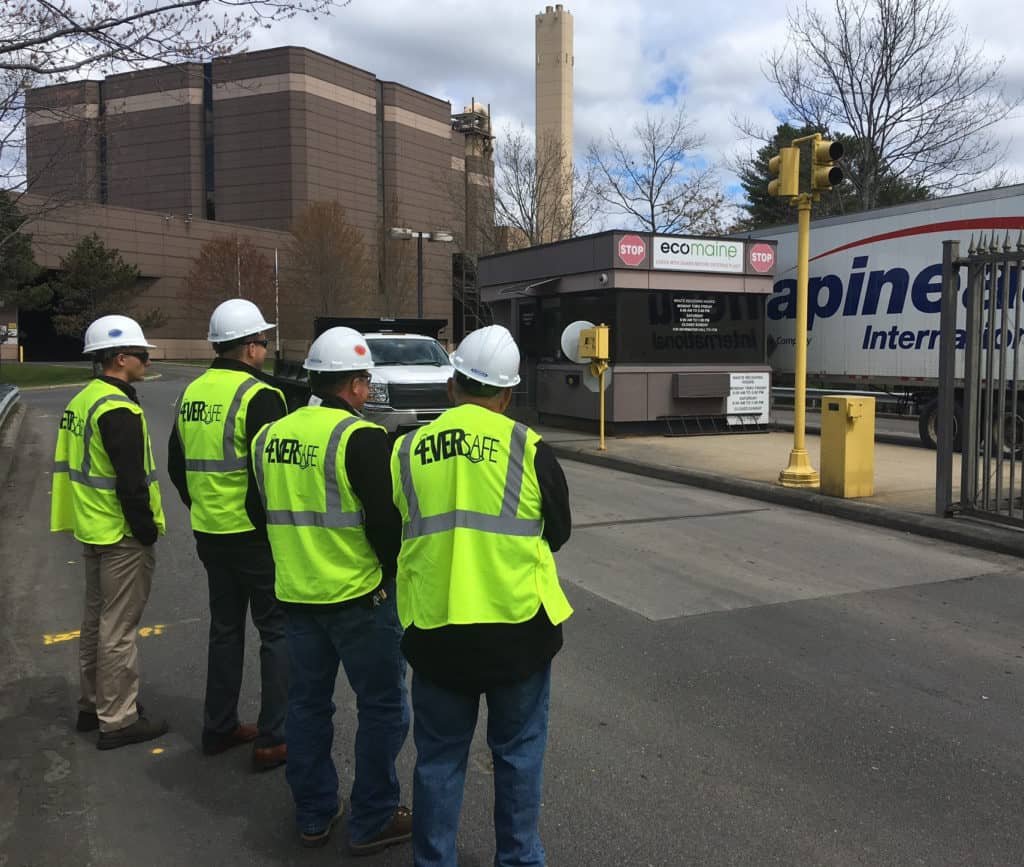 Jewett team members review the scale house site prior to the start of construction.

Ecomaine is a non-profit waste management company located in Portland, Maine which processes nearly 45,000 tons of recyclable material each year.  Using single-stream recycling, ecomaine makes recycling easy for Maine residents, resulting in an increased participation rate, serving nearly one third of the population of the State of Maine. Any non-recyclable materials collected at ecomaine are also re-used as fuel to produce electricity.

“We could not have been more pleased to work with Jewett on our locker room renovation. The site work, attention to safety and ability to react to changes throughout the process was quite an accomplishment.  We look forward to continuing the relationship with their team of professionals on the scale house project.” Winfield Stratton, ecomaine Project Manager, on selecting Jewett Construction. Scale house construction is currently underway in May 2017 and expected to be completed in nine weeks.